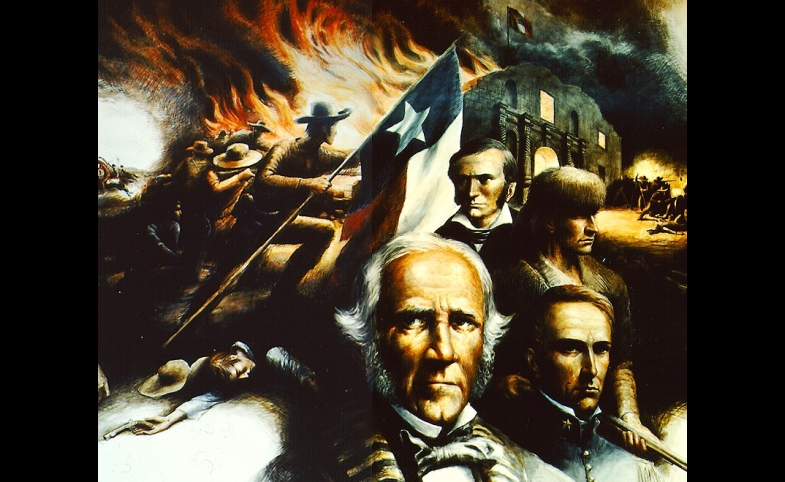 Anyone who has been keeping up with the news recently can tell you that Texas has a strange reputation in Norway. For the past fifty years or so, they've been using the expression “Det var helt Texas!” which translates into "That was totally Texas!" to refer to crazy and out of control things, such as a swordfish shooting out of a fjord.

In a different corner of Europe, it had another meaning altogether. The Texas Embassy Cantina stood near Trafalgar Square in London from 1995 to 2012. This Tex-Mex restaurant was the closest thing to an authentic Texan experience that London had to offer, with everything from Lone Star beer to chicken fried steak. Some people were disappointed by the food, but the Texas Embassy Cantina was far more than a mere kitchen; it was a destination spot for both London locals and visitors from Texas and beyond. It was a memorial to a time long since passed, a time when there was an actual Texas embassy -- just a stone’s throw from the cantina.

From 1836 to 1845, Texas was an independent republic. For nine brief years, it worked tirelessly on its public diplomacy, opening up embassies in Paris and London to improve global standing and recognition as an independent state, and to shore up global support in case Mexico should dare to declare war again.

Texas’ brief foray into independence is remembered by far more than plaques, however, and in a far more effective way: through the hearts and stomachs of the British people and the imaginations of Norway’s citizens.

France was the first to recognize the fledgling state's sovereignty, and ambassadors were exchanged in 1839, followed by the establishment of an embassy where the Hôtel de Vendôme currently stands. Although the embassy only stood for a year, a decorative plaque memorializing its existence remains on the hotel walls.

The Texans weren't able to find digs quite as fancy in London, and had to share their building at No. 4 James Street with a wine store, a brothel, and a gambling den. Still, from 1842 to 1845, the second floor of the building belonged to the representatives of the Republic of Texas.

Once the Americans were able to bring the Lone Star State into the fold in 1845, the delegation was disbanded and the Texas representatives left town without paying a $160 bill at Berry Bros. & Rudd, the legendary wine merchant next door to their London embassy.

In 1986, more than a century after those dastardly diplomats skipped town, 26 Texans dressed in buckskin showed up at the shop's door to hand over $160 in replica Republic of Texas bills.

It is worth noting that Texans and Brits had been working on their own "special relationship" even before this debt was repaid. The Anglo-Texan Society was established in London in 1953 for "persons of either sex who have some definite connections with both Texas and Great Britain.” Graham Greene himself served as their first president. In 1963, the society put up a plaque on St. James Street to honor the place where the embassy once stood. Not to be outdone, Governor Rick Perry put up another marker on the site fifty years later on an economic tour of England.

Texas’ brief foray into independence is remembered by far more than plaques, however, and in a far more effective way: through the hearts and stomachs of the British people and the imaginations of Norway’s citizens. The Texas Embassy Cantina stood near the location of the embassy, and did its part for gastrodiplomacy while it lasted. The Norwegians have chosen to understand Texas as being larger than life, and inserted this meaning into everyday language.