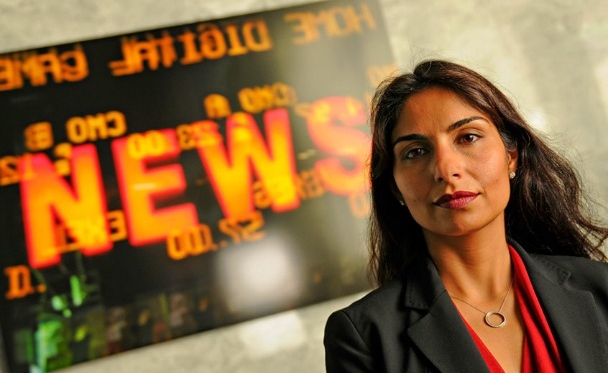 Launched in July of 2008, Allvoices is the fastest growing citizen media site with over 9 M unique users per month and 300,000+ citizen reporters from over 180 countries. Allvoices is a venture-backed company with $9M in capital raised from VantagePoint Venture Partners and Silicon Valley Bank.

Amra started Allvoices after 9/11. As a Muslim woman, Amra felt that mainstream media was biased, portrayed people in a certain way, and did not provide multiple points of view. She believed there was a need for a social media platform where individuals can report on-the-ground news, share opinions, and understand each other’s perspectives (local and global) through real unedited conversation. At its core, Allvoices is about democracy, giving power to people, and making a difference. Through technology, Allvoices utilizes professional and online news sources, blogs, images and videos to determine relevancy, foster credibility and maintain openness with each contribution made to the site.

Summary
Tareen discussed Allvoices.com, an online platform which allows online media participants to post and find articles from citizen journalists, both local and global. Allvoices receives nine million unique visitors per month where 60% of the content is international and 40% is posted by users in the United States. One of the many unique aspects of Allvoices is that it does not take copyright on any of the published content. In general, the most popular posts are opinion pieces. Each citizen journalist has a ranking and the most interesting and accurate posts rise to the top through this system. This platform for citizen journalism brings about new discussions and questions for international broadcasting, citizen diplomacy and public diplomacy.