Home|In the Black Fantastic: A Conversation with Ekow Eshun 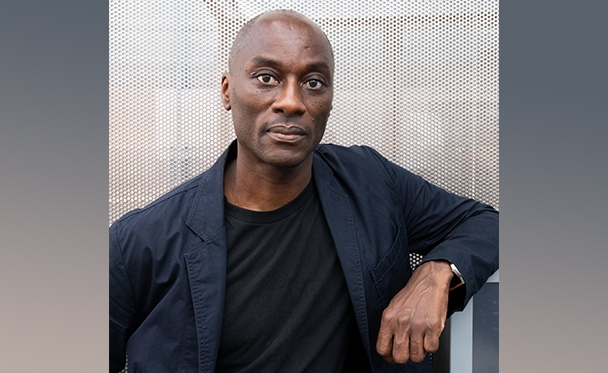 In the Black Fantastic: A Conversation with Ekow Eshun

Join CPD for a conversation with writer and curator Ekow Eshun to explore the transnational worlds of Black creativity and imagination through the exhibition “In the Black Fantastic.” The show is dedicated to the work of contemporary artists from the African diaspora, who draw on science fiction and myth to address racial injustice and explore alternative realities. It brings together artists who inventively recycle and reconfigure elements of folklore, myth, spiritual traditions, pageantry and legacies of Afrofuturism. At once vivid and thought-provoking, lyrical and relevant, the works in the show embody the power of the fantastic to help us chart new ways of confronting legacies of racism and celebrating cultures of resistance and affirmation. The conversation and Q&A session will be moderated by Josh Kun.

Ekow Eshun is a writer and curator. He is Chairman of the Fourth Plinth Commissioning Group, overseeing the most prestigious public art program in the UK, and the former Director of the Institute of Contemporary Arts, London. He is the author of In the Black Fantastic, Africa State of Mind, nominated for the Lucie Photo Book Prize, and Black Gold of the Sun, shortlisted for the Orwell prize. Described as a ‘cultural polymath’ by The Guardian he is the writer and presenter of documentaries including the BBC film Dark Matter: A History of the Afrofuture. He has contributed to books on artists including Mark Bradford, Kehinde Wiley, Chris Ofili, John Akomfrah and Wangechi Mutu, and his writing has appeared in publications including the New York Times, Financial Times, The Guardian, The Observer, Esquire and Wired. He is a Contributing Editor at Wallpaper magazine, a member of the Advisory Board of Liquid Blackness journal and the recipient of an honorary doctorate from London Metropolitan University.

Josh Kun is an author and editor of many books and anthologies, and the curator of numerous art, music and public humanities projects. His research and practice focus on the arts, music and politics of cultural connection, with an emphasis on archives, global migration and Los Angeles. He has worked with The Getty Foundation, SFMOMA, the Grammy Museum, the California African American Museum, The Vincent Price Museum of Art, and more. From 2013–19, he led a trilogy of projects based on the special collections of the Los Angeles Public Library that resulted in a celebrated series of books, exhibitions, and public programs. His writing has appeared in The New York Times, Los Angeles Times, The New Yorker, and more. He co-edits the book series Refiguring American Music for Duke University Press, serves on the editorial boards of Public Culture, Journal of Popular Music Studies and the Music Research Annual, and on the boards of Dublab and the University of California Humanities Research Institute. He co-curates CALA Crossfade Lab and directs The Popular Music Project of the Norman Lear Center.