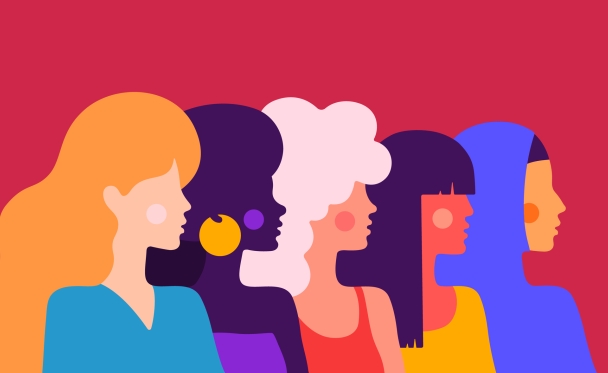 Feminist foreign policies place women and girls at the center of diplomatic decisions, with the ultimate goal of advancing gender equality around the world. In 2014, Sweden became the first country in the world to declare a Feminist Foreign Policy. Mexico became the first country in Latin America to adopt a Feminist Foreign Policy in 2020. While fairly recent developments, these policies are gaining momentum and setting examples for similar pathways for governments around the world.

Public diplomacy can be a key element in advancing gender equality around the world. As established policies are relatively new and more countries commit to adopting them, this event will bring together representatives of foreign ministries currently engaged in these policies to explore the role that public diplomacy can play in promoting Feminist Foreign Policies going forward. How have governments used public diplomacy to promote their Feminist Foreign Policies thus far? What are their priorities and best practices? What can governments who are interested in adopting these policies learn from their examples?

Marcela Celorio took office as Consul General of Mexico in Los Angeles on June 24, 2019. She is the first and only woman to have reached the rank of Ambassador (on April 28, 2017) in her Alma Mater. Her diplomatic work has been characterized by having developed the concept of cross-border diplomacy and her commitment to achieving a dialogue between cultures through an intergenerational and intercultural understanding between Mexicans, Mexican Americans, and Americans of all cultures.

Her Excellency Karin Olofsdotter took up her post as Ambassador of Sweden to the United States on September 1, 2017. Ambassador Olofsdotter has long been an advocate for Swedish trade and diplomatic relations with the United States. Trade and economic growth remain top priorities for the Ambassador, along with defense cooperation, public diplomacy, and strong collaboration with the international community. Ambassador Olofsdotter is an accomplished diplomat. Her career in the Foreign Service started in 1994 with her first posting to the Embassy of Sweden in Moscow. In the years following, she worked in security policy and defense issues as well as in numerous leadership posts within the Ministry for Foreign Affairs, including serving as Chief of Staff for several of its Ministers. She has also served as part of the Swedish delegation to NATO and at the Swedish EU Representation in Brussels, working with European security policy and defense issues. Ambassador Olofsdotter has a strong affection for the United States, having lived, studied, and worked in different parts of the country, including during a high school exchange program, as an undergraduate student at the UCLA Anderson School of Management, and through her various diplomatic postings. Ambassador Olofsdotter has a B.A. in psychology, economics, and Russian. She studied at UCLA Anderson School of Management and speaks French, Russian and English.

Carter Rice is a Master of Public Diplomacy candidate at USC Annenberg, Class of 2021. She received her bachelor’s degree in East Asian studies from Wellesley College, focusing on Japanese culture and society. After graduation, she was a JET Program participant in Shizuoka, Japan, where she taught English in local elementary and junior high schools. Prior to beginning her graduate studies, she was a Foreign Affairs Staff Reporter for the Asahi Shimbun, one of Japan's leading national newspapers. Working from the American General Bureau in Washington D.C., she was a member of the State Department press corps during the Obama and Trump administrations. Throughout her tenure, she covered U.S. foreign policy with an emphasis on the Korean peninsula, China, and Syria. Carter’s interests include city diplomacy, cultural diplomacy, and exchanges.