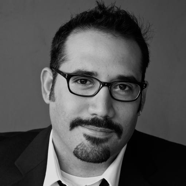 Amara Aguilar is a digital journalism professor at the USC Annenberg School for Communication & Journalism. She teaches journalism for mobile/emerging platforms, social media, visual journalism and interactive design, among other courses. Amara has written for the LA Times, CNN and other outlets. She has worked as a designer, visual journalist, reporter, social media engagement producer and consultant. Amara has earned various honors during her career, including being named an Apple Distinguished Educator, Knight Tow-Disruptive Journalism Educator, and one of MediaShift’s most innovative educators in the world. She has conducted digital journalism and social media training for the Associated Press, ABC News, the National Football League and various other organizations. She has also trained international journalists and advises a bilingual Latinx student media outlet at USC Annenberg. She is an expert in audience engagement, social media, visual journalism, design and content strategy.

Nicholas J. Cull is Professor of Public Diplomacy and Founding Director of the Master’s Program in Public Diplomacy at USC. His research and teaching focus on the role of public engagement in foreign policy. An acknowledged pioneer in Public Diplomacy teaching and research and its best-known historian, he is the author of The Cold War and the United States Information Agency: American Propaganda and Public Diplomacy, 1945-1989 (Cambridge, 2008); The Decline and Fall of the United States Information Agency: American Public Diplomacy, 1989-2001 (Palgrave, 2012) and the recently published Public Diplomacy: Foundations for Global Engagement in the Digital Age (Polity, 2019). He and his research were featured in the Peabody award-winning documentary film Jazz Ambassadors (PBS/BBC 2018). His first book was Selling War (Oxford, 1995), a study of British information work in the United States before Pearl Harbor. He has published numerous articles, chapters and edited collections on the theme of public diplomacy and media history. He is an active media historian who has been part of the movement to include film especially within the mainstream of historical sources. His film work includes (with James Chapman) Projecting Empire: Imperialism and Popular Cinema (I. B. Tauris, 2009) and Projecting Tomorrow: Science Fiction and Popular Cinema (I.B. Tauris, 2013). He is currently writing a history of the international campaign against Apartheid in South Africa.

Nick Cull has lectured widely around the world, frequently as a guest of diplomatic academies or foreign ministries/public diplomacy agencies including those of the UK, Armenia, Canada, Chile, China, India, Korea, Mexico, South Africa and Switzerland. He has worked with the EU and NATO. He is a regular guest speaker at the Foreign Service Institute of the United States. He has worked as a consultant for the UK Foreign and Commonwealth Office, Royal Dutch Foreign Ministry and Japan Foundation, among others.

He took both his BA and Ph.D. at the University of Leeds. While a graduate student, he studied at Princeton in the U.S. as a Harkness Fellow of the Commonwealth Fund of New York. From 1997 to 2005, he was Professor of American Studies and founding Director of the Centre for American Studies in the Department of History at Leicester. In the spring of 2019 he was a visiting fellow of the Reuter’s Institute for the Study of Journalism and Green Templeton College and the University of Oxford. He is outgoing President of the International Association for Media and History and a board member of the Public Diplomacy Council.

Robert Hernandez has made a name for himself as a journalist of the web, not just on the web. His primary focus is exploring and developing the intersection of technology and journalism–to empower people, inform reporting and storytelling, engage community, improve distribution and, whenever possible, enhance revenue. He is a national board member of the Online News Association. He’s also a co-organizer of the Los Angeles chapter of Hacks/Hackers, an international network of journalists and technologists that is rethinking the future of news and information. Many journalists know him as the co-founder of #wjchat, a weekly forum on Twitter that engages participants from around the world. Hernandez also is co-chair of programming for the UNITY conference (Las Vegas, August 2012) and is a lifetime member and former board member of the National Association of Hispanic Journalists. As director of development for The Seattle Times, where he worked from 2002 until 2009, he helped shape and execute the vision for the Web site and company. He also worked as a web designer and consultant for El Salvador's largest daily newspaper site, La Prensa Gráfica, web producer for The San Francisco Chronicle and online editor of The San Francisco Examiner.

Vivian Walker is a Faculty Fellow at the USC Center on Public Diplomacy and is currently the Executive Director for the United States Advisory Commission on Public Diplomacy. She has previously served as Guest Editor for CPD Perspectives and was a Research Fellow at Central European University Center for Media, Data and Society in Budapest. She has served as Professor of National Security Strategy at the National War College in Washington, DC.  She has also served as a professor of strategic and security studies at the National Defense College of the United Arab Emirates and a visiting professor at the Near East South Asia Center for Strategic Studies at the National Defense University. In her 26-year career with the State Department, she rose to the senior rank of Minister Counselor. She twice served as a Deputy Chief of Mission (Croatia and Armenia), twice as an Office Director (Southeastern European Affairs and the Office of Press and Public Diplomacy for Europe), a Public Affairs Officer (Kazakhstan, with coverage of Tajikistan and Turkmenistan), a Cultural Affairs officer (Tunisia) and an Information Officer (Haiti). Other assignments include a two-year professorship in strategic studies at the National War College, a yearlong assignment as the State Department’s Regional Border Coordinator in Afghanistan, and a fellowship on the U.S. Atlantic Council, where she led the first interagency discussion on public diplomacy in the aftermath of the 9/11 terror attacks. Dr. Walker has published and lectured extensively on the practice of public diplomacy in complex information environments. She graduated from Georgetown University’s School of Foreign Service and earned her doctorate in English language and literature from the University of Chicago. She speaks French, Russian and Croatian.

Jay Wang is Director of the USC Center on Public Diplomacy and an Associate Professor at the USC Annenberg School for Communication and Journalism. He previously worked for the international consulting firm McKinsey & Company, where he advised clients on matters of communication strategy and implementation across a variety of industries and sectors. Dr. Wang has written widely on the role of communication in the contemporary process of globalization. He is co-editor of the newly published book Debating Public Diplomacy: Now and Next. He is the author of Shaping China’s Global Imagination: Nation Branding at the World Expo and several other books. He serves on the editorial board of the International Journal of Communication.