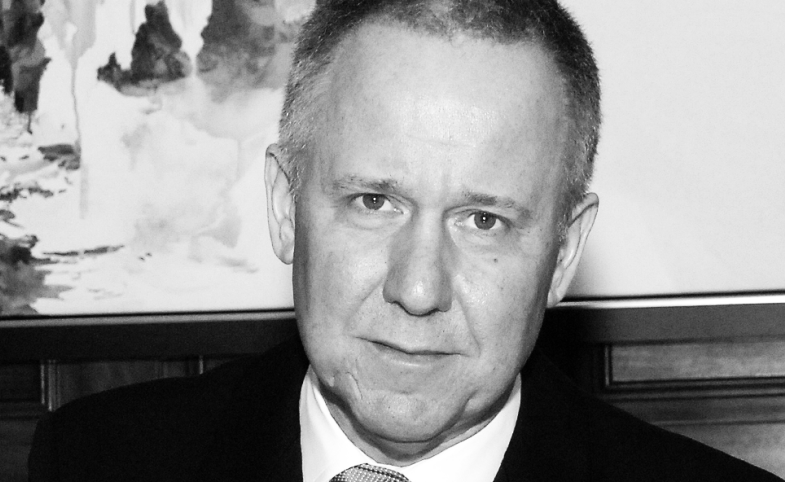 Ambassador James M. Lambert is Secretary for Hemispheric Affairs at the Organization of American States.  A member of the Canadian Foreign Service since 1982, Lambert has held positions in the Netherlands, Japan, Mexico, and elsewhere. He is also Permanent Representative to the Hague-based International Criminal Courts and Special Tribunals, and to the Organization for the Prohibition of Chemical Weapons. CPD spoke with Lambert about public diplomacy and multilateral organizations.

How did you first become aware of public diplomacy?

Through a 33 year career in the foreign service, I have been on the front lines in evolving Canada’s traditional cultural and educational diplomacy, visits programs and events management activities, towards a more updated conception of strategic public diplomacy. As a country, Canada has strong soft power and branding assets. The question I was asked to address as DG for Public Diplomacy (2005/06) was how to reinforce and apply these assets to advance strategic advocacy goals. This involved, among other things, overseeing an enhanced engagement plan for Canada in the Americas, aligning government, business and social actors around a broadly shared narrative. As Ambassador in The Hague (2010-2015), I was asked to serve as a guinea pig in the first wave of social media utilization by Canadian diplomatic missions abroad, now adopted as a common practice. I also got to contribute to more inclusive practices of open policy development and direct diplomacy. This is a perspective I brought with me to the Organization of American States, where my Policy Secretariat is a convener and coordinator on a host of issues including bolstering an incipient public diplomacy capacity.

How has public diplomacy evolved, and what lies ahead?

The effort to expose elites, influencers and future leaders to national poles of attraction is as old as diplomacy itself, as is the use of arts, education and language as strategic assets. Good diplomats have always done these things, though networking was in the past more about information accumulation and messaging download than about sustaining a genuine two-way conversation. The democratization of diplomacy which has accompanied globalization has undermined the claim that international relations is the preserve of the professional diplomats and has empowered a host of experts and social actors whose values, concerns and expertise needs to be factored in. Doing so proactively presents the benefits of inclusion and peer validation. Swimming against the current is, by the same logic, increasingly difficult and self-defeating. Still it is interesting to note the different approaches that characterize national PD efforts. The term is surprisingly little used in Latin America, despite (or because of?) the rigorous professional formation in somewhat traditionalist diplomatic institutes throughout the region.

How is PD different for international organizations than for countries? How is it the same?

It turns out that it’s less different than I thought. The same basics apply, requiring a coherent assessment of PD objectives and instruments, a determination of audience and impact, and the overarching need for a shared narrative that is grounded in a working organizational strategy that delivers value for its members. If the institution is weak or non-performing, no amount of PD tweaking will turn around public perceptions. However, as the work of many multilateral organizations is complex, technical and ill understood, PD can help broader publics understand the institutional value added. This is beneficial also to member states which need to justify to domestic publics their quota costs and other multilateral investments in terms of measurable results.  When I arrived as Canada’s Representative to the Organization for the Prohibition of Chemical Weapons in 2010, few understood the role or successes of that body. A small committee of representatives knowledgeable on PD worked with the DG to develop a game plan. One out-of-the box idea was thrown out – to nominate the body for a Nobel Peace Prize for its contribution to the successful eradication of an entire class of weapons of mass destruction. The unanticipated discovery of caches of chemical weapons in Libya and Syria created an existential test for the OPCW, and in 2013 our idea became a reality when the Chemical Weapons Organization was announced as the recipient of the Nobel Prize. The institution and its members continue to reap value from that important PD achievement including in wider public interest and recognition by experts and other multilateral bodies of its mandate and capabilities.

What advice would you give to an aspiring public diplomat interested in working in an international organization?

The web of multilateral bonds created post-WWII in institutions, treaty law and diplomatic engagement, have created a safer, more equitable and prosperous world for all. However the systemic benefits are diffuse and institutions are easily criticized. For example, the benefits of closer economic and political union in Europe, including in conferring seven decades of peace cannot be underestimated. Yet, the EU itself and Brussels politics are easy targets for populist politicians (witness the Brexit debate!). A well-founded academic understanding of PD in multilateral organizations is still in its infancy. Committed multilateralists can contribute much value at this time, including in the realm of PD by making institutions aware of the importance of explaining themselves better and engaging publics more effectively.