Home|Cinematic Diplomacy: Back to the Future, Again…

Cinematic Diplomacy: Back to the Future, Again…

The clutch of articles this issue reflect a familiar idea albeit rendered fresh by a new cast of characters: the idea is quite simply that because motion pictures command a large audience and have a role in forming that audience’s perceptions of the wider world, they should be of concern to diplomats. Historically this idea has taken a number of forms, all of which are in evidence here. There is the “film as positive” approach: the idea that one’s own films represent prestige objects from and cultural ambassadors on behalf of one’s society and therefore should be seen as widely as possible. Hence we see Iran and Taiwan seeking out opportunities to showcase their films in neighboring countries, and a Nigerian journalist celebrating the influence of his country’s film industry in its region. On the other hand we also see the “film as negative” approach: complaints that the film industry of another country distorts perceptions of one’s self, and fears that one’s own film industry might be taken over by foreign influences and its energies directed elsewhere. There is also the “film as chess pawn” phenomenon with China registering its present disapproval of Japan by withdrawing from a film festival. 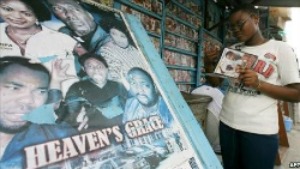 A historical perspective should calm both the euphoria and ease the panic. We have been here before. The Koreans should probably see representations of their culture on Lost and in other places as a glass-half-full, and acknowledge the milestone in their representation on the notoriously parochial primetime U.S. T.V. We Europeans have learned to live with Hollywood’s misrepresentations of our way of life. I never met an Irishman who didn’t love The Quiet Man, and maybe Londoners really should talk like Dick Van Dyke and tap dance on rooftops. The fear over Chinese money taking over the industry formally known as Hollywood seems like a rerun of the panic of the late 1980s over Japanese investment. Sony has hardly turned the U.S. film industry into a PR annex of the Land of the Rising Sun. One suspects that Chinese industrialists with the savvy to make the money to buy the golden goose of a Hollywood studio would know better than to slaughter it and serve it smothered in a Sichuan sauce by insisting on a raft of pro-Chinese propaganda films. Film can be a tricky medium for an outsider to manipulate. Take the case of Disney’s recent attempt to break into the Chinese market with a locally produced version of High School Musical. The film was relocated to a university setting because no Chinese High School student could possibly have the spare time, energy or leeway to put on a show, and the scenario was barely more believable at a college.

Film can be a tricky medium for an outsider to manipulate… 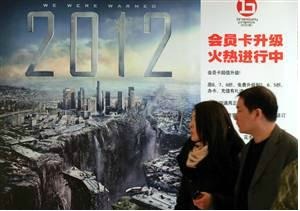 Cinema diplomacy originated in the United States. During the course of World War One the U.S. government worked closely with Hollywood to get American films into foreign markets, and keep home any picture that might give a bad impression of the U.S. Distribution deals in Latin America frequently required local theatres to stop showing German films. After the war the U.S. government tended to see film as just another export and of relevance only for its revenue generation but other nations understood its influence on their own societies. Britain and France searched desperately for mechanisms to hold back the flood of American influence at home and to compete elsewhere in the world. On the eve of World War Two, the UK became rather glad of Hollywood’s reach, working within the industry to promote positive representations of British people and the na-tional struggle against Fascism. Their campaign reached its high point with Mrs. Miniver. 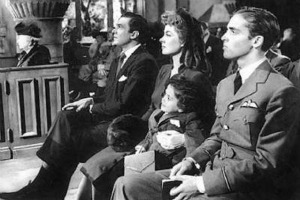 The war years marked America’s belated realization that its film industry was a diplomatic asset.

Following the war the government passed special legislation (known as the Informational Media Guarantee or IMG) to allow the export of American movies to countries whose currency could not be readily converted into dollars. A wave of Hollywood’s back catalogue broke on Europe in unison with the Marshall Plan. Similarly, America’s first generation of Cold Warriors was careful to build Hollywood into their web. First the Department of State, then the CIA and eventually the United States Information Agency ran a quiet operation reviewing scripts for the major studios to ensure that films were sensitive to international audiences. The procedure came to an abrupt end when Eisenhower left office. From the 1960s onwards American public diplomats swung between celebrating the reach of Hollywood and using film festivals as a stage for U.S. cultural diplomacy and bemoaning its emphasis on the darker side of U.S. life. In 1970 Nixon’s USIA director, Frank Shakespeare, caused a scene at the Sorrento film festival in Italy by extemporaneously attacking Hollywood’s portrayal of America as “a purposeless society dedicated to violence and to vice” and inviting his audience to visit the country and see for them-selves. In later years USIA directors came to know which directors were friendly to their purposes and which merely contributed to a national aura of cool. The 1980s saw the Reagan-era USIA participating in talks with the USSR in what amounted to disarmament in the war or mutual movie stereotyping. Clinton’s USIA director Joseph D. Duffey in the 1990s despaired of Quentin Tarrantino but partnered readily with Stephen Spielberg. USIA arranged gala premiers of Amistad at several embassies and integrated the film into their programming. 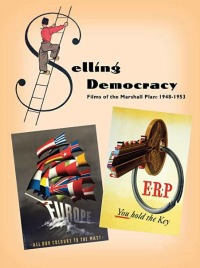 From the Selling Democracy Project. http://www.sellingdemocracy.org/

Today – as we see from this collection of articles – many nations are looking to emulate the reach of Hollywood and have recognized the “soft power” that flows from international export of one’s movies. Film stars are even becoming international actors in their own right: celebrity diplomats with personal foreign policies, which can diverge dramatically from the official position of the land of their birth. Though as cinema diplomacy becomes received wisdom it is probably an indication to begin looking for the next big thing. Has anyone noticed the scale of the video games industry? 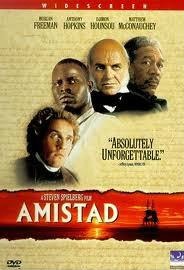 1997 movie poster for the film Amsitad. Directed by Steven Spielberg.

Author Biography
Nicholas J. Cull is Professor of Public Diplomacy and Director of the Masters Program in Public Diplomacy at USC. His research and teaching interests are broad and interdisciplinary, and focus on the role of culture, information, news and propaganda in foreign policy. He has published numerous articles on the theme of propaganda and media history and is an active film historian who has been part of the movement to include film and other media within the mainstream of historical sources. Cull is President of the International Association for Media and History, a member of the Public Diplomacy Council and has worked closely with the British Council’s Counterpoint Think Tank. He is the author of The Cold War and the United States Information Agency: American Propaganda and Public Diplomacy,1945-1989 (Cambridge 2008). 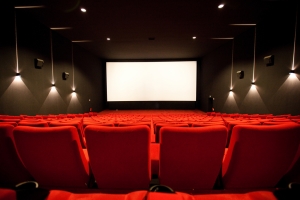