On February 4 and 5, the USC Center on Public Diplomacy together with the United States of Institute of Peace hosted a major conference at the University of Southern California entitled Science Diplomacy and the Prevention of Conflict. Vaughan Turekian, Director of the Center for Science Diplomacy at the American Association for the Advancement of Science provided the keynote speech in which he persuasively argued that scientific cooperation could serve as a “pilot light” for diplomacy when international relations become otherwise frayed.

This event marked only the beginning of a month filled with science diplomacy news including the development of bilateral and multilateral relationships between over a dozen countries focused on science, technology and medicine to further cooperation.

During the month of February, India dominated the science diplomacy headlines as it focused its efforts on green and information technologies in particular. Joining forces separately with Germany and the United Kingdom, India announced plans for partnerships on solar power technology and climate change prevention. In the areas of telecommunications, computerization, non-technology space research, India launched a new dialogue with Turkey. In the field of Information, Communication and Technology, India signed a MoU with Israel to establish joint research projects between the two countries and enforced a Program of Cooperation in Science & Technology agreement with South Korea.

Medical diplomacy has also been a main focus for the international community during the past few weeks. Israel entered an agreement with a U.S. university this month to exchange doctors for training and other services. Spain entered a new cooperation program with the government of Haiti to provide DNA testing services to reunite lost children with their parents in the aftermath of the January earthquake and to prevent child trafficking.  Physicians in the United States consulted both on-the-ground and remotely with Haitian field hospitals via satellite and internet.  Medical diplomacy was also provided by non-state actors such as the Gates Foundation which pledged $10 billion in vaccine development and deployment globally over the next decade.

“Science depends on honesty, transparency, good communication-all useful diplomatic tools” wrote KC Cole, Journalism Professor at the USC Annenberg School of Journalism and a moderator at the February conference at USC. As more scientific exchanges and partnerships occur between countries it will be interesting to see how these leveraged to improve diplomatic relations around the world.

For an ongoing overview of all articles and opinion pieces on science diplomacy aggregated by CPD, please see our Science Diplomacy Monitor. 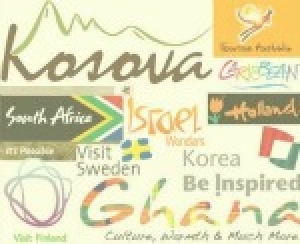