Home|December-January 2011: The View from CPD

December-January 2011: The View from CPD

This issue of PDiN monitor focuses on WikiLeaks, a topic that has preoccupied many in the diplomatic community and the news business.  I am among those – apparently a minority – who think the controversy about the specific content of the leaked documents has been overblown.  The material is sometimes embarrassing, but rarely surprising, and there is no evidence the document dump has significantly disrupted the conduct of diplomacy.  States need to deal with one another, and they will continue to do so even if accustomed secrecy is breached.

Most significant about WikiLeaks is the reminder that in the Internet era information will move freely and quickly.  In this case, several major news organizations published excerpts of the diplomatic documents, but even if that had not happened the material would have reached a wide public through online dissemination.  There are so many pathways to the public that news will inevitably surface and attempts at obstruction will fail.  One example: as part of its effort to ensure that governments cannot halt the flow of its material, WikiLeaks has created more than 1,400 online “mirror” sites containing the organization’s content.

Also important is the view provided of how diplomats do their work.  This has been known in a general sense, but reading the dispatches provides useful insight into the labors of unsung staff members of embassies, consulates, and other outposts.  Although most of the documents are not revelatory, they are interesting – a C-SPAN of the written word.

We can expect to see communication security increase and perhaps increased circumspection, at least for a while, on the part of those who write diplomatic dispatches.  Nevertheless, publics around the world now have greater knowledge of the inner-workings of U.S. foreign policy.  For the standpoint of the United States, a country that champions openness, this is not a bad thing. 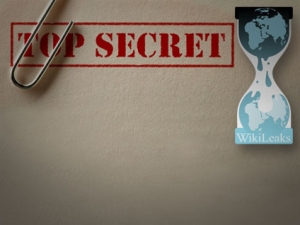