CPD Question: From your perspective, in what direction do you envision the future of public diplomacy heading over the next 5 years?

“Today, public diplomacy is being used to reach more specific groups in society in an increasing number of areas such as sport, food and cultural diplomacy. Such a development raises the question of what actually constitutes the essence of the term and what we want to achieve by using it. Therefore the challenge as a sender in the coming years will be to find ways of measuring the message’s effectiveness and its impact on the target audience.”
Gabriella Augustsson,
Public Diplomacy and Press Counselor, Embassy of Sweden, Washington

“My feeling is that public diplomacy will increasingly be a ‘team sport.’  In an era of limited budgets no one can afford to ‘go it alone’ even if any one actor could hope to be credible as a single voice. I find that governments around the world are all thinking about the best way to partner with NGO or even corporate actors. Those who are able to work well with others will go much further. This is another reason to continue to place a premium on listening as a core skill of public diplomacy.”
Professor Nicholas Cull
Director, USC Master of Public Diplomacy program

“That’s a really long time frame given how fast the world is changing. It’s not an original thought that public diplomacy is becoming increasingly ‘public’ with the rise of digital media.  It’s exciting to think that we can now have global conversations, including in parts of the world which were difficult to penetrate using traditional tools. It’s going to become a very crowded ‘space’, however, which means working a lot more creatively in engaging with different actors on the issues of the moment and being astute in identifying partners and multipliers. Despite the seduction of the web, I hope there will still be room for the personal connection.”
Dame Barbara Hay
Consul-General at the United Kingdom Consulate in Los Angeles

“I predict that the ongoing democratization of public diplomacy will not only continue, but grow exponentially. In just the past few years, public diplomacy has already changed dramatically. No longer simply the purview of nation-states, it is practiced by international and non-governmental organizations, regional governments, and other new actors. New media tools allow practitioners to engage and develop relationships with a far wider audience than ever before.  Information can be shared with thousands of people, across borders, in seconds, by anyone with a social media account. New technology will continue to drive this expansion of both practice and access.”
Silvia Kofler
Spokesperson and Head of Press and Public Diplomacy, Delegation of the European Union to the United States

“Public diplomacy will play an increasing role in getting the nations of the world working together again for their own good as well as for mankind as a whole.”
Consul-General Cyril Ndaba
South African Consulate, Los Angeles

“The world is in the midst of great change, that is obvious. People around in countries that do not offer personal freedom will fight for those basic rights and liberties. The fortunate ones who live in already free and open societies, through the advent of the social media, have a greater opportunity today to be more involved in the direction of their lives and policies of their governments. We are no longer satisfied with just voting every few years, now we can influence directly. Governments continue to rely on diplomacy for matters between governments, on matters between people, people will have a greater say. The role of the government will be to facilitate the tools and platforms for the public and let the people lead the way of carrying the message of what their nations stands for to people in other countries. Governments could once use the media and trained professionals to spin the story. Smart governments will succeed by amplifying the voice of their citizens.”
Daniel Seaman
Deputy Director General, Ministry of Public Diplomacy and Diaspora Affairs, Israel

“During the next five years and beyond, U.S. international broadcasting will remain true to its historic, core mission: promoting the development of healthy, stable, democratic societies through credible, accurate journalism.  Our nation’s overseas media outlets – Voice of America, Radio Free Europe/Radio Liberty, Alhurra TV and Radio Sawa, Radio Free Asia, and Radio and TV Martí – support societies in transition and in crisis. They provide an antidote to censored news; technologies to break through government information firewalls; and timely, life-saving information critical during humanitarian emergencies. They reach audiences – a record 187 million people weekly last year – everywhere on the globe where critical U.S. interests are at stake. The world is awash in media, but press freedom stands at a two-decade low. The global demand for objective news, analysis, and engagement remains high. BBG capacity to fill that demand – through the most dynamic media technologies and news-gathering strategies – must advance to meet both our nation’s foreign policy requirements and our audiences’ information needs.
Jeffrey Trimble
Deputy Director, International Broadcasting Bureau, Broadcasting Board of Governors

“In a world in which anyone with access to social media can start a revolution, public diplomacy has become an indispensable tool for any country. I believe that it is being recognized more and more for its value as a listening tool, rather than just PR value. A second trend that I see, also given budgetary pressure and the economic climate in Europe, is the increasing need to make a more coherent whole of public diplomacy, economic diplomacy, cultural diplomacy and the promotion of trade, tourism, and investment.”
Floris van Hövell
Counselor for Public Diplomacy, Press and Culture, Royal Netherlands Embassy to the United States

*NOTE FROM THE EDITORS
PDiN Monitor is a platform for public diplomacy discussion and beginning with this issue on the Future of Public Diplomacy, CPD will make use of this publication to connect with and engage international practitioners and scholars in a shared dialogue on issues of current interest to the greater public diplomacy community. On a monthly basis, the PDiN Monitor editorial staff will reach out to various public diplomacy experts to answer one timely public diplomacy question. The responses that are published are by no means comprehensive. We encourage our readers to continue this conversation in our comments section below. Feel free to send us your suggested questions for future issues at cpd@usc.edu. 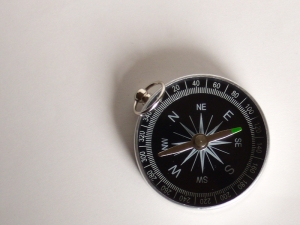