The Future of U.S. Public Diplomacy Towards Cuba

The bilateral relationship between the United States and Cuba has come a long way since April 6, 1960 when it was deemed that “every possible means should be taken to weaken the Cuban economic life.” Back then, U.S. policy toward Cuba was categorized by non-recognition of the Cuban government’s legitimacy; diplomatic isolation in the hemisphere and beyond; and economic, financial, and commercial blockade. Cuba’s strategy has always been resistance, especially when it came to U.S.-backed democracy promotion initiatives such as Radio and TV Marti - a broadcasting operation created to serve as “consistently reliable and authoritative sources of accurate, objective, and comprehensive news for people in Cuba.” Since its inception, the Cuban government has made regular attempts to block Radio and TV Marti’s signal - an operation believed by the Cubans to be disseminating propaganda against the revolution. Moreover, when Cubans get limited access to information, despite the government’s censorship, they prefer alternative media sources with less friction and political rhetoric. The outcome of Radio and TV Marti is a failed U.S. public diplomacy initiative and an increasingly unpopular image for the U.S. in Latin America and the Caribbean.

While there is no existing model for how Cubans can build a new socialist state, effective public diplomacy initiatives have the potential to become invaluable tools for the future of U.S. engagement with the island nation, especially since Cuba is already in the process of transition. Fidel is no longer in power and, with the exception of one ‘young’ new heir; the rest of the Cuban leadership is beyond retirement age. Change is simply inevitable. Cuba’s political system will need to become more flexible in order to be compatible with the globalized world we live in. For the U.S., the role of democratic promotion in human empowerment for the future generations of young Cubans will be key.

Cuba has historically been very successful at adapting to exogenous shocks that threatened its survival. This reality reveals a space for an effective communication strategy that speaks to the aspirations and resourcefulness of the Cuban people. However, in order to reach them, outreach need not be designed through the same Cold War lens of previous U.S.-backed public diplomacy initiatives and failed foreign policies. Now more than ever, with Obama’s ‘new beginning with Cuba’ strategy, the U.S. Department of State has a real chance for meaningful outreach to the island. With the latest travel ban lifted in January 2011 for people-to-people travel, the U.S. Department of State has a window of opportunity to exercise its soft power in the form of effective public diplomacy strategies, namely in the areas of educational exchange and cultural diplomacy.

With that in mind, here are three things to recognize about Cuba today:

1. Cuba has a private sector.
In April of 2011, the 6th Congress reaffirmed the path of transition to socialism with a new economic model. The evolution began 15 years ago as a way to legalize the black market and profit on it. It is an attempt to recover fallen sectors of the economy such as oil, nickel, and iron, and expand the non-state sector through new projects designed to push growth including a new airport, a new harbor in Mariel Bay, and 20,000 four and five start hotel rooms. The most significant shift to liberalizing elements of the economy takes the form of legal permission to become a ‘cuentapropista’ or a private business owner. With the firing of 1.2 million people (roughly 20% of the Cuban economy’s workforce), an expansion of 181 service jobs was designed to alleviate the government’s paycheck. However, the approved activities do not seem to produce meaningful economic development and may only aggravate Cuba’s inefficiency in production capabilities. For example, while the experiment with free-market in the agricultural sector is a vivid sign of how the country has changed, Cuban food imports have increased indicating the political and practical limitations that hold it back. Regardless of the success rate, however, such economic ‘updates,’ generate unintended consequences that could have larger socio-political and economic implications for the island. For Cuba, however, it is not about how you want to be, but how to do it when you have no reference at all. 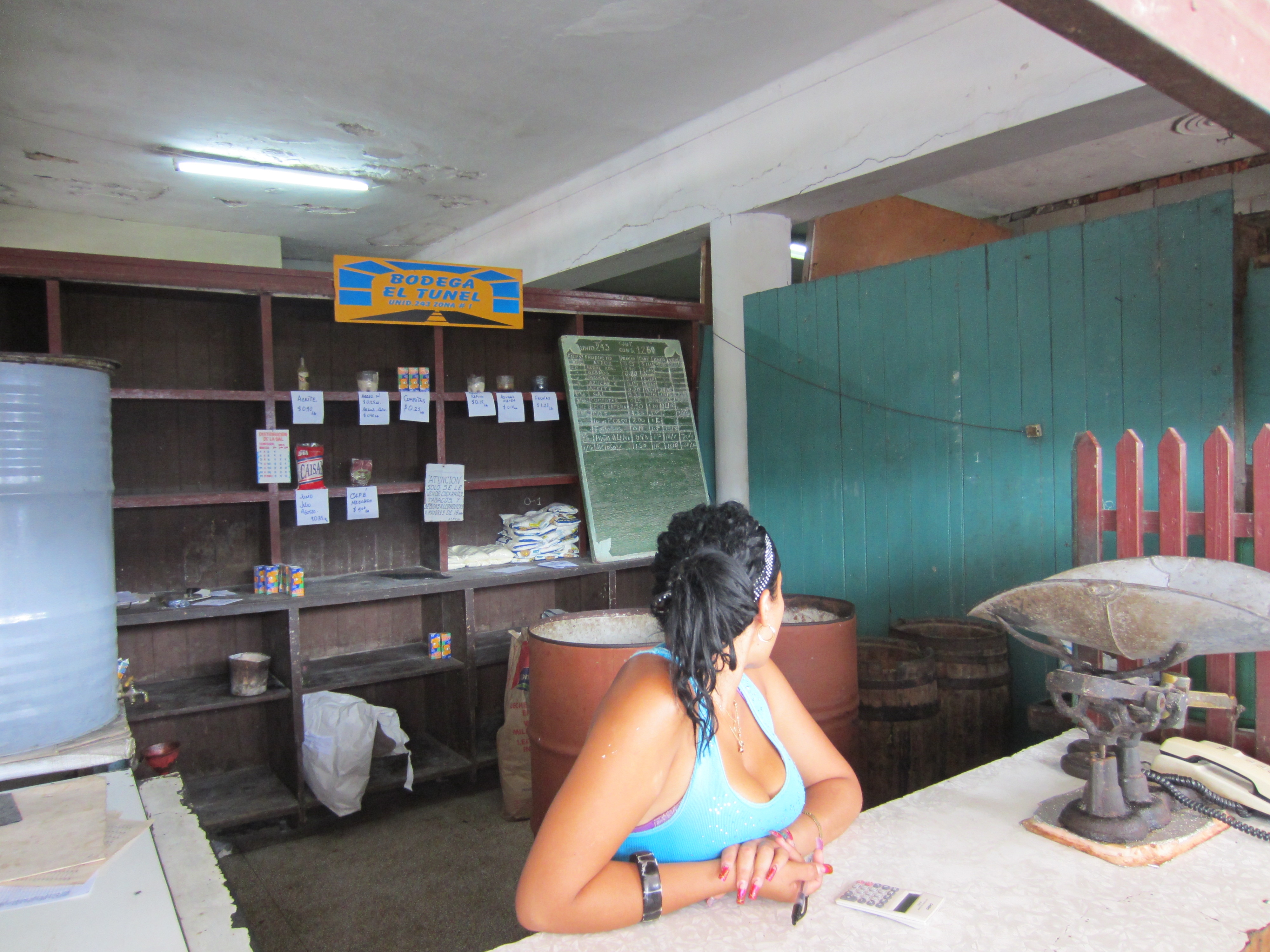 A state employee looks on to the empty shelves at the local bodega (convenience store) where Cuban families once relied upon for their food intake, regardless of the their social and economical status. 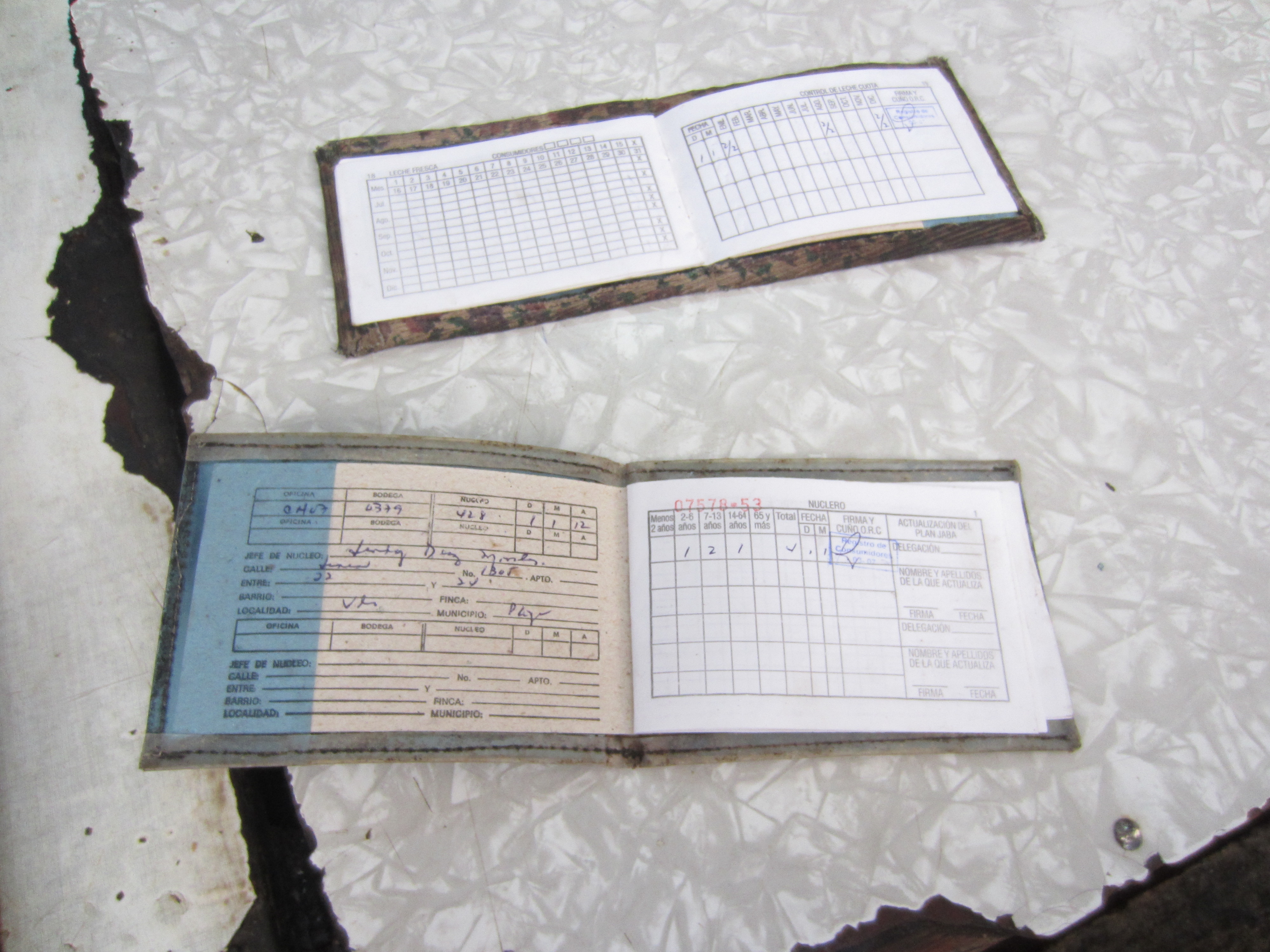 The Libreta de Abastecimiento (supplies booklet), created on March 12, 1962 to keep track of the rations each person is allowed to buy at subsidized prices and the frequency of supplies from the distribution system

2. Cuba has a highly educated population.
One of the most notable achievements of the 53-year-old Cuban revolution is free education. In Cuba, primary, secondary and tertiary school, as well as higher education, is equal opportunity and until last year, completely free of charge. In terms of gender equality, contrary to most developed countries, women make up 65% of university students in areas of science and high technology. While this revolutionary accomplishment has created a high quality of human capital, it has also generated a real threat of migration for the state. Each year, 38,000 Cubans immigrate, 35% of which are highly qualified professionals. Immigration in most cases is due to the lack of professional growth, economic incentive, and high aspirations for highly qualified human capital in Cuba. The result is a highly educated and unfulfilled population. So far, the Cuban government has only taken preventative measures to solve inequality amongst its most qualified workers. By cutting back enrollment in humanities by 40%, it hopes to avoid mass unemployment in the areas of social sciences. It remains to be seen how the government will treat its current case of diminishing human condition. 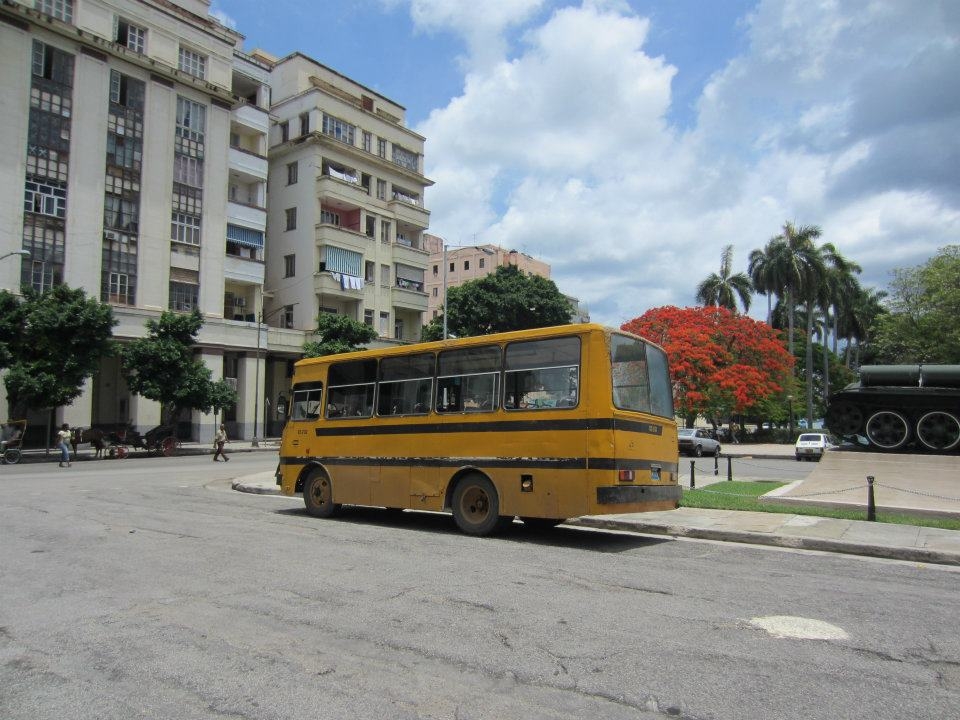 3. Change must come from within Cuba.
Cuban national hero, Jose Marti, once said “con todos, y para el bien de todos” (with all, and for the good of all) in reference to the sacrifice, dedication, and collective needed for the best ideas to be born and the most difficult goals for the sake of human welfare to be reached. This is the common theme of the Cuban Revolution’s social service component. The service requirements are merged into the socialist model of education. They began in high school, or pre-universitario, three-year period where coursework is merged with voluntary projects that teach students to participate in common duties, shared values, and learn to become independent. For men, there is a one-year military service mandate (two years for those who do not plan to study). After graduation, there is another two-three year compulsory service requirement that must be completed before young graduates can begin work. The social service mandates not only bond Cubans to each other, they bond individuals to the land and bring the ideals of the revolution - such as nationalism, socialism, and participation - alive. 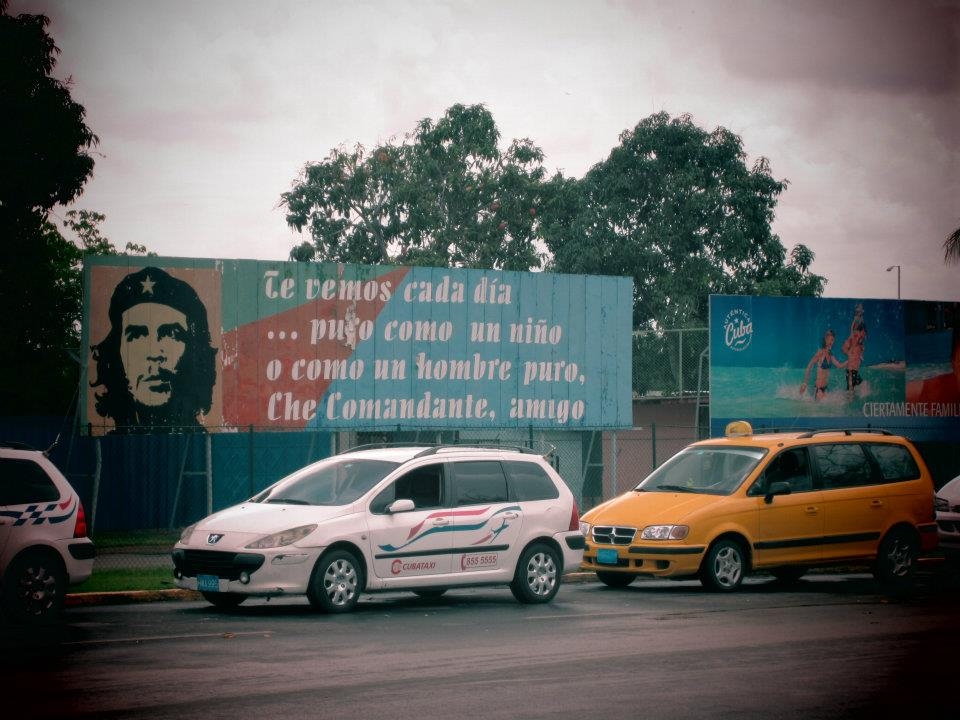 A revolutionary billboard outside the airport says “We see you every day…” referring to Che Guevara, an important figure in the Cuban Revolution, which serves to remind Cuban society that the revolution is still very much alive. 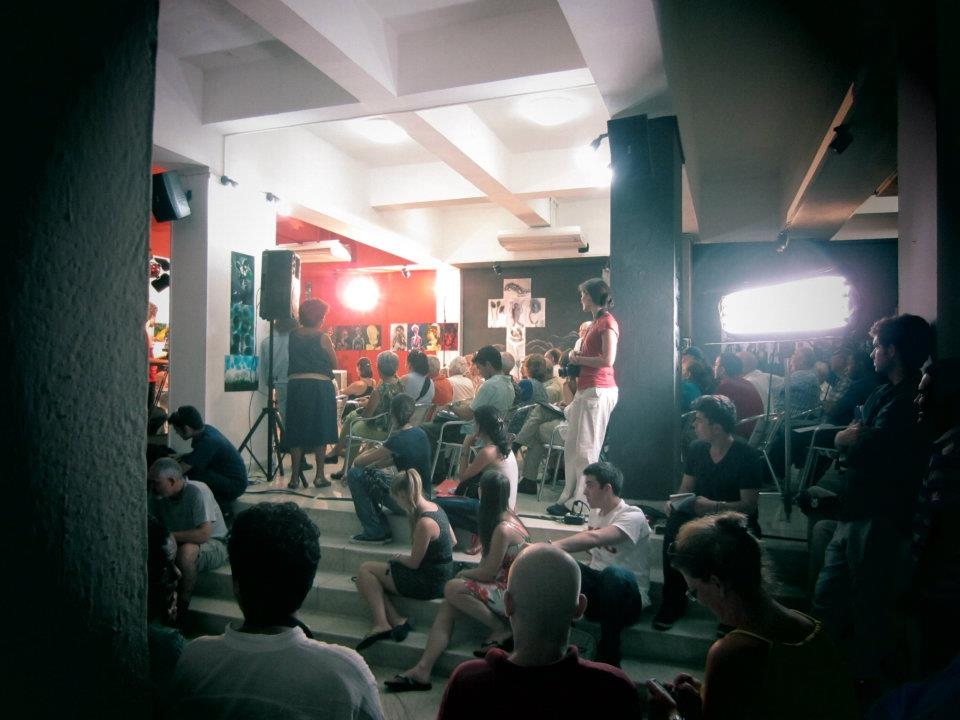 Effective Public Diplomacy Must Back Effective Foreign Policy
While the above primarily serves to inform an effective public diplomacy strategy for Cuba, the obvious constraints of the U.S. embargo impede the potential success of such strategic communication initiatives. We have seen that increasing trade ties doesn’t only serve for economic development, it also increases communication, transportation, and people-to-people interaction. Lifting the embargo would break the isolation of information in Cuba and the information society would pressure the Cuban government into a 21st century model of socialism that can exist in harmony with the globalized economy and international political system of today. For a hopeful future of mutual respect, cooperation, open dialogue, and effective engagement with the island, the U.S. embargo must be lifted.

All images are courtesy of the author.

Below is a selected collection of recent news articles on Cuba and public diplomacy aggregated by the PDiN news team. To full a full list of PDiN articles on Cuba, visit #cuba:

Aleksandra Ristovic currently serves as the International Broadcasting intern for CPD’s 2013 Research Initiative. She has also helped conduct research on a number of strategic topics for CPD and updates the CPD research database with relevant and new resources in the growing field of public diplomacy. She graduates from USC’s Masters of Public Diplomacy program in May of 2013 and plans to join the State Department as a Foreign Service Officer. Aleks’ focus is on diasporas as important tools of public diplomacy and the domestic dimensions of PD. She is especially interested in the role of digital diplomacy, exchange diplomacy, and the process of socialization in creating narratives and cultivating relationships between states and other actors. Aleks is proficient in Serbian, Spanish, and Portuguese with a working knowledge of French.

2 things ..
Highly educated population? lol. I'd say educated... Free education is not always quality education.. I'm pretty sure every history class is highly manipulated and probably every text book is at least 50 years old. The situation is similar here in Venezuela, it's only a tiny bit better. Also, yes there is a private sector.. but only those close to the government officials or Venezuelan diplomats will get away with any type of profitable business.. or anyone who can arrange a profit for the ones in charge of letting your business exist. 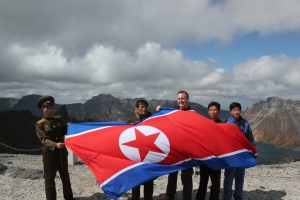