After decades of neglect by policy-makers, religion is once again a legitimate topic of conversation in public diplomacy, international relations and domestic affairs. Much of the current discourse has been sparked by what is viewed as widespread religious resurgence that has diminished the force of the secularization hypothesis. This new perspective on religiosity is prompting diplomats to increase their religious literacy and to explore ways to harness the religious communities’ potential for problem solving, development and collaboration.

To those who work in the field of religion, this talk of desecularization is welcome news, even if the phenomenon itself is hardly a surprise.1 Sociologists like Harvey Cox and Peter Berger, who predicted the decline of religion in the 1960s, began to assert just a few decades later that religion would become a “resurgent” actor in global affairs.2 This trend started to figure into academic debates within the international relations community in the 80s and 90s. And everyone was compelled to take religion seriously in the post-9/11 context. 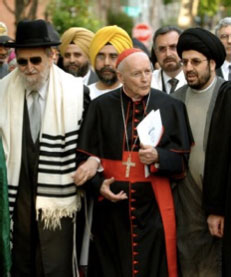 Religious leaders discuss the Catholic Church and its relationship with other faiths
© Berkley Center for Religion, Peace, & World Affairs, 2008

This increasing interest in religion has not necessarily made for a better or more nuanced understanding of religious institutions and religiosity. Indeed, the fear of terrorism and its relation- ship to religion has cemented, for some, the notion that religion is inherently violent and irrational. This prejudice makes the need to engage with faith communities a difficult task. Thus policy-makers who want to use religion as part of public diplomacy efforts to engage faith-networks in pursuit of common goals must develop a more nuanced understanding of religion and its roles—both constructive and destructive—in the 21st century.3

In the post- 9/11 era, many organizations, government agencies and religious groups want to reach out to Muslims to develop mutual understanding and foster collaborative relationships. Below we offer some observations, guidelines and recommendations about what does and does not work in trying to partner with Muslim groups, both in the United States and abroad. First and perhaps foremost, non-Muslims must realize that the notion of Muslim religious leadership tends to be too narrowly drawn around spiritual and congregational leaders, preachers and religious scholars. These figures are important actors in Muslim communities and ought not to be discounted. But our research and experience suggest that an expanded notion of faith-leadership in Muslim communities would be more productive. While Imams, preachers and religious scholars are influential, a rising generation of Muslim leaders are developing a less hierarchical, more socially engaged approach to spiritual growth and leadership. These leaders of faith-based, non-governmental organizations should be valued not only as practitioners who are knowledgeable about service delivery, conflict resolution and policy, but also as keen interpreters of religious tradition and sources of inspiration for their communities.

In addition to expanding our definition of religious leadership, we also need to deepen our understanding of religion and the roles it plays in an array of contexts. This increase in awareness on the part of policy practitioners is itself a form of positive change; a more informed perspective on religion leads to more accurate interpretations of religious action and more productive ways of responding to it. Thus we need to consider religious literacy a fundamental competency along with a basic appreciation for the ways that religions shape meaning for their adherents.

This imperative is particularly important for Americans who are dealing with Muslims outside the United States. We currently tend to conflate “good” or “bad” Islam with majority-Muslim state and non-state actors who either support or oppose our national security interests. In other words, “good” Islam is practiced in secular Turkey, “bad” Islam is practiced in Iran and “really bad” Islam is practiced by violent extremist groups like Al-Qaeda. This way of thinking ignores how U.S. actions shape attitudes abroad and, concomitantly, equates increasing degrees of religiosity among Muslims as the sole measure of a given group’s penchant for violence. This makes Islam itself the enemy—an attitude guaranteed to create rather than defuse conflict. A better approach to understanding Islam would exam-ine how everyday Muslims live their lives and acknowledge that looking at Islam through the blinders of “national security” ultimately makes us less secure.

What does this more deeply engaged faith diplomacy look like? Current efforts at faith-based engagement have relied on convening policy experts and traditional religious leaders as the strategy for engagement. This shopworn strategy usually entails quick introductions around the conference table, affirmations of the mutual need to have better relations and form partnerships, about a brief discussion of the current environment and a non-specific commitment to collaboration. It is not surprising that this mode of engagement has left everyone involved unsatisfied and wanting more.

...the United States can truly improve relations with Muslim societies if we can acknowledge and understand the importance of Islam in the lives of Muslims…

Just a decade ago many Muslim leaders saw an invitation to the conference table as a step in the right direction. For a community that felt largely ignored or unwelcome as a partner in these discussions, being acknowledged at all was a real milestone. These meetings helped communities overcome initial mistrust and form relationships that they consider valuable. But now the American profession of desire “to hear from the community” and “to create partnerships” falls flat unless it is truly the first step in a larger, long-term process of engagement with clear expectations and achievable outcomes.

This imperative to move beyond surface discussions and one-off meetings presents a rich opportunity for faith-based, on-the-ground public diplomacy. The United States has supported international development as part of a strategy to win hearts and minds, which means that building the capacity of those who live and work in a given area must be a part of the change we hope to see. We believe that the United States can truly improve relations with Muslim societies if we can acknowledge and understand the importance of Islam in the lives of Muslims4, and if we help to build the capacity of Muslim leaders as well as non-profit organizations to improve conditions in both non-Muslim and majority Muslim countries.

This strategy should prove useful not just in Muslim contexts but globally as we work to understand and engage groups from Pentecostal, Buddhist, Hindu, and other faith traditions. Recognizing the variety of faith-leaders, focusing on building the capacity of faith-based NGOs, taking religion seriously and understanding how it functions in peoples’ lives is ultimately a way to leverage what Joseph Nye calls “smart power.”

Brie Loskota is the managing director of the Center for Religion and Civic Culture at the University of Southern California. In this capacity, she oversees the strategic planning and daily operations of an interdisciplinary research center that conducts 25 research and community-based projects each year. Ms. Loskota is a frequent speaker and writer on topics such as interfaith dialogue, faith-based human services, and religious identity among Millennials. She is a regular contributor to Trans/missions, the USC Knight Chair blog on media and religion. She also lectures on religion and society, and religion in Los Angeles and has spoken at conferences and meetings sponsored by the Asia Foundation, Yale University, Society for the Scientific Study of Religion, Union of Reform Judaism, and the University of Dayton, among others.

Nadia Roumani is the Co-Founder and Director of the American Muslim Civic Leadership Institute (AMCLI). Nadia has worked with a wide range of organizations over the past decade to better understand the needs of Muslim communities across the United States, and develop strategic, structural solutions to address these needs. In addition to her work with AMCLI, Nadia has been involved with research projects and initiatives with the University of Southern California, Chicago Council on Global Affairs, and the United Nations Alliance of Civilizations. 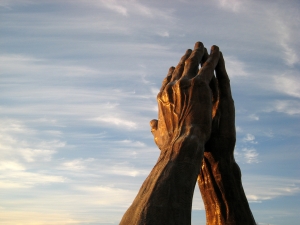