Not only the United Kingdom, but also every other participant country, had ample opportunity to use the 2012 London Olympics as a venue for public diplomacy.  When the world is watching, public diplomacy flourishes.

The UK, and London itself, made the most of their time in the spotlight.  As the British Consul General in Los Angeles, Dame Barbara Hay, points out, “We had two things in mind: the message and the audience.”  The message was about a hospitable and politically open country, which was delivered with varying degrees of subtlety to a global audience, many members of which had never before considered what modern Britain is really like.  If one of the goals of public diplomacy is to stimulate emulation, Britain took great strides toward achieving this.

Other participating countries also took advantage of the public diplomacy opportunity provided by the Olympics.  One of these was Saudi Arabia, which for the first time included female athletes in its Olympics delegation.  Dr. Haifa Reda Jamalallail, president of Saudi Arabia’s Effat University, notes that this step forward showed the world that incremental change is taking place in that country.

Barry Sanders, who is “Mr. Olympics” in Los Angeles (and a member of CPD’s Advisory Board) underscores California’s past and prospective roles in the Olympics.  As London showed this year, the Games provide a superb showcase for city diplomacy and, in the American context, state diplomacy.

Finally, a note about our home, the University of Southern California.  USC alums and current students won a total of 25 medals, including 12 gold, in London.  As an example of “university diplomacy,” this shows the world that a fine academic institution can comfortably include world-class athletes in its community.  That is an important message. 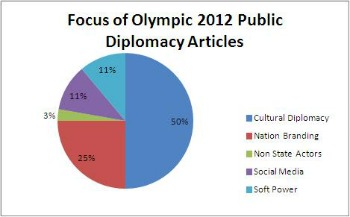 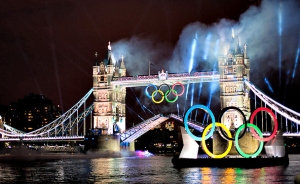