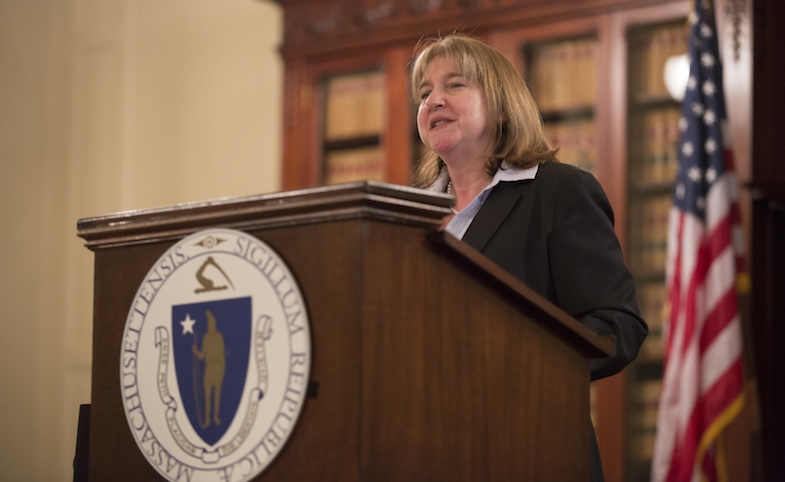 Mary Thompson-Jones is the author of To The Secretary: Leaked Embassy Cables and America's Foreign Policy Disconnect. She joined the foreign service as a public diplomacy officer and worked in Madrid, Prague, Canada, Guatemala, Sarajevo, and Washington, D.C., rising to the rank of minister-counselor. She was the State Department’s Diplomat in Residence for New England before joining Northeastern University, where she heads the master’s program in Global Studies and International Relations and teaches courses in public diplomacy, U.S. foreign policy, and the practice of diplomacy. She holds a doctorate from the University of Pennsylvania, a Master of Arts in Law and Diplomacy from Tufts University’s Fletcher School, and undergraduate degrees in political science and journalism from Cal State Northridge.

Why is To the Secretary crucial reading for students of public diplomacy?

You write that WikiLeaks may have done U.S. diplomats a favor by revealing some “disturbing disconnects between Washington and the field.” Can you elaborate?

Thanks to the leaked cables, the disconnects between Washington and the field have become better known, and as a result there is reason to hope that experienced diplomats with vast regional knowledge will more frequently be given a seat at the policy-making table. It’s too simplistic to say that diplomats are only implementers of foreign policy. Their on-the-ground expertise ought to be a an important part of the deliberations; their knowledge of local societies and contacts with opinion leaders needs to be better-used by those in Washington.

What surprised you in researching To the Secretary?

I was surprised by the generational shift in priorities among foreign service officers. Once diplomats handled all the required work and all the mandated reporting, they showed a zest for getting out of the embassy and enterprising their own cables. They were intrepid travelers, hitting the back regions of countries that go unvisited for years, if not decades. They also brought with them their passion for global issues. These ranged from animal welfare to environmental problems to “slice of life” descriptions. I was pleased to see that the passion for learning to understand foreign cultures is alive and well.

Could you speak on the importance of "truth" and transparency in public diplomacy, particularly under the Trump administration?

Public diplomacy has to be founded on truth. Public diplomacy is not propaganda, psy-ops, or lying – it must be founded on mutual understanding and respect. The kinds of wild statements we saw in the campaign and in the first weeks of the Trump administration are particularly disheartening for public diplomacy practitioners, because their currency is their credibility. They now have the unenviable task of explaining the administration’s often harsh language on a number of issues to foreign audiences directly affected by those policies. Imagine working as a public diplomacy officer in some of the countries affected by Trump’s attempted travel ban. How can U.S. representatives sound friendly and open and welcoming when the language coming out of the White House is negative, prejudiced and in some ways, irrational?

The future is now. The economic crisis has sped up globalization, and we are already living in a new era. The strength of the BRICS countries has to compete with growth in the “double MIT” (Mexico, Indonesia, Turkey and...