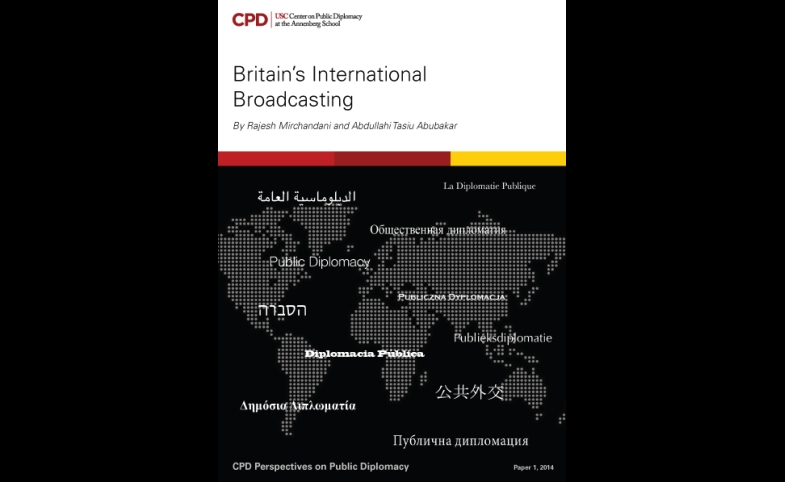 CPD is pleased to announce the release of 2014’s first CPD Perspectives on Public Diplomacy. Titled "Britain’s International Broadcasting," this edition of Perspectives is a two-part analysis of the BBC’s function as an instrument of British diplomacy.

MPD alumnus and veteran BBC journalist Rajesh Mirchandani contributed part one, “The BBC and British Diplomacy: Past, Present, and Future,” which offers a detailed account of the BBC’s history and financial relationship with the state. Mirchandani draws on his own experience working for the BBC to illustrate the Corporation’s successes and failures as an agent of British soft power over the years, as well as some predictions for the future.