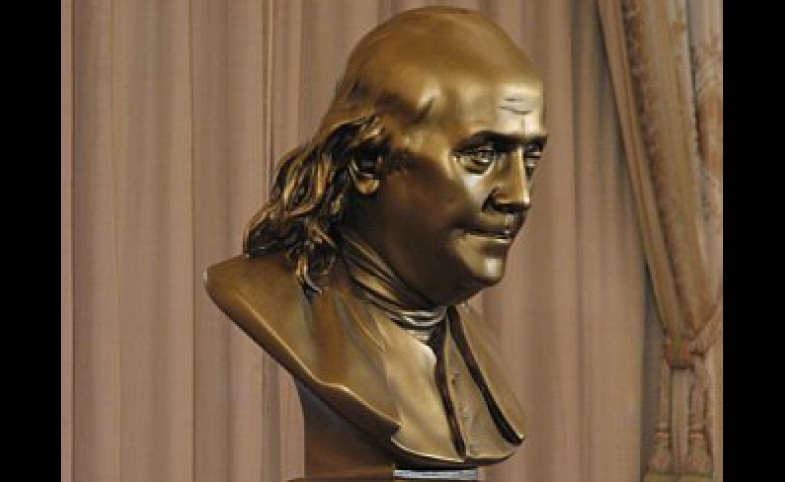 The University of Southern California was honored with one of four inaugural Benjamin Franklin Awards for Public Diplomacy, a prestigious new honor bestowed by the U.S. Department of State.

U.S. Secretary of State Condoleezza Rice presented the award in a ceremony on April 8 in Washington, D.C.

"[The Benjamin Franklin Award] is the most prestigious honor that the Department of State can bestow on American citizens who are making outstanding contributions to public diplomacy, both at home and abroad, and it reflects my conviction that the solutions to the challenges of the 21st century will come from all sectors of American society working together," Rice said. "In the area of academic institutions, we recognize the University of Southern California Center on Public Diplomacy for having evolved into the world's premier research facility in this field."

Through a variety of programs and projects, USC is widely recognized for its pioneering leadership and contributions to academic scholarship and professional engagement in the field of public diplomacy. These include the USC Center on Public Diplomacy at the Annenberg School and the world's first master's degree program in public diplomacy.

The USC Center on Public Diplomacy was founded in 2003 as a partnership between the USC Annenberg School for Communication and the School of International Relations in the USC College of Letters, Arts and Sciences. It has since evolved into the world’s premier research center in public diplomacy, bringing together members of the diplomatic, academic, NGO and corporate communities.

"The USC Center on Public Diplomacy leads our research into the global exchange of ideas and diplomacy," said Adam Clayton Powell III, USC's vice provost for globalization and a Senior Fellow of the Center. "What is now clear is that diplomacy is not just for diplomats: it is for artists and writers, scientists and business executives, educators and students – indeed, for all of civil society."

In 2005, USC launched a graduate-level degree program in public diplomacy, preparing students from around the world for leadership roles in international public service, business and nongovernmental organizations. The first full class of the Master of Public Diplomacy program is scheduled to graduate this May.

USC is also the only institution in the world to offer an intensive two-week training program specifically for mid-career professionals, providing an immersive environment in which to engage colleagues from across the globe in new research and methods through the Summer Institute in Advanced Public Diplomacy.

"It's a tremendous honor for USC to be recognized as a galvanizing force in a field that has only begun to receive wider attention. A dedicated Center and master's program allows leading and emerging practitioners and scholars to advance an exciting new area of international relations," said Geoffrey Cowan, USC university professor, Annenberg School dean emeritus and founder of the USC Center on Public Diplomacy.

Howard Gillman, dean of the USC College of Letters, Arts and Sciences, said: “"We are delighted to be the first educational organization chosen for the Franklin Award by the Secretary of State. It speaks to the important role that universities play in generating new knowledge on important questions and training the next generation of leaders."

"As new technologies make information accessible to more people, our nation needs to have a deeper understanding of the contribution that public diplomacy and soft power can make to advance America's interests around the world," said Ernest J. Wilson III, dean of the USC Annenberg School for Communication. "We are honored that USC's leadership in this area is being recognized with the inaugural Benjamin Franklin Award.”

According to the State Department, the Benjamin Franklin Award is given for a person or organization’s concrete impact on public diplomacy-related efforts, service to the larger community, development of best practices for adoption by other organizations and long-term engagement with participants and issues.

In addition to USC's award in the academic category, awards were presented to a corporation, a non profit and an individual for their outstanding contributions to public diplomacy. The corporate category award was given to Johnson and Johnson who is a founding sponsor of Safe Kids Worldwide, a non profit organization working in 17 countries to prevent accidental childhood injury. The non-profit category award was given to Search for Common Ground, an international conflict resolution organization dedicated to transforming the way the world deals with conflict by using the tools of popular culture as well as grassroots approaches. The individual category award was given to Dave Brubeck, a musician and educator who dedicated his life to bringing jazz music to the world. 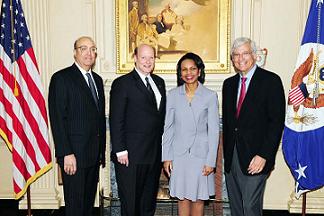 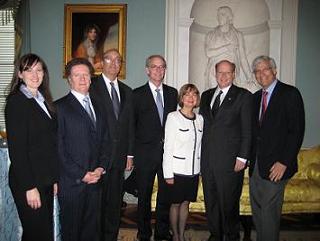 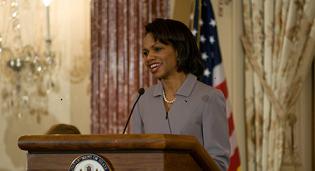 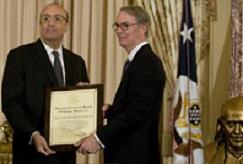