The efficacy of Brazil’s soft power in its continuing rise as an emerging global power has been the source of some controversy in the news over the past month, which showcases the ups and downs of the country’s most recent public diplomacy efforts. While the world’s unwavering attraction to Brazil is largely owed to its effortlessly exotic culture, there is much more to Brazil’s soft power than Carnaval, samba, and skimpy swimwear. Brazil’s regional and global influence is a testament to this fact.

On the regional level, Brazil has emerged as Latin America’s standout global power. This authority is evident in Brazil’s 2008 creation of the Union of South American Nations (UNASUR), developed with the goal of forging deeper economic and political integration in South America by integrating two existing customs unions: Mercosur and the Andean Community of Nations (CAN).

Outside the Western Hemisphere, as Latin America’s rising oil power, it not only commands the globe as a top ranked country in clean energy but it is also leading by example in gender equality with the appointment of a woman to head the nation’s thriving energy industry. President Dilma Rousseff herself is an example of the progress that women have achieved in Brazil. Despite the limitations of social inequality and violent crime, the “B” in the BRICS exults as the world’s 6th largest economy. As it affirms its economic clout as one of the BRICS nations and seeks a permanent seat on the United Nations Security Council, Brazil’s successful execution of its current public diplomacy efforts, specifically in the realm of sports diplomacy and aid diplomacy, could be an important selling point.

As the host of both the next football World Cup in 2014 and the Olympic Games in 2016, Brazil has an opportunity to show the world the vitality of its emerging power in an area about which it is passionate - sports. The decisions to award the events to Brazil, which were won by the government of former President Luiz Inácio Lula da Silva, marked a diplomatic tour de force for the country. But recent negative media attention - highlighting FIFA’s fear that the stadiums won’t be ready in time for the games - shows that convincing the world of your prowess is not enough, one must successfully host the events. This past year’s corruption scandals among President Rousseff’s high ranking officials, first Brazil’s Sports Minister and then the head of the Brazilian football confederation this past March, are partly to blame for the delay. Although most of the 12 stadiums are on schedule, many are over budget and being constructed on taxpayer tabs. It remains to be seen if the exposed challenges of execution are symptoms of a larger problem of underdevelopment and whether Brazil’s forthcoming sport diplomacy initiatives will have a positive long-term impact on the population.

Brazil is a stable democracy and a world leader when it comes to creating and exporting innovative ways to alleviate poverty. In recent years, Brazil has provided billions of dollars to aid to of Latin America. As Brazil takes on a greater role in the hemisphere in terms of aid and finance, it will find that its soft power has the potential to reach new heights. President Rousseff’s closer engagement with Cuba is the latest example of Brazil’s plan of action to expand its regional influence by affording subsidized loans to developing nations. The President’s offer of closer economic cooperation to Cuba not only represents Brazil’s highest-profile advance to parlay its growing economic muscle into diplomatic leadership in Latin America, but it also holds a symbolic purpose – by reaching out to Cuba, Brazil is really drawing attention to its new role of regional leader. Moreover, nowhere is the fierce competition between Brazilian and Venezuelan leadership in the Americas more acute than in Cuba. If Brazil’s influence were to gradually shift Cuba toward an ideological social democratic direction - similar to that found in Brazil - then it would be a major public diplomacy success.

While Brazil has made great strides in its public diplomacy efforts, the transfer of leadership from Lula to Rousseff has changed the tone of the country’s soft power. Under Lula, Brazil’s independent voice was obvious: his charismatic leadership successfully cultivated formal diplomatic ties with every member of the UN General Assembly even while pursuing an independent foreign policy characterized by its non-alignment with Western powers such as the United States. On taking office, it seemed at first that Ms. Rousseff would maintain Lula’s activist foreign policy that sought to play the middleman between Asia, Africa, and the developed world. But after one year, it appears that President Rousseff is more inclined to agree with the U.S. than was her predecessor. This inclination has weakened Brazil’s image as a country unafraid to oppose U.S. and European policies when necessary.

While Brazil’s soft power still remains relatively strong, under Rousseff’s leadership it has neither developed nor diminished, revealing that maybe the soft power of Brazil wasn’t so much about the country, but more about Lula. This brings to mind the image of Fidel’s Cuba compared to today’s less attractive and powerful Cuba under Raul. In this context, Dilma will have to balance Brazil’s regional and global ambitions with the country’s current limitations - such as its ranking as the 17th most unequal country in the world. To build upon Lula’s immense soft power legacy, Brazil will have to pursue more substantial public diplomacy endeavors that incorporate its strengths without highlighting its weaknesses.

Author Biography
Aleksandra Ristovic is a second-year Master of Public Diplomacy student at USC’s Annenberg School for Communication & Journalism, and a current research intern at CPD. Her research interests include questions of identity and cross-cultural understanding, international education opportunity, and exchange diplomacy specifically for countries in transition. A graduate of American University, Aleks holds a B.A. in International Relations from the School of International Service as well as a second B.A. in Philosophy from the College of Arts & Sciences. Her coursework concentrated on international development, primarily dealing with international education, issues of drug trafficking in South and Central America, and social entrepreneurship. She has also held internships with National Geographic, the Inter-American Dialogue, The Brazilian Embassy in Washington, D.C., and the U.S. Mission to the Organization of American States for the U.S. Department of State. Aleks is proficient in Serbian, Spanish, and Portuguese with a working knowledge of French. 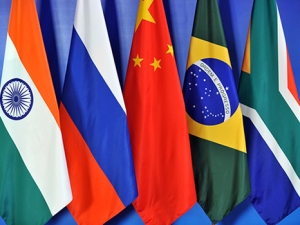