Home|PD and the Gaza Flotilla

PD and the Gaza Flotilla

There have been strong reactions from around the world to the Israeli raid on the Gaza flotilla on May 31, 2010. Official reactions have varied from deep concern over the incident to strong condemnation, while civilian reactions have included public protests following the news of the deaths of individuals on board. Below are the official government positions on the situation from Turkey, Israel and the United States. The stories on the right demonstrate the range of international public opinion.

Israel: Prime Minister Benjamin Netanyahu, in an official press release, expressed regret for the loss of life, said that the event represented a clear case of self-defense of the Israeli Defense Force soldiers, and expressed full backing for the military raid.

Turkey: Prime Minister Recep Tayyip Erdoğan described the raid as “state terror” and ex-pressed the desire that Israel be “punished” for its “bloody massacre.”

US: Secretary of State Hillary Clinton expressed support of the UN Security Council’s condemnation of the acts and its call for a “prompt, impartial, credible, and transparent investigation.”

The Limits of Public Opinion: Arabs, Israelis and the Strategic Balance
Frontier India

The Gaza Raid: No Help to U.S. Mideast Diplomacy
Time

Flotillas and the Wars of Public Opinion
Real Clear World

A PR disaster for Israel
The Spectator

Q+A: Are Odd Couple Turkey and Israel Breaking Up?
Reuters

On June 5, Sandy Tolan, Associate Professor, Annenberg School for Communication & Journalism at the University of Southern California, contributed a piece on the Gaza flotilla incident as a catalyst for the demise of the Israeli-Turkish alliance. Click here to read the blog. 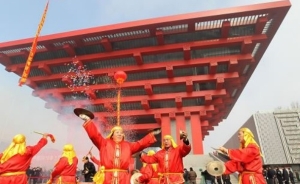