Home|Public Diplomacy and the U.S. Congress

Public Diplomacy and the U.S. Congress

Public diplomacy and strategic communication gained traction as Congress recognized the utility of these tools for global engagement. The Foreign Relations Authorization Act for FY 2010-2011 demonstrates Congress’ commitment to expanding and empowering Public Diplomacy for “global persistent engagement” over “persistent conflict.” HR 2410 establishes the Secretary of State as the head of public diplomacy and strategic communications, requires a majority of the U.S. Advisory Commission on Public Diplomacy have substantial public diplomacy or related experience, improves accessibility to Libraries and Resource Centers and requires the Advisory Commission on Public Diplomacy to report on the Libraries and Resource Centers. In addition, HR 2410 expands the Foreign Service for both State and USAID and requires members of the Service to obtain training and education. It also funds international documentary exchange programs. One could argue that one of the most innovative pieces of legislation is Section 212 of HR 2410 which establishes the Public Diplomacy Reserve Corps, which the Secretary of State may mobilize at any time.

In the Spring of 2010 the Congressional Caucus on Strategic Communications and Public Diplomacy was created to encourage dialogue about current and future U.S. public diplomacy ventures. The purpose of the caucus is to “raise awareness of the challenges facing strategic communication and public diplomacy and provide multiple perspectives on proposed solutions.” Domestic media, driven by think-tanks, foundations and the PD blogosphere will monitor the activities of the Caucus. Before the creation of the SC/PD Caucus, several other public diplomacy-related legislative measures were presented to the U.S. Congress.  For example, a great victory for science and public diplomacy was the unanimous approval of the 2009 Science Envoys Initiative (S.838)  by the U.S. Senate Foreign Relations Committee. The bill highlights U.S. commitment to scientific research and education and “our willingness to collaborate with other countries to promote advancements in these fields throughout the world.” Shortly after the U.S. Science Envoys bill, in June 2009, Congress passed the Senator Paul Simon Study Abroad Bill. “The vision of the Simon Bill is to expand four-fold the number of American undergraduates who study abroad in quality programs across the globe, recognizing the urgent need to prepare the next generation of college graduates with critical language skills, cross-cultural competencies, and international knowledge.”

While public diplomacy legislation and discussions in Congress gained attention and appreciation from think-tanks and academia, the international and domestic media focused on increased U.S. “Aid Diplomacy.”  In September 2009, the House of Representatives approved legislation authorizing U.S. foreign assistance programs for fiscal years 2010-2011. International media highlighted the Congressional vote to triple aid to Pakistan in 2010 – a $7 billion dollar non-military aid package. Another legislative measure that may have a positive impact for U.S. public diplomacy includes the passage of a bill that authorizes issuing a green card to a deceased U.S. citizen’s spouse.

The Future of Public Diplomacy Legislation
Public diplomacy experts, practitioners and academics share a common goal for the reevaluation of the outdated relic from the Cold War,  the Smith-Mundt Act. This legislation, originally created to counter anti-U.S. propaganda overseas, while “protecting” domestic audiences from the U.S. broadcasts, Smith-Mundt was actively utilized against Soviet propaganda in the foreign radio and print media. Considering the radically evolved international media environment of the 21st century, Rep. Mac Thornberry (R–TX) and Adam Smith (D–WA), members of the House Intelligence and Armed Services Committees, introduced the “Smith-Mundt Modernization Act of 2010” (H.R. 5729). “It is time—past time really—to update this law that ties the hands of our diplomats, military, and intelligence professionals. This bill removes legal hurdles and helps bring America’s public diplomacy and communications efforts into the information age,” stated Congressman Thornberry shortly after the announcement of the legislative measure. “Smith-Mundt must be updated to bolster our strategic communications and public diplomacy capacity on all fronts and mediums—especially online.” Though the Smith-Mundt Modernization Act is a strong step toward revaluating an archaic and dated public diplomacy legislation, the path toward revision has been long and arduous. While most scholars, practitioners and policy makers agree change is necessary, the process requires challenging and lengthy discourse.  In light of recent Congressional attention and legislative measures toward expanding and enhancing U.S. public diplomacy, there is hope and a forum for discourse on Smith-Mundt modernization and other positive public diplomacy legislation.

Katherina Jawaharlal graduated from the USC Annenberg School for Communication and Journalism with a Master’s of Public Diplomacy. Prior to USC, she attended UCLA, where she graduated with a Major in Global Studies and Minor in Geography. Katherina’s undergraduate dissertation was “Microfinance and HIV/AIDS in Chennai, India,” her research experience has been in international development, public health (particularly the HIV/AIDS epidemic and FGM), celebrity diplomacy and nation-branding. Her regional focus is in Africa, South Asia, and the former Soviet Union states. 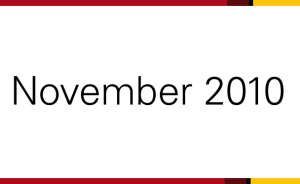