Home|In response to: No More Fun & Games in Delhi

In response to: No More Fun & Games in Delhi

“Babeeta Dhillon‘s short essay in PDiN issue of October 2010 is a fine quick summary of the major failures of the
Commonwealth Games (CWG) of October 2010 hosted by India. This event provides rich material for the PD practitioner, an almost instant case study. Writing this a month later, I would stress a couple of additional points.

First, take the media reaction in India. With over 50 satellite TV news channels providing 24-hour news coverage, frenzied competition is their dominant characteristic. Their mobile studio vans virtually hunt for news in packs, each struggling to outdo others with ‘breaking news‘ for the day‘s key timeslots. In the lead-up CWG, a mounting saga of implementation glitches, and cascading delays, led the media to collectively unearth corrupt deals and financial scams. This was investigative journalism at its best. But once the international media got into the act, retelling stories of poor preparations, the Indian media tone shifted, bringing nationalist sentiment to the fore. They argued that just before CWG inauguration, preparations had in fact come together—much like an Indian wedding. The Indian media began to see in foreign reports both bias and unfairness.

Second, at the actual Games, Indian athletes delivered unexpectedly fine performance; they won second place in the medals tally, including gold medals on the track and field, a usual point of weakness. Competitors at archery joined the traditional winners at shooting, wrestling weighlifting and boxing.In the end, will people remember the pre-Games fiasco, or the rather smooth operation of the event and a better-than-expected performance by the athletes? Perhaps we should wait for some months to draw a conclusion, using both polling, and the impact on tourism flows and on business visitors. PD impact assessment needs time, and objectivity. 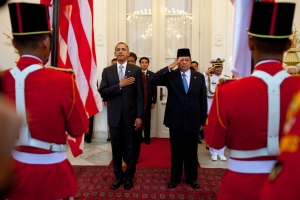