Advocates of improving the U.S. government’s global communication capacity and thus its public diplomacy heaved a sigh of relief in January. The reason: When President Obama signed the National Defense Authorization Act, he also signed into law the Smith-Mundt Modernization Act, which contains a much needed overhaul of Smith-Mundt’s prohibition on domestic dissemination of the programming of U.S. international broadcasting for American audiences.

When American listeners, including those in Congress with budgetary oversight responsibility, can access the programming of the Broadcasting Board of Governors (BBG), greater transparency and improved quality should follow. Selling products to U.S. cable and radio stations could also create a much needed revenue stream for the ever cash-strapped U.S. broadcasting complex, which includes Voice of America, as well as the “surrogate” broadcasting units, Radio Free Europe/Radio Liberty, Radio and Television Marti, Radio Free Asia, Radio Sawa and Al Hurra Television, and Radio Farda. For U.S. diaspora audiences, access to the language services of VOA and the others could give them a reliable source of news about their home countries.

The Smith-Mundt Modernization Act will go into effect on July 1, 2013. According to the Voice of America, “the new law will allow the BBG to accept requests to provide its programs to organizations which, until now, it could not share them with, including U.S.-based broadcasters, publications, universities, non-governmental organizations, and others that have requested these materials over the years.”  While still affirming that the U.S. State Department will focus its public diplomacy and information efforts overseas (as opposed to within the U.S.), the Modernization Act allows U.S. domestic audiences to legally access U.S.-sponsored foreign information, including Voice of America. Additionally, this moderation allows citizens to receive information regarding foreign broadcasts via Freedom of Information Act requests, which were previously prohibited on the basis of the Smith-Mundt Act.

How we ended up in a situation, just about unique in the world, where American citizens were unable to access the information produced by their own government for foreign consumption, goes back to the days of the Cold War. The Information and Educational Exchange Act of 1948, more commonly known as the Smith-Mundt Act, both established congressional authorization for State Department information diplomacy efforts, and—as amended—prohibited transmission to the American people. It certainly created the impression that this information was too dark or dangerous for the mind of the average American.

Smith-Mundt sought to make permanent the information activities the State Department had begun during the war, such as broadcasting the Voice of America beginning in 1942 (the Voice of America had been given over the NBC and ABC for production and transmission, but after one year, the networks desired to end the government partnership). Notable public figures came to testify in support, including then Secretary of State George Marshall, Chief of Staff General Dwight D. Eisenhower, and Under Secretary of State Dean Acheson.

Amendments to Smith-Mundt in 1972 and 1985 tightened provisions on the dissemination of information to the American public. The 1948 Act included de facto prohibitions on the distribution in real time of information intended for foreign audiences. This responded to Congressional mistrust of the State Department and allayed concerns by private U.S. broadcasters that they would be unable to compete with a government-funded USIA. Provisions prohibited “the dissemination of [U.S. State Department] information within the United States, its territories, or possessions”, with the exception of a “Problems of Communism” pamphlet which “could continue to be sold at the Government Printing Office.”

McCarthy-era fears of communist contamination of State Department public diplomacy efforts led Congress to further restrict domestic dissemination. The 1972 Foreign Relations Authorization Act included an amendment which included a formal prohibition of domestic dissemination. The availability of press release or radio scripts from USIA was limited to “examination by representatives of United States press associations, newspapers, magazines, radio systems, and stations, and, on request, Members of Congress.” Too often members of Congress, however, found themselves frustrated by language barriers and bureaucrats citing Smith-Mundt as they tried to investigate poor journalistic standards or bad management practices.

The wide distribution of information via the internet made the information prohibitions of Smith-Mundt largely meaningless or counter-productive. When the USIA introduced its programming online in 1994, government employees were prohibited from giving out the URL addresses of these sites and U.S. citizens were forbidden from accessing the websites.  Although these provisions had no enforcement mechanism, they made accessing the Voice of America internet site, for example, a crime. In other words, accessing U.S. government-sponsored news sites aimed at foreign audiences was illegal.

Today, in the age of the Internet, enforcing those restrictions on the domestic dissemination of content has become entirely impossible. Technological advancement has simply overwhelmed the old Smith-Mundt Act restrictions. The modernization of the act will now allow greater transparency in the field of radio and television broadcasting, hopefully making U.S. public diplomacy more competitive in a world interconnected by communication.

Author Biography
Helle C. Dale is the Heritage Foundation’s Senior Fellow in Public Diplomacy studies. Her current work focuses on the U.S. government’s institutions and programs for strategic outreach to the public of foreign countries, as well as more traditional diplomacy, critical elements in American global leadership and in the war of ideas against violent extremism. She is a media fellow at the Hoover Institution, Stanford University, serves on the Board of Visitors of the Institute on Political journalism at Georgetown University, the Center for Free Inquiry at Hanover College in Indiana, and Business for Diplomatic Action. She is also a member of the Council on Foreign Relations. 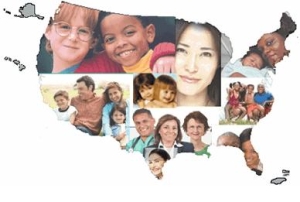