Home|Soft Power in a Hostel Environment

Soft Power in a Hostel Environment

The whole world is a narrow bridge, you mustn’t be afraid to cross it.
Rabbi Nachman of Breslov

Travel has a long history as a medium for public diplomacy considering the role travelers have played in communicating culture and ideas of far-away lands. These peripatetic souls often provide practical readings of the global zeitgeist while carrying out their meanderings. Famous travelers such as Marco Polo, Ibn Battuta, Leo Africanus and Benjamin of Tudela are just a few of the luminaries whose work influenced generations long ago to wonder what lay beyond their city gates and made the world just a little bit smaller with their writings.

Some of the first contemporary machinations of travel diplomacy include Mark Twain’s famous book Athens and Sparta seek to welcome those of China’s Middle Kingdom to the isles where triremes once waded.  All the while, the eternal city of Damascus again plays host to the meeting of Occident and Orient as music festivals fill the medieval citadel of the Syrian capital and travelers are beckoned back to the City of Jasmine. The whole Middle East is experiencing a tourism renaissance, as the Masbirim (“Explainers”) campaign, an effort to get the nation’s trav-eling denizens to act as citizen diplomats while they wander the globe—Israel is attempting to alter its negative international image through the soft power tool of tourism. 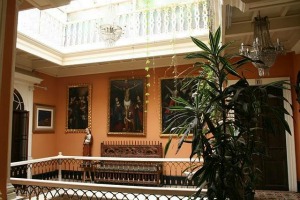 What remains perhaps the purest form of travel as public diplomacy is embodied in the youth hostel. Youth hostels facilitate cultural exchange by offering cheap accommodation for international and domestic travelers, the majority of whom are students and backpackers, to bed down for the night. Hostels are more effective than hotels for tourism diplomacy because they often provide more communal environments such as shared dorm rooms, kitchens and salons to encourage social interaction between the diverse guests. The combination of cheap accommodation, communal environs and international clientele makes the youth hostel a prime location for the ever-important exchange of ideas- a notion central to the field of public diplomacy.

The overarching youth hostel movement, Hostelling International (HI) is more than a century old. In 1909, German schoolteacher Richard Schirmann launched the idea of the youth hostel (Jugendherberge) after he and his pupils were forced to lodge in farms and schools during a school trip. Three years later, Schirmann created the first youth hostel at the Altena Castle in Westphalia, Germany.

To promote the education of all young people of all nations, but especially young people of limited means, by encouraging in them a greater knowledge,  love and care of the countryside and an appreciation of the cultural values of towns and cities in all parts of the world, and as ancillary thereto, to provide hostels or other accommodation in which there shall be no distinctions of race, nationality, colour, religion, sex, class or political opinions and thereby to develop a better understanding of their fellow men, both at home and abroad.

Beyond the hostels affiliated with HI, there are also a large variety of independent hostels that also cater to the needs of travelers, backpackers and all others abroad.

As such, the hostel has an unmatched ability to attract travelers of all ages and representing diverse nationalities, cultures and social backgrounds.  It provides these itinerants with a safe space to informally share their experiences, and in turn learn about themselves, their traveling compatriots and their environment.  Public diplomacy is ultimately a field predicated on the communication of culture and values in the international arena, in this regard, the youth hostel and its ability to facilitate the exchange of ideas represents the essence of the public diplomacy.

The medium of travel and tourism represent an important avenue of public diplomacy, and an under-appreciated source of soft power. The power of attraction by virtue of a country’s historical or cultural draw is a valuable aspect of soft power influence. The ability to communicate a country’s values and culture to the strangers in its midst can enhance soft power in ways not often fully realized. If, as Mao said, (hard) power comes from the barrel of a gun, then perhaps in our increasingly globalized and connected world, soft power can be found tied to a luggage tag. 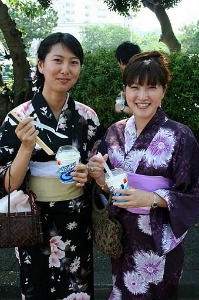 Author Biography
Paul Rockower is a recent graduate of the Master of Public Diplomacy Program at the University of Southern California. He last contributed to the PDiN Monitor, Volume 1, Issue 2, as co-author of the article “Lost in Explanation”. He has traveled to nearly 55 countries, including treks from Beijing to Cairo, from Buenos Aires to Patagonia and back up to Lima, and from Los Angeles to Panama. His next adventure, which started in Taiwan, is to the Philippines, Indonesia and parts still unknown. You can follow his travels at: http://levantine18.blogspot.com.