The ongoing release of 250,000 U.S. diplomatic cables by Wikileaks started in late 2010, in staggered releases coordinated with global news organizations, including: The New York Times, El País, The Guardian, Der Spiegel, and others. The released cables offer a look inside the American diplomatic process (and the diplomatic process in general), revealing the distance between public and private communication. None of this really qualifies as news; governments and their publics have long understood that traditional diplomacy is an art that depends on concealment.  The content of the cables released thus far has been similarly underwhelming, mainly resulting in a few bruised egos and embarrassments (both personal and national). There was a suspicion that this secrecy breach might change the government’s attitude toward secrecy in diplomacy. Proof that diplomacy continues despite this release of information might be found in the U.S. government’s own presentation of the damage caused: while (since-resigned) State Department spokesman P.J. Crowley maintained that “there has been substantial damage” as a result of the release of the cables, the government’s private assessment of the publication is that it “was embarrassing but not damaging.”

In spite of the relative lack of substance in most of the material released to date, there have been concrete consequences from the release of the cables. Some American ambassadors have found their jobs complicated by the repercussions of their newly-published remarks; Carlos Pascual resigned as Ambassador to Mexico after his relationship with Mexican President Felipe Calderon soured as a result of the cables that criticized Mexico’s army and police forces for being ineffective and corrupt. Ambassadors to other countries such as Kenya and Libya encountered difficulties from their critiques of local regimes. The U.S. ambassador to Ecuador was recently expelled following the publication of a cable in which she alleged widespread corruption in the Ecuadorian police force. The U.S. responded in turn by expelling Ecuadorian Ambassador Luis Gallegas and cancelling an upcoming round of trade talks. The reputation of the U.S. has suffered in some places; in Spain, cables published by El País revealed that the U.S. embassy interfered in Spanish criminal proceedings against three American soldiers accused of killing Telecinco cameraman José Couso in Baghdad in 2003. Domestic debates in the United States about the appropriate response to the leak have included labeling Wikileaks head Julian Assange or the organization itself as “terrorist,” up to scattered calls for Assange’s assassination. Various critics, including President Lula of Brazil have attacked the U.S. response to Wikileaks as hypocritical and disproportionate.

Various other governments and politicians have had their domestic reputations damaged by the cables released thus far. In India, Wikileaks’ revelations have helped inspire protests against government corruption, while Lebanon and other countries have faced criticisms about the nature and extent of their relationship with the United States. In Tunisia, the publication of cables critical of government corruption helped mobilize a domestic protest movement that eventually toppled former president Zine El Abidine Ben Ali.

Wikileaks, like Al Jazeera (whose international broadcasting influence may or may not be wielded as a tool by the Qatari government, according to cables sent by the American ambassador in Doha), is a powerful public diplomacy actor with global reach. While releases to date have focused on the United States and its relationship to the world, Wikileaks positions itself as a truly global media organization. Like any news outlet of substantive transnational reach, it is a significant conduit of information to a broad variety of foreign publics.

Jay Rosen claims that Wikileaks is “has argued that Wikileaks may be best understood as a social movement rather than a journalistic actor per se, because its primary agenda is to develop transparency and a broader freedom of information.

A larger concern – both for the U.S. government and for Wikileaks supporters – may grow out of the fact that most of these cables were secret in the first place. Wikileaks’ “social movement” uses their technological platform not only to allow leaks to crack the armour of organizational secrecy worn by governments, but to damage the communication dynamics essential to their internal workings by imposing a “cognitive ‘secrecy tax’” that limits the effective functioning of a largely secret hierarchy. Glenn Greenwald has argued that in a democracy “collapse the distinction between ‘insiders’ and ‘outsiders,’ and to change the informational bases that underpin the “consent of the governed.”

The Wikileaks cables largely revealed only “open secrets” about governments and the workings of their diplomacy. In a few cases, specific revelations led to public outrage against the U.S. (as in Spain) or locally against a government (as in Tunisia). Overall, the cables themselves were relatively minor, and mostly served to complicate diplomatic relationships only in the short term. It is unlikely that the release of the cables will have lasting effects on relations between governments or on the conduct of diplomacy. The cable release may be most significant in encouraging other digital organizations and inside sources to adopt similar practices. The growth of sites for “Wikileaks journalism” may make governments reconsider the security measures that protect their networks, as well as the ways that they organize their diplomatic and military clearances. Wikileaks helps restore the presumption of publicness to the workings of democratic government, as much in the eyes of the public as in actual information flows. It may benefit global publics and governments alike if these releases lead to more restrictive use of classifications for document secrecy. Wikileaks, and the journalistic future it represents, may eventually force governments to re-evaluate where they draw the line between “insiders” and “outsiders,” and just how much “cognitive ‘secrecy tax’” they are willing to pay.

David McDougall holds a Masters in Global Media and Communications, a joint program taught by the London School of Economics and USC’s Annenberg School for Communication and Journalism. His research focuses on new media communication networks and their use by insurgent political movements, including activist use of social media and the interactions between social movements, blogs and mainstream media. He was awarded Distinction on his LSE dissertation, The Journalistic Identities of Liveblogging, A Case Study: Reporting the 2009 Post-Election Protests in Iran. 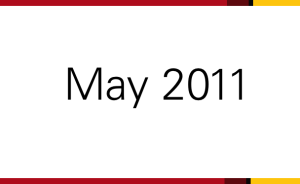