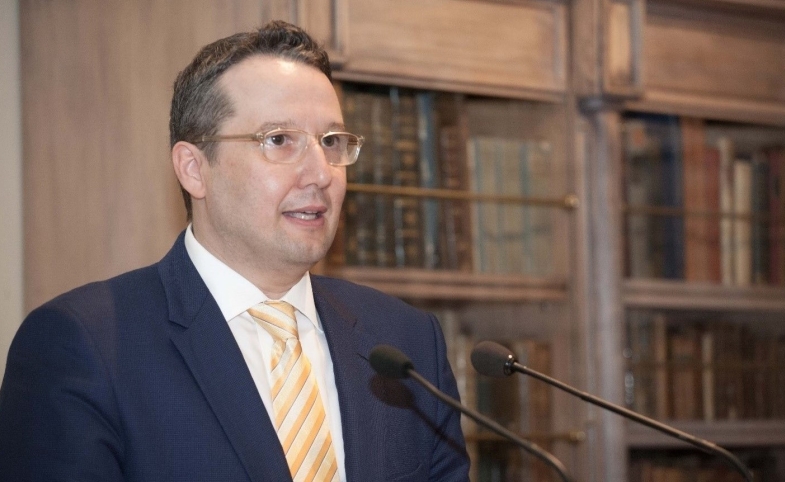 The USC Center on Public Diplomacy is pleased to welcome Dr. Aristotle Tziampiris as a CPD Visiting Scholar for 2021–2022. Tziampiris will be working with the Center on the vital role of public diplomacy in the evolving international relations of the Eastern Mediterranean region.

Tziampiris is the author of The Emergence of Israeli-Greek Cooperation (Springer, 2015); Faith and Reason of State: Lessons from Early Modern Europe and Cardinal Richelieu (Nova Science, 2009); Kosovo’s Endgame: Sovereignty and Stability in the Western Balkans (IAA, 2006); International Relations and the Macedonian Question (ELIAMEP, 2003) [in Greek]; Greece, European Political Cooperation and the Macedonian Question (Ashgate Press, 2000); co-editor (with Foteini Asderaki) of The New Eastern Mediterranean Transformed: Emerging Issues and New Actors (Springer, 2021); co-editor (with Spyridon Litsas) of The New Eastern Mediterranean: Theory Politics and States in a Volatile Era (Springer, 2019); co-editor (with Spyridon Litsas) of Foreign Policy Under Austerity: Greece's Return To Normality? (Palgrave Macmillan, 2016); and co-editor (with Spyridon Litsas) of The Eastern Mediterranean in Transition: Multipolarity, Politics and Power (Ashgate Press, 2015).

He has published a series of essays primarily on Greek history and international relations in South Eastern Europe and the Eastern Mediterranean. His op-ed pieces have appeared in various publications and websites, including the New York Times, the Jerusalem Post, the Huffington Post, the Washington Times and the National Interest. He is currently working on a study of the resolution of the Macedonian name dispute and a historical essay on the Monroe Doctrine and the Greek War of Independence.

Dr. Tziampiris holds a PhD and an MSc (econ) degree from the London School of Economics and Political Science and is a graduate (BA) of Middlebury College.

Since 2009, Greece weathered one of the severest economic crises in recent global financial history. For years, a widespread tide of negative publicity—triggered mainly by misinterpreted facts—spread across the international...

The USC Center on Public Diplomacy is pleased to welcome Oliver Lewis as CPD Visiting Fellow (non-residential) for the 2019-2020 academic year. Lewis brings experience as a public diplomacy practitioner, scholar and...

Catching Up with Elizabeth McKay

Did you know that CPD Senior Visiting Scholar Elizabeth McKay has 35 years of diplomatic experience? Since joining the U.S. Information Agency (since merged in to the State Department) in 1985, she has served all over the...