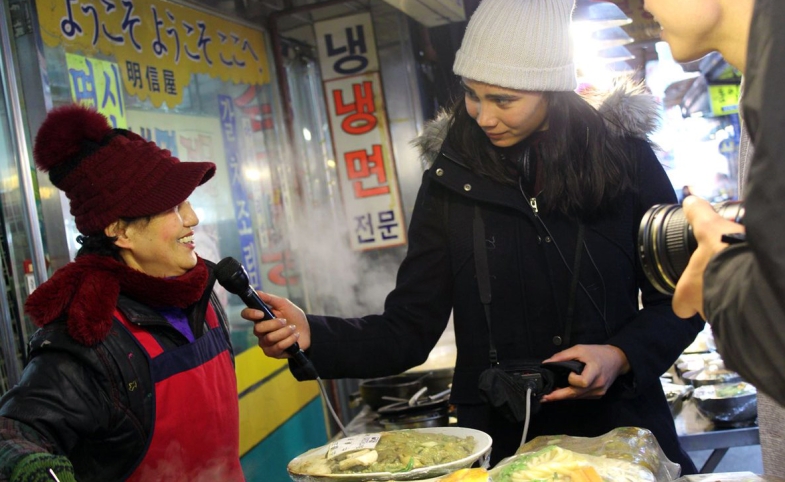 CPD invites you to watch our immersive documentary: Inside Sports Diplomacy: A 360° View of Korean Peacebuilding through PyeongChang 2018.

This story—produced with 360-degree video technology—is the result of a CPD partnership with JOVRNALISM (VR journalism) to send a VR storytelling team to South Korea during the country's unique opportunity to showcase its culture and peacebuilding efforts through sports diplomacy.

The CPD-JOVRNALISM team traveled throughout Seoul and eastward to rural Olympic host cities PyeongChang and Gangneung, conducting interviews with local residents and capturing their hometowns and workplaces—including the DMZ—in 360-degree views. You can view five immersive postcards from this project.

In one interview, a South Korean attendee of the 2018 Winter Games notes, "Most South Koreans wish peace, not only on the Korean Peninsula, but also in the world. I hope this region can serve as a bedrock for world peace."

Experience the immersive documentary below.

Tips: Listen with headphones. Click and drag to view in all directions!

This immersive documentary is published through our CPD 360 initiative.

This project is made possible in part by the Korea Foundation. Read more about the grant here.

If you enjoyed CPD's immersive postcards and documentary about sports diplomacy and culture during the 2018 Winter Olympics in South Korea, we invite you to watch these short videos about the CPD 360 team's experience...

Each Olympics event is an opportunity for the host country to showcase itself—its culture, its people, its food—to the world. In 2018, South Korea stood center stage as home to the PyeongChang Winter Games.  In the...

On February 16, National Public Radio (NPR) published an immersive "360-degree look" at scenes from the 2018 Winter Olympics, produced by the CPD 360 + JOVRNALISM storytelling team that traveled to South Korea to...