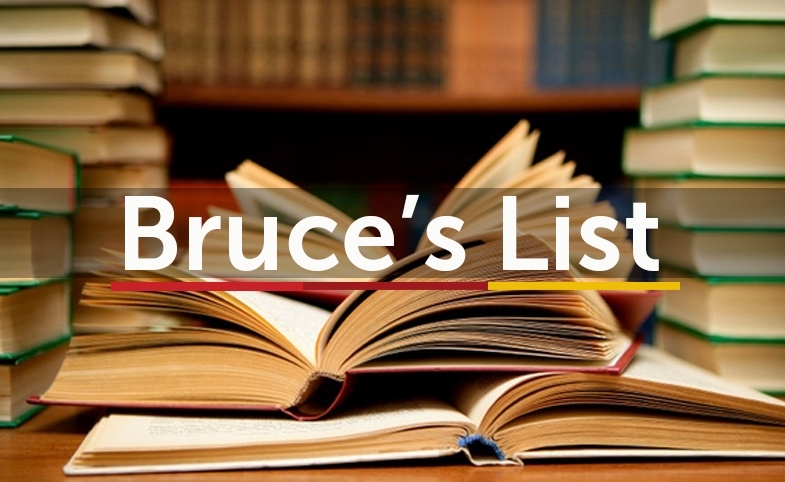 The June edition of Bruce Gregory's public diplomacy reading list is now available. Known affectionately at CPD as "Bruce's List," this list is a compilation of books, journal articles, papers and blogs on a wide variety of PD topics, and features a number of CPD scholars. Highlights from this latest list include:

James Pamment, rapporteur, New Diplomacy, Wilton Park, WP1531, March 15-17, 2017. In this brief report, Pamment (University of Lund) summarizes key judgments of 50 practitioners gathered at Wilton Park to examine new approaches to decentralized diplomacy in a networked world. Key judgments include: Diplomats cannot do everything alone. They must balance traditional roles with new skills such as leadership, boldness, innovation, and disruption. Diplomats will need more education and training, and a greater willingness to listen and learn. Digital technologies are no longer new in diplomacy; algorithms, bots, and hackers are poorly understood. “Unusual suspects” are needed in a rethink of approaches to influencers in diplomacy – including “diplomats for hire” at the periphery of diplomatic networks. Diplomats must be more open to dissent, a plurality of perspectives, and a norm of “optimal distance” while collaborating with a wide variety of diplomatic and non-diplomatic actors to achieve shared outcomes. Not everything will be new in the “new” diplomacy, but there is an “evolving ‘normal.’” A useful read for practitioners and students.

Condoleezza Rice, Democracy: Stories from the Long Road to Freedom, (Twelve, 2017). The former U.S. Secretary of State meditates on the meaning of democracy and lessons from struggles to establish and sustain democratic institutions. Her stories about the United States, Russia, Poland, Kenya, Ukraine, Colombia, and the Middle East draw heavily on her experiences in government and knowledge of democratization discourse. She makes a continuing case for the National Endowment for Democracy and other U.S. democracy promotion activities. Her anecdotes and descriptions of conversations with foreign leaders will inform historians and democracy builders. Rice blends idealism and realism, optimism and pessimism. In places, she is candid about mistakes. Her epilogue makes glancing references to “a new president...elected with absolutely no experience in government of any kind” and a troubling possibility that a turn to “nationalism and nativism will threaten the global order.” But here and throughout the book, she is measured and decorous – a voice suited for an excellent seminar but distant from the emotions and raw politics of high stakes democratic struggles.

Dina Smeltz, Karl Friedhoff, Craig Kafura, Johua W. Busby, Jonathan Monten, and Jordan Tama, The Foreign Policy Establishment or Donald Trump: Which Better Reflects American Opinion? The Chicago Council on Global Affairs, April 20, 2017. In this report, based on the Council’s surveys conducted in 2016 before the U.S. election, Dina Smeltz and her colleagues find “the general public was more attuned to the broad outlines of foreign policy positions promoted by the foreign policy opinion leaders, or ‘the Foreign Policy Establishment.’” Among the findings: (1) bipartisan consensus among U.S. foreign policy opinion leaders in both parties on active global engagement, maintaining alliances, and international trade; (2) foreign policy views of the general public aligned more with those of foreign policy opinion leaders than the stated views of candidate Donald Trump; (3) views of experts in Republican and Democratic parties more often aligned with each other than with publics affiliated with their parties; (4) majorities in both parties supported globalization and trade; and (5) among Republicans a historic high of 67% viewed immigrants and refugees as a critical threat compared with 19% of Republican opinion leaders.

Analyzing the Impacts of Public Diplomacy

Efe Sevin, a political communications scholar and an assistant professor at Kadir Has University, has published a new article. His piece, Pathways of Connection: An Analytical Approach to the Impacts of Public Diplomacy,...

A team of research scholars from the University of Southern California has published a working paper assessing how an MTV documentary on human trafficking impacted knowledge, attitudes and behaviors among Indonesian youth....