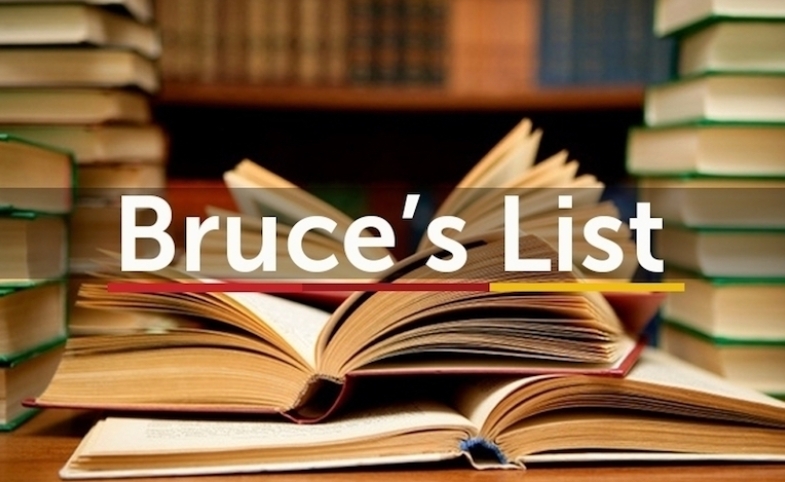 The October edition of CPD Faculty Fellow Bruce Gregory's public diplomacy reading list is now available. Known affectionately at CPD as "Bruce's List," this list is a compilation of books, journal articles, papers and blogs on a wide variety of PD topics and features a number of CPD scholars.

Yadira Ixchel Martínez Pantoja, “Conceptualizing a New Public Diplomacy Model: ‘Intermestic’ Instruments and Strategies to Promote Change in Mexico’s GM Food Policy,” The Hague Journal of Diplomacy, Volume 13, Issue 3, 2018, 245-271. Pantoja (The University of Auckland) makes two important contributions in this article. First, she advances conceptual dialogue on the “new diplomacy” of state, sub-state and non-state actors wielding public diplomacy as partners and stakeholders on an “intermestic” (both international and domestic) issue. Second, she constructs a public diplomacy model applicable to strategies and instruments used by U.S. state, sub-state, corporate and NGO actors to convince Mexico of the benefits of GM (genetically modified) foods. Her article provides both an instructive case study in polylateral diplomacy and insights into the pros and cons of a significant policy issue with economic, environmental and food security ramifications. [Note from CPD: Read Pantoja's recent CPD Blog post on this topic here.]

Kadir Jun Ayhan, “The Boundaries of Public Diplomacy and Non-State Actors: A Taxonomy of Perspectives,” International Studies Perspectives, (2018) 0, 1-21. In this insightful and well-researched essay, Ayhan (Hankuk University of Foreign Studies, Seoul) provides a systematic assessment of recent scholarship in public diplomacy based on an in-depth survey of 160 articles and books. He assumes public diplomacy is a field of study that requires analytical boundaries and a taxonomy of perspectives as a first step in theory building. He begins with a conceptualization of public diplomacy within the discipline of international relations. His taxonomy divides public diplomacy into five broad groups: state-centric, neo-statist (states plus social or grassroots diplomacy), non-traditional (based on actor capabilities not status), society-centric and accommodative, meaning perspectives that include non-state actors in public diplomacy if their activities meet certain criteria. Scholars and conceptually minded practitioners will find much on offer here. Ayhan draws needed attention to the importance of boundaries and non-state actors in theorizing diplomacy. His critiques of arguments in the literature warrant reflection and promise to enhance discourse in diplomacy studies. Directly and by implication his paper suggests areas of further research—including his debatable proposition that public diplomacy should be treated as a separate field of study rather than as an increasingly mainstream dimension of diplomacy.

Richard Wilke, Bruce Stokes, Jacob Poushter, Laura Silver, Janell Fetterolf and Kat Devlin, “Trump’s International Ratings Remain Low, Especially Among Key Allies,” Pew Research Center, October 1, 2018. In this second 25-nation survey during the Trump presidency, Pew’s research team finds “Trump’s international image remains poor, while ratings for the United States are much lower than during Barack Obama’s presidency.” Among other findings, international publics have significant concerns about America’s role in world affairs, the U.S. is perceived to be doing less to address global challenges and American soft power is waning. Frustration is particularly high among close U.S. allies. Israel is an exception to the pattern. Most see China on the rise, but “the idea of a U.S.-led world order is still attractive to most.” German Chancellor Merkel and French President Macron received positive ratings. Chinese President Xi, Russian President Putin and President Trump, lowest of the five, received negative ratings.

Latest Must-Reads in Public Diplomacy: May 2019

The May edition of CPD Faculty Fellow Bruce Gregory's public diplomacy reading list is now available. Known affectionately at CPD as "Bruce's List," this list is a compilation of books, journal articles, papers and...