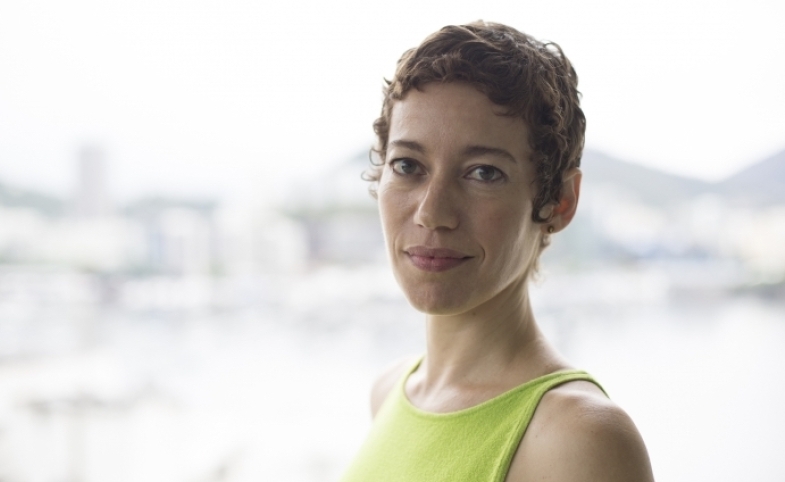 Juliana Barbassa recently published Dancing With the Devil in the City of God: Rio de Janeiro on the Brink (Touchstone, 2015). She answered a couple of CPD's questions on Rio de Janeiro, mega-events, and city diplomacy.

With the eyes of the world on Rio as it hosts two mega-events, what image is the city trying to project? How is it doing so?

There has been a very clear plan to use sporting mega-events to foster a very specific kind of development in Rio. It started with the Pan-American Games in 2007, included the 2014 World Cup and will culminate with the 2016 Olympics. The preparation for these events included massive infrastructural, social, environmental and economic changes that compounded each other and sought to project an image of a city that is safe, modern, and booming -- a world capital ready to welcome investment and tourism.

Most of these projects targeted the city’s most recognized challenges: its nightmarish traffic, its violence, the decrepit infrastructure that results in sewage pouring into the ocean, the lack of low-income housing that is behind its sprawling favelas. These deficits most directly affected the locals, known as cariocas, especially the poorest, but it also scared off investment. CEOs think twice before relocating to a place that requires executives to live within gated compounds and drive in bulletproof cars.  Rio needed the investment, and the games were part of a very positive broader setting - the national economy was booming, there was an oil discovery off the coast -- that brought money, political will, and deadline that could make massive change of this sort possible.

When I moved to Brazil in 2010 as the AP’s Rio correspondent, there was a belief in the country’s and the city’s future, an optimism among cariocas that was palpable. These heightened expectations were due in part to specific programs. Many of them went to the heart of the tremendous inequality that had long marked the city: The UPP project, which brought police presence to specific favelas, and was supposed to bring basic services in its wake, is one. Cleaning up Rio’s polluted rivers and the Bay is another. Morar Carioca, which would have brought basic services to all favelas by 2020, would have had tremendous impact on the quality of life in the city.

Over the next four years, I watched alongside other cariocas as each of these projects unraveled due to poor planning, lack of funding, or misplaced priorities. This failure after a period of heightened expectations made the heartbreak of covering Rio over the next four years even more acute.

How do the city's residents whom you've interviewed feel about this image?

There is a frustration there, a sense they’ve been victims of a bait-and-switch. Locals were told that hosting these huge events was an honor that reflected their country’s growth, that would consolidate Rio’s, and Brazil’s image abroad and bring concrete improvements: urban renewal, tourist dollars, investment. What they saw instead were a series of transformation that, broadly speaking, funneled more improvements, resources and benefits to the same narrow, powerful elite as always, increasing the inequality that marked the city.

There were new transportation corridors, for example, but they converged on the city’s west side. This is a region that is growing, but it is also Rio’s most affluent segment, a landscape of gated communities, high-end malls and highways. The working class neighborhoods in the north, which suffer from hours-long traffic bottlenecks daily, saw none improvements at all. The program that promised basic sanitation and infrastructure to Rio’s favelas, called Morar Carioca, was never funded. The UPP program, which has a host of problems in the way it was implemented, largely serves favelas that surround the city’s posh neighborhoods and the main sports arena.

What is Rio's image within Brazil? Have preparations for the mega-events affected this?

Rio has always been Brazil’s showcase city, its source of pride. Sao Paulo is bigger, more powerful; it’s the financial and industrial center. Brasilia is the political capital. But although Rio has suffered for decades -- it has suffered a loss of position, money and industry since the 1960s -- it has never lost its charm and the grip it has on the imagination.

Any Brazilian can sing along with “Cidade Maravilhosa,” Rio’s unofficial anthem, which calls the city by the bay ‘the heart of Brazil.’ All Brazilians were bursting with pride when Rio got the 2016 Games. As then-president Lula said, Rio’s Olympics is Brazil’s Olympics.  So when the question of whether the investment required to host the Games is worthwhile comes up, it is not only a question for cariocas, or Rio locals; it’s a question for all Brazilians. The uncertainties felt in Rio are very much shared by the country.

You were born in Brazil but have lived in Iraq, Malta, Libya, Spain, France, and the U.S. How did this international pedigree inform your writing of Dancing with the Devil?

When I returned in 2010 I was drawn by for professional reasons -- the country was going through tremendous change and the world was watching -- but I also had personal motives. Brazil was the country on my passport, but although I spoke the language and it was home to all of my family, I had never lived there as an adult, and I’d never focused my professional scrutiny on it. I wanted to see what it would be like to live there, to be a Brazilian among Brazilians, after a lifetime spent as a foreigner, living in and writing about the countries of others.

It was often very hard. Confronting the disparity between the Brazil I’d known as a child and had to a certain extent romanticized over the years and what I saw as a reporter was difficult. Writing the book pushed this even further than being a correspondent had. It required me to revaluate a lot of certainties I’d held dear. I did not want to lower my expectations when covering my own country; I wanted to, and I think I did, hold Brazil to the same standards as I held any other place, even if what I learned or what I saw left me very frustrated and affected me personally in ways I had not expected.

All told, this exercise of examining my own country in the same light as others was a very valuable experience, even if it had its painful moments -- a little like a teenager who grows up and develops a new, adult relationship with a parent. There are rocky moments, but the new connection is stronger for it.

In early February, 7 USC Master of Public Diplomacy students embarked for São Paulo, Brazil. We arrived with just a day to get acclimated to the city before our meetings began on Monday. As students of diplomacy, the logical...