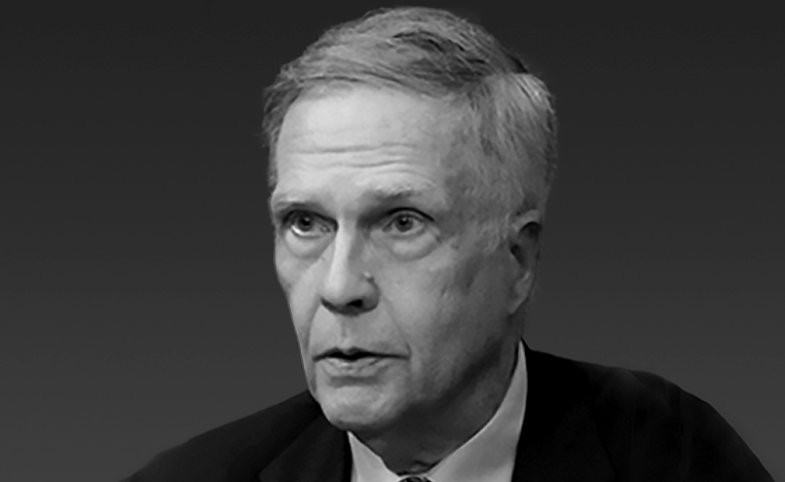 Winston Lord is a longtime American diplomat who served as special assistant to national security adviser Henry Kissinger, as Ambassador to China (1985–89) and as director of the U.S. State Department's Policy Planning Staff under then-Secretary of State Kissinger. Having worked closely with Kissinger during this time, Lord’s new book, Kissinger on Kissinger: Reflections on Diplomacy, Grand Strategy, and Leadership, features an oral history from the former Secretary of State and chronicles his recollection of key foreign policy events. Here, Ambassador Lord offers his perspective on public diplomacy, U.S.-China relations and more.

How did the idea of an oral history by Henry Kissinger come to you, given that a lot has been written by and about him?

We wanted his highly personal reflections on events that took place a half century ago and his ongoing insights on such topics as strategy, leadership, negotiating and other aspects of diplomacy. We had filmed a series of panels on Nixon foreign policy with key actors of the 1970s, and we intended to top them off with one interview. That session was so rich and promising that Kissinger agreed to do five more and thus deliver his only oral history.

Much of the diplomatic endeavors covered in this book involved secret negotiations with adversarial powers during the Nixon administration. How do those experiences inform where U.S. foreign policy is now and where it is headed?

Secret negotiations with our key adversaries were the most effective means of making progress without the public glare and domestic politics of involved countries. The age of the internet and social media makes this more complex today, but the value of candid and exploratory exchanges out of the public limelight persists. The fact of talks going on need not be secret, but their content often needs to be so as to allow for flexibility and assure the success, rather than risk the collapse, of high-level meetings.

And what is the role of public diplomacy in foreign policy, especially in light of the rapidly changing communication landscape here and abroad?

There is still a central role for public diplomacy—for example, briefing the media and Congress on goals and progress, as well as building support for outcomes. Today’s world of instant communication, viral amplification and polarized platforms makes public diplomacy both more complex and more important than ever.

Based on your close experience working with Kissinger, what surprised you in researching the book?

Frankly, I was most surprised by the phenomenal recall of 50-year-old events by someone in his nineties. Kissinger spontaneously, without notes, recounted not only strategic outlines but also tactical milestones and revealing anecdotes. I was not surprised by his views on the events, personalities and core elements of diplomacy, since I was at his side for eight years, including during the events in this volume.

Having served as ambassador to China during the mid- to late-1980s and with the opening to China featured prominently in the book, what have been the biggest changes in U.S.-China relations, and what do you think the future holds?

There have, of course, been huge changes since the opening in the early seventies. Chief among these has been the unprecedented growth in Chinese power and reach. With this has been the massive increase in exchanges, cooperation and competition between our two countries on all fronts, governmental and private. We have gone from essentially a conceptual bond of balancing the Soviet Union to the world’s most complex and consequential bilateral relationship. The near future holds the prospect of increasing strategic rivalry, but not outright conflict. Chinese overreach must be met with smart, self-confident competition, not overreaction. It is impossible to forecast our long-term relations, but we have major assets and China has major challenges, and I remain optimistic.

What advice do you have for students of public diplomacy on diplomacy and leadership?

I believe that Kissinger’s perspectives, set forth in this book, remain valid for current and future diplomats. That is the reason we drew him out on generic subjects as well as past events. More concretely, I recommend a broad, non-specialized university education with keen attention to writing, history and foreign languages. Useful next steps include more specialized post graduate study, working in foreign policy think tanks, and the Peace Corps. One can then decide whether to enter government service or pursue another path in international affairs.

Recently, the world’s two biggest economies, the United States and China, have an unsettled feeding frenzy over their economic relations, resulting in a spiral of retaliations. What started as imposing new taxes on certain...