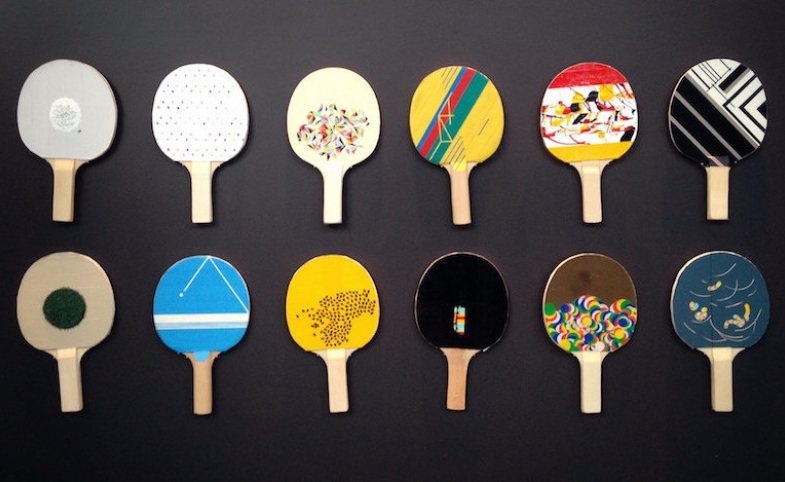 Recently, the world’s two biggest economies, the United States and China, have an unsettled feeding frenzy over their economic relations, resulting in a spiral of retaliations. What started as imposing new taxes on certain Chinese goods by America, has escalated to a trade war triggered by a chain of tariffs from both sides. While it may not be clear as to why such hostility has started—nor if the continuation of this trade war will lead to a change of policy—though, one thing remains true is how a simple game of table tennis was able to forge the modern-day relationship between the U.S. and China.

When Ping-Pong Came to the Table

In the spring of 1971, during the 31st World Table Tennis Championships held in Nagoya, Japan—amidst the Vietnam War and the tension-packed Cold War between the U.S. and the USSR—a random encounter, or an orchestrated one as argued by some historians, occurred between two unlikely competitors. Serendipitously, American player Glenn Cowan boarded the Chinese table tennis team’s bus, and he was greeted by China’s star player Zhuang Zedong, who gifted Cowan a scenic picture of the Chinese Huangshan Mountains. At that point, official diplomatic relationships between the U.S. and the then-newly formed Republic of China was on halt since China’s 1949 Communist Revolution. Though, back-channel discussions were taking place, as neither the U.S. nor China had intentions of provoking conflict with the other.

Sports, at the end of the day, are a universal language that do not require the use of hard power.

After the championship games ended, the Chinese government invited the American table tennis team on an official visit to China. The visit lasted 10 days, during which the American team served as the country’s diplomats, revealing China to the rest of the world from the long-standing bamboo curtain. This visit was of historical importance as it marked a new path toward engaging in foreign policy by using citizen-to-citizen diplomacy. Within days of the American table tennis team visit and meeting with Premier Zhou Enlai, the Richard Nixon Administration eased embargo restrictions on China in hopes of diminishing trade and investment barriers between both nations.

This table tennis-led exchange sought to address and reinitiate American-Chinese relationships. Indeed, Richard Nixon became the first U.S. president to visit China in the following winter of 1972. The use of table tennis, dubbed Ping-Pong Diplomacy by the media, was a medium that ultimately restored full diplomatic relationships between the U.S. and China in 1979.

The use of non-traditional tools, such as sports, has proved to serve as good as, if not better than, traditional hard power diplomatic approaches. Sports, often unpoliticized, allowed the U.S. and China to steer away from the carrots-and-sticks approach to facilitate peace and interaction. Shortly after the visit, secret trips to China by then-Secretary of State Henry Kissinger took place that served as a catalyst, establishing dialogue between the two nations. Kissinger’s visits to China paved a path toward normalizing relations with China, and as a friendly gesture, the Chinese team was invited to tour the U.S. and play a table tennis game at the White House.

Today, the use of sports is helping nations brand their countries and promote their cultures across the international arena. America’s excellence in basketball has become an integral part of our nation’s identity with internationally recognized images such as Michael Jordan. American basketball has been actively endorsing—and encouraging—American culture for foreign audiences where such influence has been adapted through channels like the Chinese Basketball Association and the Spanish Basketball League. Sports have also helped facilitate a dialogue promoting common grounds and understanding between countries in conflict. Most notably, Greece-Turkey’s basketball diplomacy, India-Pakistan’s cricket diplomacy and the Israel-Palestine Australian football team for peace.

The use of sports as a diplomatic tool proves that non-traditional mediums can be as effective as traditional diplomatic tactics. Sports tend toward a universal appeal, and often, through competition friendship is created. Sports have demonstrated that they can be used to promote culture, history and improve economic relations between nations without the need to employ foreign policy or hard power. But it should be noted that sports can also be used as a tool highlighting opposition and establishing a stance against certain policies without the need to explicitly declare so. The U.S. boycotted the Summer Olympics in Moscow in 1980 as a response to the USSR’s involvement in Afghanistan. South Africa was expelled for almost two decades from participating in the Olympics during Apartheid. And recently, skateboarding has been used as an avenue to foster and empower young Palestinians in the city of Qalqilya, meanwhile upholding a stance of solidarity against the illegal Israeli occupation of the West Bank.

The ping-pong diplomacy case not only helped re-establish formal relationships between the U.S. and China, but it also promoted cultural values and harnessed economic developments. Other non-traditional diplomatic tools such as music, food and exchanges have also proved worthy when the use of coercion and economic sanctions steer unproductive. Nations in conflict like Israel and Palestine, Turkey and Armenia, and North and South Korea, can lessen tension and pave roads toward diplomatic relationships following the sports diplomacy model approached by China and the U.S.

Sports, at the end of the day, are a universal language that do not require the use of hard power. Today, a round of golf in the Sunshine State amongst the American and Chinese leadership in could possibly serve as a viable solution to the current trade disagreements.

Winston Lord is a longtime American diplomat who served as special assistant to national security adviser Henry Kissinger, as Ambassador to China (1985–89) and as director of the U.S. State Department's Policy Planning Staff...