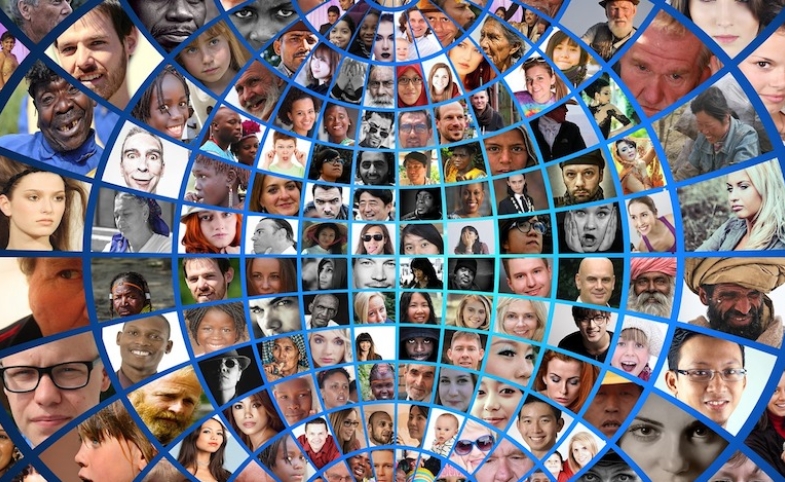 Often, public diplomacy efforts aim to address and engage foreign audiences through various channels such as exchanges, culture and advocacy. More so, public diplomacy is less often directed to a specific group or community. Rather, it seeks to target explicit problems through implicit solutions and strategies. Whereas violent extremists are abnormal, public diplomacy can tackle this multi-faceted and interchangeable crisis by implementing multi-tracked PVE campaigns at home. With a focus on local communities, the U.S. government may replicate public diplomacy tools through an omni-channel approach that encourages partnerships and capacity building both on and off the grid.

Diaspora as Partners, Not a Threat

Communities do not necessarily enable the radicalization process. Rather, the self-isolation of vulnerable individuals drives extreme beliefs, attitudes and actions that deviate from the ordinary. A main driver of the process of radicalization is the identity crisis that diaspora communities experience due to cultural differences in a host country.

What makes public diplomacy differ from other practices is a listening mechanism, that, when employed correctly, may foster resilient communities that keep a safe distance from the epidemic of violent extremism.

The U.S. could prevent this lack of assimilation by engaging diaspora with soft power tools like culture, food and language. While diaspora diplomacy may be examined through various lenses, in PVE, it should be understood as the efforts in which a host country engages with diaspora communities to foster relationships and prevent isolation of such communities in their new environments. By serving as citizen diplomats, law enforcement agencies can foster partnerships and cooperation by applying soft power strategies instead of hard power tactics, that would single out one specific ethnic or religious group when locating partnerships.

While it may be true that law enforcement are the least-trusted members of a community, local ethnic and faith-based leaders account for the most credible voices of leadership. To cope with this and to build greater trust, local leaders should lead community-based initiatives that provide a seat at the discussion table for law enforcement members. In doing so, law agencies would no longer function solely as drivers of discrimination nor would they single out one specific ethnic or religious group when locating partnerships.

One such example where partnership can happen is with Ka Joog, a community-based organization enriching the lives of Somali American Youth in the Saint Paul and Minneapolis areas. One of Ka Joog’s programs is Take Off, an after-school program that provides cultural support to Somali American youth in the Twin Cities. By proactively engaging in community-based work, law enforcement agencies can learn more about the diaspora community vis-à-vis the exchange of cultures, traditions and ideas. Promoting diasporas as partners, and not as a security liability, will enhance mutual understanding between law enforcement and local communities. This method of exchange will build a conflict-sensitive approach when aiming to prevent violent extremism. However, examining resilience beyond vulnerability must address community needs as a whole.

Fostering social cohesion is critical to preventing violent extremism. Diaspora communities often feel disadvantaged and under-represented in civic and social developments. In response, the People’s Empowerment Model was introduced by the Prime Minister of Bangladesh in 2011 with the goal of addressing “social concerns like poverty, inequality and human development” with the hope of reducing the number of individuals who are susceptible of such prevailing socio-economic situation to be recruited by extremist groups.

Recognizing the needs of a community can illuminate its strengths and weaknesses without those traits being targeted and patronized. Law enforcement agencies can implement public diplomacy communication campaigns to meet communities’ needs by fostering a space of dialogue. Rather than treating CVE efforts as part of their agenda, governments can encourage local-owned civil society networks by building their organizational capacity. By delivering relevant training and resources to local partners, governments can ensure that local needs and priorities are addressed to deter the risk of violent radicalization to materialize.

In synchronizing local efforts with government efforts, a culture of learning may be established realizing the need to build capacity for monitoring and evaluation. Acknowledging that programmatic and contextual risks may occur in PVE, capacity building will ensure strong resilient communities that are supported, and not challenged, by law enforcement agencies.

Violent extremists do not only exist at the individual, domestic and national levels; they have proved that their ideologies and influence have reached the global stage. In the 21st century, PVE strategies must address violent extremism through a holistic approach including their presence in third spaces like the internet.

The internet and social media facilitate a space to broadcast propaganda and allow violent extremists and radicals to spread their hate and narratives among online communities. By the same token, both violent extremists and the internet are unpredictable and easily conform to changes. Preventive measures, then, must stem from ad hoc (guerilla) diplomacy approaches that seek to solve pressing issues through innovative and smart strategies in the age of globalization.

An example of this approach is the State Department’s Global Engagement Center (GEC), which aims to counter online propaganda from international terrorist organizations. By establishing responsive and coordinated efforts eliminating disinformation in online networks, the GEC was able to utilize public diplomacy tools to foster international partnerships during the global fight against ISIS. Borrowing from the GEC’s core efforts, PVE measures in third space need to incorporate a virtual engagement strategy to actively engage online communities . Through a coordinated partnership between law enforcement and local communities, online multimedia content can be created to highlight local resources, to share educational and information videos, and lastly, to counter radical and extremist narratives from transpiring  online.

For decades, the public health of society has generally improved due to proactive measures that focus on prevention of diseases rather than the treatment of diseases. Where different diseases require distinct preventive activities, violent extremists, too, need not to be treated en masse.

Given its innate nature of unpredictability, preventing violent extremism may be examined through diverse practices, with each approach being categorized differently. Approaching PVE through public diplomacy is merely one approach on a vast spectrum of prevention. However, what makes public diplomacy differ from other practices is a listening mechanism, that, when employed correctly, may foster resilient communities that keep a safe distance from the epidemic of violent extremism.

Combating terrorism since 9/11 has been a multi-trillion dollar and nearly 20-year effort by the U.S. government. Is it possible to mitigate terrorism by increasing investment in policies that mitigate the spread of...

ISIS has made headlines with its dramatic and effective exploitation of social media, which it has used to disseminate propaganda, promote its quasi-religious ideology and recruit new members.  Other forms of violent...