Home|International Reputation & COVID-19: China, the U.S. and Beyond 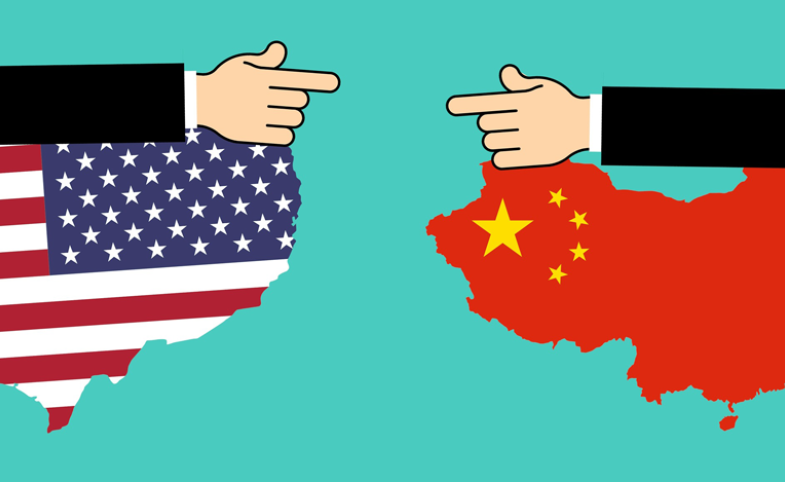 Note from the CPD Blog Manager: This is an interview conducted by Mark Magnier, U.S. correspondent for the South China Morning Post, with CPD Faculty Fellow Nicholas J. Cull who provides the introduction below. For the full published article by Magnier, see here.

The concept of reputation sits at the heart of the field of public diplomacy. International actors look to public diplomacy as one of the mechanisms of securing or even developing their reputations. Reputations can go a long way to help or hurt a nation on the world stage, which is why I’ve posited the existence of a category of security that I call Reputational Security.

Usually this is a long-term concern; one of the chief findings of the systematic study of reputation is that reputations are slow to change. It takes a real seismic shift to trigger movement in the mind of the global public. Yet the present viral outbreak may prove to be one of those moments. Certainly, the issue of reputation is looming large for the status-sensitive Chinese leadership.

Some weeks ago I explored this issue in an interview with Mark Magnier of the South China Morning Post. We soon move beyond China to consider reputational issues closer to home.

Q (Magnier): What are the biggest soft-power negatives that China has weathered during the coronavirus?

The problem for China is it faces problems as simply the first place affected by the virus and as a polity that made some initial missteps in responding to the virus, such as the local police accusing the doctor who raised the alarm of disloyalty. One is unfair criticism, one is just.

Q: What do you see as the positive moves it’s made?

Q: How effective is Beijing in overcoming early accusations that, in incubating the virus and hiding it, it fanned the global spread?

My impression is that this narrative is not a big deal right now. The big issues here are the defects of America's own response. Trump is mentioning China to dilute or distract from the story. Issues include non-compliance with distancing on our own streets and triage in our own hospitals. I expect that attention to China will return as we move out of the crisis phase and begin to take stock.

Q: Turning this around, what are the biggest soft-power negatives that the U.S. has weathered during the coronavirus?

Just as the virus showed the reality of life in China and the limits of its political system, so it has shown the limits of the U.S. system and leadership within the system. Issues include the erratic voice of the president.

His remarks on February 28 using the word “hoax” to describe the Democrat criticism of his response caused confusion, as both allies and enemies assumed he meant the virus itself was a hoax. His use of the term “China virus” was deliberately provocative. He didn't use that term despite criticism of it but BECAUSE of criticism of it. It is a “dog whistle” to his most extreme supporters.

Finally, the backpedaling on social isolation and discourse around the cure being worse than the disease show up the worst aspects of American political culture—placing corporate and personal interest above ordinary people like the crass and exaggerated villain in some kind of comic book. I am especially concerned about racism toward people of Chinese origin as a result of the virus. I have friends and students of Chinese origin who have suffered abuse because of this and feel endangered. For Europeans, the most shocking misjudgment of the president was his apparent attempt to obtain a vaccine from Germany ONLY for Americans. No foreign propaganda can do as much damage as the president himself when he says things like that. Similarly, his cut of funding to the WHO will play very negatively overseas.

Q: And what do you see as the positive moves the U.S. has made?

I think that the virus will throw up new American political heroes who respond quickly and effectively. This is typical of a crisis. Right now, it has given a national profile to governors Andrew Cuomo of New York and Gavin Newsom of California. There is room for others. The governor of Kentucky, Andy Beshear, is getting a good press too. He has just been in office for four months and has a big online following. As a historian, I can tell you that crisis response is one of the swift ladders of emergence—I think of Franklin Roosevelt who did well as governor of New York in the crisis of the Great Depression or Harry Truman who came from obscurity as a senator investigating wartime corruption in the midst of World War II and was suddenly tapped for the U.S. vice presidency.

Q: How would the U.S. be able to turn its pretty dismal early performance around?

The U.S. certainly has to show that it is more than its early performance. But the problems are real, and admiration has to be earned. The U.S. was unprepared; it had downsized its emergency capacity; it has great inequality, and the crisis will show up as one of the worst aspects of U.S. life—its health system. Right now, it seems suspicious that so many prominent people are testing positive—the COVID-19 map of Los Angeles skews to the wealthy neighborhoods. Is this because the wealthy meet more people, or because they have quick access to tests? There is a lot of anecdotal evidence of ordinary people being unable to get testing. If there were open access to testing, you would see a more even spread of neighborhoods if only because the wealthy are driven, and they have their food prepared by and houses cleaned by the less well-off residents. When triage protocols begin, there will be tremendous scrutiny of the process after the fact.

It is often the case that things that make a person or a society wonderful can also be an avenue to problems, and to be honest, America's sense of individualism, its love of liberty and willingness to break the rules seems like a liability in days like these. Driving to the shops for my weekly groceries, I look out of my car window at people congregating at the beach and wish my city were populated by Swiss people.

Q: Any thoughts on what all this says about the relative strengths and weaknesses of the two systems in a crisis?

I think that ALL systems are under scrutiny, and the U.S. and China will find that it is not just a two-country race. I see that places like Hong Kong, Taiwan and Singapore are contrasting their response with that of the PRC to develop distinctiveness and show value in their way of life. South Korea has plainly done well, and its success will bolster the existing narratives of South Korean strength in so many spheres of culture and industry.

We can already see European social democracies—Finland, Iceland—contrasting with the U.S. Greece is being praised for its resolute early response. There will be the countries that emerge with enhanced reputation because of this, and it could be somewhere we haven't thought of yet. Within Europe, I fear that the response of the UK will further detract from the country's traditionally positive reputation. Boris Johnson's ideas about developing a “herd immunity” through exposure to the virus will come back to haunt him. My money would be on New Zealand for an enhanced reputation.

I feel that any leader who repeats conspiracy theories will damage their reputation in the long run. I was most impressed by Ambassador Cui Tiankai's words in his Axios interview on this exact subject. I also feel that we need to take the lead from scientists and from our common institutions like the WHO. Politicians should let them speak and suspend personal political interest. Those who do not will pay a price in the future.

To me the bottom line is that all nations are under global scrutiny at this moment. Some will do well in their response to the virus and will emerge with an enhanced reputation, especially if positive behavior can be tied to pre-existing positive traits (German efficiency, Israeli innovation and so forth). Some could do very badly. I am personally very concerned by reports from India, where the virus response comes in the context of sectarian tension.

For the United States as the expected leader, it will be under particularly close examination. If a strongly negative outcome is associated with missteps by the U.S. president and he is voted out in November, it is possible that damage to the wider reputation of the United States could be contained and even reversed by an internationally popular replacement (this happened with the transition from Bush to Obama).

In such a case, the internal mechanisms of the country would have resolved the problem. On the other hand, if Trump maintains his current 60 percent approval and is re-elected, then I foresee a situation of more sustained reputational damage. International perception would extend its current doubts about the U.S. political system to doubts about the collective wisdom and priorities of the U.S. people themselves. I believe that soft power is not just an optional extra. I believe that we live in a word where reputation is a dimension of security in the same way as economics, and that this reputational security is on the line for all countries including the United States as this crisis unfolds.