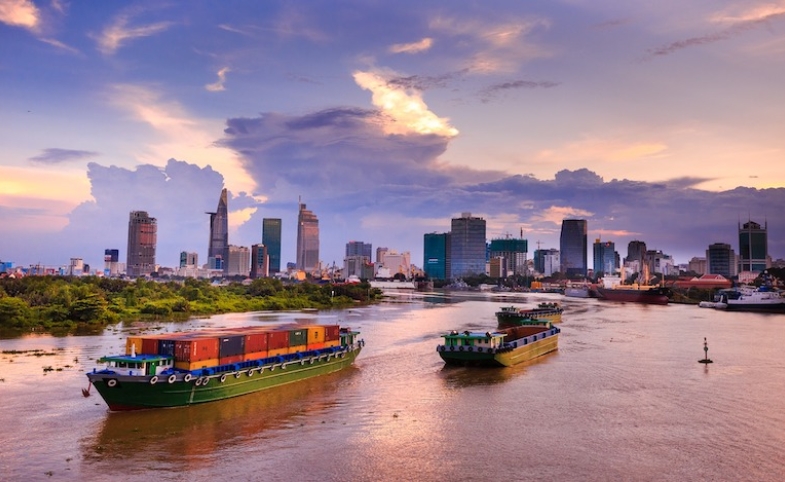 The coronavirus pandemic has posed numerous problems in the global economy and health care systems. This atypical outbreak offers opportunities for governments to engage in strategic communication and symbolic actions with potential for lasting impacts on international relations.

Vietnam, an “underdog” public diplomacy actor, is emerging as an unsuspecting leader in managing key relationships among corporations, foreign governments and health officials worldwide. Reports in 2016 from The Economist and Forbes positioned Vietnam as Asia’s next tiger with the former citing increased medical device production amid an economic boom and increased foreign direct investment. Once beleaguered to overcome a country image synonymous with war, Vietnam has now earned public thanks from President Trump and garnered media attention from international news organizations like Reuters and The New York Times for sending masks and hazmat suits to countries in North America, Europe, and Asia.

A 2020 Harvard Business Review article posits, “underdog expectations” predict performance. The desire to prove others wrong motivates underdogs to perform better and to prove critics, particularly those deemed less credible, wrong. While such research is contextualized in leading teams and motivating employees in a corporate setting, the psychological phenomenon may also help to explain public diplomacy actors’ motivations.

People-to-people exchanges in Vietnam reflect an underdog mindset. According to a 2017 study, Vietnamese citizens’ dialogues with foreigners reveal perceptions of their country’s deficiencies in size, development and power. Vietnamese compensate, however, by constructing an identity based on notions of hard work and critical thinking to survive crises.

Government messaging further shows Vietnam’s aspiration to rise from an underdog to a top dog in the global political arena. In January 2020, Vietnam celebrated its assumption of the Association of Southeast Asian Nations chairmanship and the United Nations Security Council non-permanent membership. President Nguyen Phu Trong said, these positions allow Vietnam to earn “a higher international profile” and to enjoy “a new standing and new power” after decades of reform.

The new public diplomacy approach interconnects domestic and foreign engagement. Vietnam promptly implemented domestic measures to prevent the spread of COVID-19, including beginning to close its border with China on January 28, 2020, in contrast to the World Health Organization’s (WHO) recommendation. Under the guidance of Deputy Prime Minister Vuc Dac Dam, Vietnam has synchronized quarantines, school closings, fee-exempt testing and treatment, and protection for citizens abroad. As of yet, Vietnam reports no fatalities and remarkably low infection rates.

While governments function as primary responders in pandemics, the private sector has coordinated with Vietnam’s ministries to address global solutions to medical equipment scarcity. Vietnam worked with the U.S. Department of Health and Human Services and U.S.-based DuPont to expedite the production of 450,000 hazmat suits at a Hanoi facility. Dozens of firms across Vietnam are making 5.72 million surgical masks and 40,000 N95 masks per day. Others such as Vingroup are retooling to manufacture ventilators with a 55,000-units-per-month goal.

Opportunities To Mediate Image and Generate Soft Power During COVID-19

Other developing countries with limited resources have generated soft power through health aid. Cuba has sent drugs, vaccines and other supplies abroad for more than 60 years. Medical missions with 60,000 Cuban doctors have spanned natural disasters, pandemics and crises across South America, Africa, the Middle East, Asia and currently Europe.

While not the progenitor of global health diplomacy, Vietnam is crafting a narrative of an underdog achieving success amid a pandemic fraught with life-and-death decisions and uncertainty about shifting political and economic power. The ministry of foreign affairs and the Vietnam News Agency have leveraged digital and social media to engage audiences with simple, informative and relevant updates. Twitter posts with the trending #VietNamLeavesNoOneBehind indicate Vietnamese pride and gratitude for government security actions.

International media have long referred to “underdog Vietnam” in athletic contests, economic development and military authority. In 2019, an article in The Atlantic acknowledged Vietnam’s eagerness for recognition “as a serious player in global affairs.”

Now, the story of Vietnam’s execution of domestic and foreign policies during COVID-19 has influenced journalistic reporting with the potential to shape public attitudes. Plus, research in cognitive psychology exhibits that cheering for the underdog is pervasive.

Media have recently criticized leaders in China, the United States, Brazil, Mexico and Indonesia for their responses to the novel coronavirus, but they commended Vietnam for helping when and where it counts, despite its positioning as a country with limited resources in a region of Chinese dominance. The WHO praised Vietnam’s pandemic response, and experts have urged other countries to “do as the Vietnamese do.”

China has ascended to superpower status through economic and militaristic growth but also through image cultivation. The Confucius Institute and the Belt and Road Initiative strategically engage international publics. China’s reach in the last decade includes sending doctors and supplies to Liberia during the Ebola outbreak and to Italy during the COVID-19 pandemic. Moreover, China has long been accumulating power and controlling narratives in Southeast Asian geopolitics.

Vietnam-China relations are based on centuries of visceral dispute and distrust balanced with deference to shared communist ideology. According to a 2018 TIME article, Vietnamese antipathy toward China is “the heart of Vietnamese identity.” This sentiment provokes Vietnam in the East Sea conflict, emboldens political demonstrations and influences consumer purchasing decisions.

The current pandemic has exposed a simmering lack of trust when dealing with China among governments in Southeast Asia and beyond. China has been accused of withholding information, punishing doctors who sounded the alarm, silencing public dissent, broadcasting unsubstantiated conspiracy theories and distributing defective medical equipment.

In the COVID-19 era, Vietnam has the opportunity to re-conceive its identity at the forefront of pandemic response and actively incorporate health care diplomacy into foreign policy. The underdog is now uniquely situated to showcase its economic appeal through reliable exports and its human capital through young, skilled, hardworking and optimistic citizens.

Could the Next Normal Emerge from Asia? Prospects & Implications

The global economy is shifting with alarming speed and in unprecedented ways as a result of the coronavirus pandemic. While the world grapples with these unforeseen challenges, Asian countries and companies are demonstrating...