Home|Namaste and more, India shows the way during COVID-19 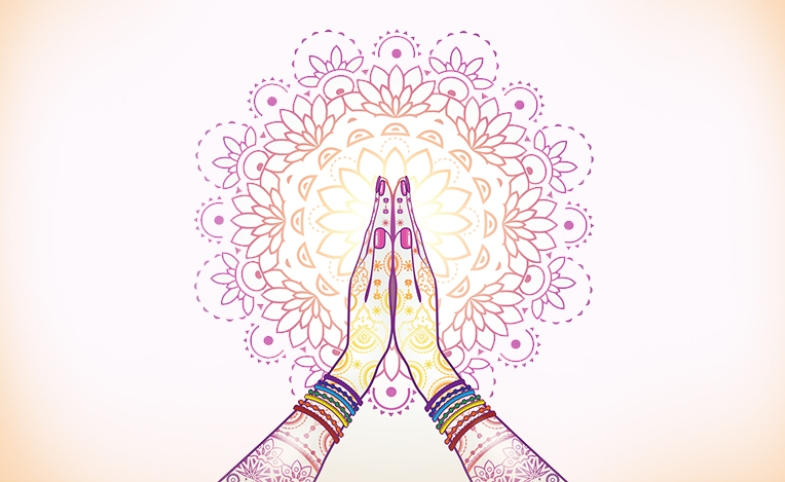 COVID-19 has brought attention around the world to many Indian traditions that promote and sustain good practices for mental, physical and spiritual health. Foremost among them is the Namaste, a greeting that has been universally espoused by leaders worldwide.

State heads are urging citizens to use the Indian greeting Namaste, to prevent contact and yet remain convivial. The Namaste is an archetype of Indian philosophy, which when used for greeting a single person means ‘I bow to you,’ and Namaskar, which when used to address many, is the act of bowing or reverence.

Since early March, many global leaders have talked about their decision to shed the handshake and go for the Namaste. From Prince Charles in Britain, French President Macron, to Israel’s Benjamin Netanyahu to German Chancellor Angela Merkel, American President Donald Trump, everyone is greeting with a Namaste.

“The Indian way of greeting—Namaste—which is getting popular across the world has deeper spiritual and scientific meaning. Spiritually, 'Namaha' removes all egos and one bows down to the God, creator within others,” says international relations expert Dr. Bharti Chhibber. “Scientifically, in 'Namaskar' which is Anjali Mudra, various pressure points in palms and fingers are pressed which act as healing power in various health problems.”

In fact, several countries would have to change their mode of greeting in the wake of Corona. Argentina with its right cheek to right cheek touch; the Mano of the Philippines, where the knuckles are pressed against the forehead of the other person; sticking one’s tongue out as a mark of respect in Tibet; the triple-cheek kiss of Ukraine —left, right, left; the elaborate handshake of Botswana; the Hongi practice of touching noses of New Zealand. Anything that requires contact between individuals will be avoided now on.

India has many forms of greetings, foremost among which is the salutation with joined palms (the Namaste or Namaskara). Vedic scholar S K Ramachandra Rao talks about others including the holding and shaking of hands (hasta-laghava), the embrace (parishvanga, alinga), more elaborate prostrations (pranama) and the touching of feet (pada-sparsa).

However, it is Namaste that has always been symbolic of India. The word nama occurs in the Rigveda as well as in later Vedic texts. Today, travelers to India are always greeted on flights with a Namaste, the first point of welcome to the land.

Rao says the expression ‘nama’ in namaskara is derived from the root ‘nam’ which means to bend, to bow, to sink, to incline, in terms of submitting oneself humbly. “It is cognate with the Greek ‘nemo,’ ‘nemos’ and ‘nomos,’ the Latin ‘nemus, the old Saxon ‘niman,’ the German ‘neman’ and ‘nehmen.’”

In his book Bharatiya Pranama Paddhati (Respectful Salutations in India), Rao says Namaskara is supposed to be threefold: “physical or bodily (kayika), verbal (vachika or vagbhava) and of the mind (manasika).

COVID-19 has brought the focus right back to the breath, where modern science believes all things begin and end. Medical practitioners all over the world are finding ways to tackle the virus, which enters, stays and multiplies first in the upper respiratory system, and when fortified, attacks the lower respiratory system.

The anxiety and stress is mounting. Dr. John Sharp is a board-certified psychiatrist on the faculty at Harvard Medical School and the David Geffen School of Medicine at UCLA. He has been voted by his peers for inclusion in Best Doctors in America for the past 10 years. On March 12, he posted suggestions on how to beat stress during COVID-19 on the Harvard Medical School website.

He says, “Here are some tried and true ways to relax: Yoga. Not a yoga person? No need to start now unless you’d like to try it. Sometimes trying new things and discovering new activities you can benefit from and enjoy can be a welcome, healthy distraction. Meditation. Regular meditation is very calming.”

He is perhaps referring to the nasal expiration and control of breath, with which every single student of yoga is familiar with. He is essentially talking about:

It (stability) can also be attained through the practice of gradual nasal expiration and control of breath (translation by James Haughton Woods in his book The Yoga-System of Patanjali).

James Boag, a British yoga teacher and a student of Kashmir Shaivism, says the hymn Aditya Hridayam that addresses Aditya, the Sun as the son of Aditi, is the greatest mantra for health. In his classes in the UK, he talks about many archetypes including Indian deities Ganesh and Hanuman, but he says that the sun is the one common to most cultures, and the Adiya Hridyam is one of the greatest songs ever created, one which gave superlative powers to Sri Rama when he wanted to vanquish Ravana in the battlefield.

Prostrations to Surya or the Sun Devata is a supplication for health and well-being. And yoga practitioners all over the world pay obeisance with the Surya Namaskar. Surya is regarded a visible God and is believed to be pleased with prostrations (Namaskara-priyo bhanuh). And it is He, the benevolent Sun, who is probably leading the fight against the virus.

Ayurveda experts are speaking about the power of Indian herbs and spices in increasing immunity. See this video of Dr. Ramakrishna, Vice-chancellor, S-VYASA University, Bangalore.

India did not use the word "lockdown." Instead, Prime Minister Narendra Modi urged the entire country to follow a "Janata Curfew" or a People’s Curfew on March 22, when the entire nation went on a voluntary confinement between 7:00am to 9:00pm. At 5:00pm, Modi urged all Indians to come to their balconies or porches and clap for a few minutes in thanksgiving to all those who have put their lives at risk in service of others and to pray for those who continue to wage the war against the deadly virus.

A great message to the world.