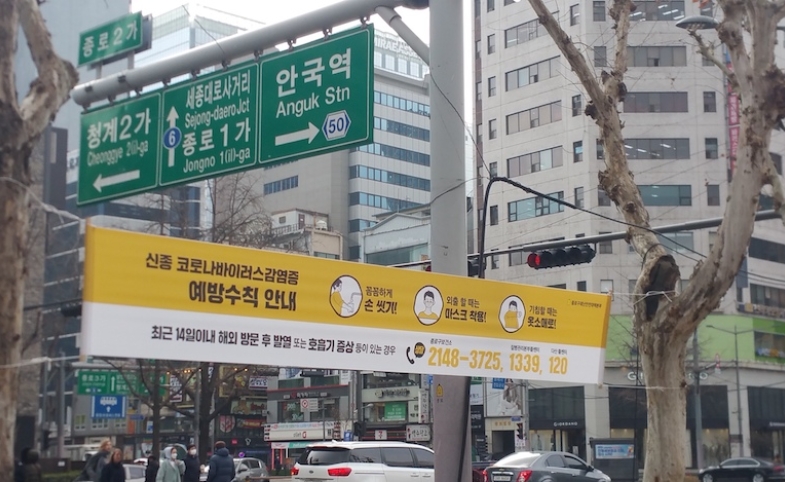 Note from the CPD Blog Manager: This article was originally published here by the Begin-Sadat Center for Strategic Studies at Bar-Ilan University.

The global health crisis precipitated by the coronavirus (COVID-19) requires a swift and dramatic increase in global transparency, collaboration, diplomacy and communication. The pandemic is forcing a reconstruction of global priorities, agendas and even the known order.

Within that context, South Korean president Moon Jae-in is pushing a public diplomacy campaign to elevate his nation’s brand by leveraging the information the country has accumulated since January 2020 on how best to respond to the crisis. South Korean data has proven essential to the crisis management programs many other states are now scrambling to assemble.

Coronavirus is not the first viral outbreak to severely affect Asian countries. The 2003 SARS epidemic, which hit China, Hong Kong and Singapore, pushed those economies to prepare for the next crisis. Because of that preparation, Asia may well ride out the coronavirus crisis better than the West.

During a pandemic, diplomacy and international cooperation are critical tools. To find solutions fast, countries must learn from one another’s experiences, and cooperation is essential to ensure crucial supplies of protective equipment. States’ success or failure at managing the crisis is measured by other countries, foreign investors and global citizens.

Asia’s response to the coronavirus outbreak—contain, then stimulate—has now been implemented by most of the western world. Western healthcare centers are turning to Asian governments as examples of forceful measures of containment.

A prominent example is South Korea. It is the fourth-largest economy in Asia and the 11th-largest in the world. Over the past decade, South Korea has built powerful industries in high tech, mobile, automotive and technology.

States’ success or failure at managing the crisis is measured by other countries, foreign investors and global citizens.

The coronavirus outbreak has led to an improvement in South Korea’s global image. The country, which reduced its number of confirmed coronavirus cases in early February 2020 just as case figures were dramatically escalating around the world, is perceived as a model of how to cope with the crisis. Impressively, the country has tested more than a quarter-million people at 600 testing sites nationwide—a capacity of 20,000 people a day. Not only are the tests much more numerous in South Korea than elsewhere, but results are sent to citizens by text within six hours. One month after South Korea’s first case was reported, it had more recoveries than new infections.

Korean citizens played an essential role in the rise of their national brand by being the first to model “voluntary passive social isolation,” an element that was vital to the success of the government’s measures. The immediate and widespread cooperation of the public contributed to South Korea’s ability to avoid a total lockdown. Even before the government coordinated its message on social distancing, the people of South Korea embraced the need to close businesses even if that measure would incur personal financial hardship. Korean churches suspended services and moved online. According to one resident, “It’s less about protecting ourselves and more [that] we don’t want to spread this throughout the community.” This attitude is the opposite of what was seen in Miami, for example, where crowds of people flocked to the beach in total disregard of the danger of either being infected by coronavirus or passing it on to others.

The Asian private sector also stepped up, creating net cash positions that the western economies are having severe difficulty emulating. Asian central banks prepared financial “ammunition” to support their economies and position them to weather disasters. South Korea’s aggressive, efficient and fast testing has impressed countries around the world, around 117 of which are now importing Korean testing kits and medical equipment as their numbers of confirmed cases grow. Health ministries around the world are applying the Korean strategy to their own fights against coronavirus.

Europe and the U.S. are scrambling to fight the pandemic, with entire cities and states locked down. The worst-hit countries in Europe, such as Italy and Spain, have seen cases surge to the tens of thousands, while infections in the U.S. spiked tenfold in a week to cross 70,000.

The West would likely be looking eastward for solutions to this crisis regardless, as the virus originated in Asia. As the brunt of the pandemic makes its way west, the Asian nations are beginning to emerge from the worst and can offer examples of effective responses. The West is also still China’s biggest customer, with the U.S. and Europe serving as major markets for online shopping malls like Alibaba and AliExpress. The Asian countries, led by China, have a significant financial interest in restoring those markets.

The countries that were able to respond quickly and whose citizens obeyed national health guidelines will have an advantage in the post-coronavirus era. The economic impact of the pandemic is hitting almost every business in Europe and the U.S. The proven strength of Asian companies, people and governments bolsters their global reputation and will probably translate into more foreign investment. South Korea had a low score on the 2019 Soft Power Index (19th), but it will likely rise much higher after the coronavirus crisis passes.