Home|Ayurveda and Yoga are India’s Greatest Gifts to Mankind 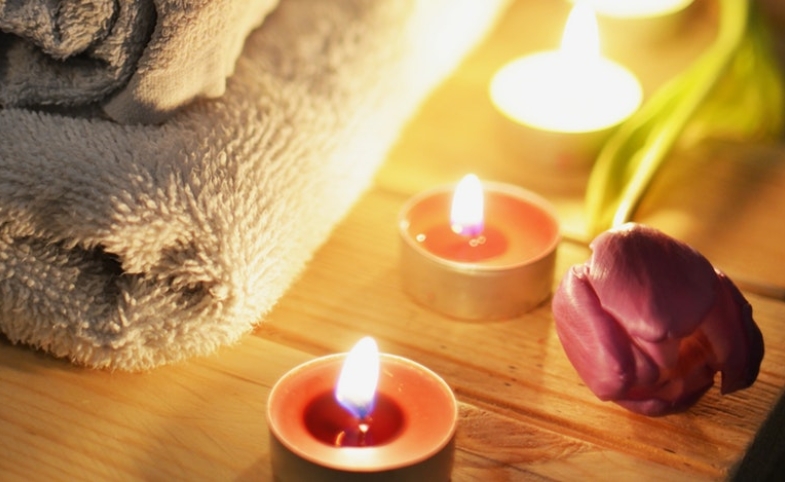 An international report on Ayurveda trends conducted by Market Research Future (MRFR) this year predicts that the global Ayurveda market is poised to increase by 2023. The over 3,000-year-old Indian Ayurveda system offers a unique approach to healthcare through collaboration of body, mind and spirit.

The main driver for this growth, says the report, is an “increasing reliance on organic and herbal treatment procedures with the belief of having no or less side effects.” Ayurveda practitioners use natural herbs for preparation of concoctions that possess healing properties. Increased research in the field of Ayurveda, along with collaboration with technologically advanced techniques, are some of the other factors that are fueling the growth of the global Ayurveda market.

Comparing Indian sciences to Western practices, Professor Hankey says that Indian traditional sciences depend on the well-defined process of cognition from the Yogic state of Ritam Bhara Pragya described at the end of Patanjali Yoga Sutras Pada I. “When the applied Vedic sciences such as Ayurveda, Dhanurveda, Gandharva Veda, Sthapatya Veda, Shiksha, Vyakarana, Jyotisha, Nyaya, Samkhya and Yoga are considered, the feedback of empirical success into the structure of knowledge and teaching are very much in evidence, also in the Arts such as Natya Shastra, Painting or Sculpture, to name but a few.”

Yoga and Ayurveda are two of the greatest sources of soft power of India...The Center for Soft Power is bringing together over 26 countries to celebrate Ayurveda Day on October 25.

Professor Hankey says Indian sciences can solve modern problems because “they recognize the difference between the gross physical level, Sthula, and the more subtle, Sukshma, level(s). The western sciences have almost no idea of the existence of the latter, and tend to deny evidence for it when data indicating their existence is brought up. The power of the Sukshma levels can explain all the great results reported in ancient Indian sciences.” Professor Hankey says he has developed an authentic and powerful theory of how the Sukshma fits into the physical world.

“Yoga has been thoroughly validated, and the numbers of Randomized Controlled Trials conducted at such prestigious institutions as Harvard University, M.D. Anderson in Houston, Texas, and NIMHANS in Bengaluru (not to speak of S-VYASA) is steadily increasing. Similarly, the number of case studies and randomized controlled trials of Ayurveda is steadily increasing. There is now a national move in India to promote AYUSH integrative medicine. More work on the foundations of Yoga is needed; particularly on its ability to produce higher states of consciousness like those intimated in the second half of Mandukhyopanishad (vs. 6 to end) verifying the principles enunciated in Ishopanishad, Yoga Sutras, etc. Decisive work has been carried out on the Sukshma Sharira, verifying such statements as Padmasana being the most effective means to energize the subtle body (its verification led to one of my Ph.D. students being named Valedictorian of his graduating class).”

In the field of Ayurveda, Professor Hankey says South Indian cuisine, with its Sambhar and Rasam, emphasizes replacement of mineral losses due to Swedana. “Both systems use the fundamental masalas including Haridra, Ginger, Dhanya and Black Pepper, that reduce cancer, especially in the GIT (Haridra), enhance digestion (Ginger and Dhanya) and absorption (Black Pepper). The popularization of various Indian curry dishes, and modes of cooking such as Tandoori, around the world does much to enhance awareness around the world of India’s culture, both historic and contemporary.”

The Chancellor and Founder of S-VYASA, Dr. H R Nagendra says the institute has focussed on scientific research, and has made the largest contribution of research on Yoga in the world. “We have been able to unravel the secrets of Yoga from Yoga texts and offer it to society through an evidence based approach,” says Dr. Nagendra, who is believed to be a sage and scientist rolled in one.

S-VYASA aims to bring “the best of the East with that of the West, to bring peace on earth, create an ideal social orders marked by Wealth and Health, Bliss and Peace, Efficiency and Harmony,” says Dr. Nagendra, who is the Yoga guru for the Prime Minister of India, Narendra Modi.

Yoga and Ayurveda are two of the greatest sources of soft power of India. S-VYASA attracts over 200 non-Indians a year to study in their campus and has centers in over 30 countries. The Center for Soft Power is bringing together over 26 countries to celebrate Ayurveda Day on October 25.

It is significant that in Hungary Ayurveda has become an accepted medical system and is an obligatory subject for a postgraduate degree course since 1997. Guru Kiran Vyas who runs Tapovan at Normandy in France was the first person to introduce Yoga at UNESCO. He says:

“Yoga and Ayurveda are the two greatest gifts of India to humanity, to planet earth. I tell them that the health of a human being depends on the health of our planet earth. I also tell them that a human being’s health is not just for the body ⁠—it includes the body, mind and feelings. There is the pranamayakosha,the body of energy, the manamayakosha,the body of the mind, and then of course the psychic and spiritual body. All of our being should be treated, to be in good health. Ayurveda and Yoga have made people become more and more aware of this.”

Modern technological and scientific advancement has made our life easier—be it everyday comfort or connectivity. But this modern life is also bringing a loneliness epidemic. Social isolation as a result of a monopoly of...