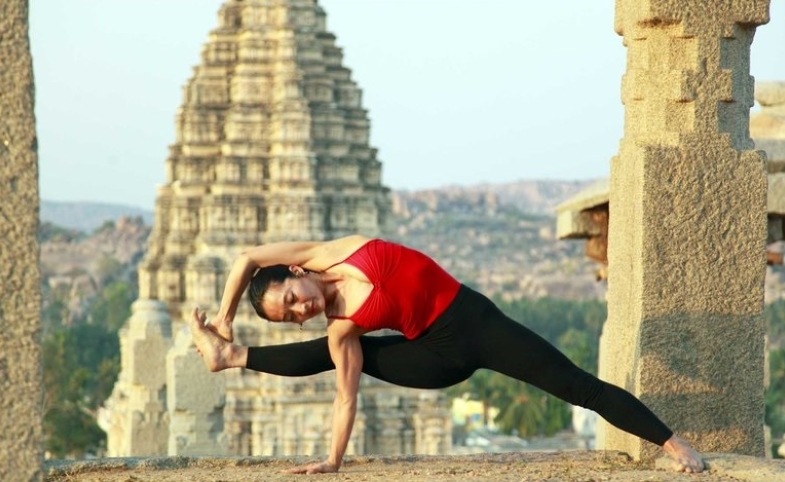 It has been rightly said by the American peace activist Peace Pilgrim that “When you find peace within yourself, you become the kind of person who can live at peace with others.” The UN Declaration of International Yoga Day on June 21, with overwhelming support from over 170 member states, is a welcome step towards a healthy and peaceful world. Giving yoga international support has widened the practice and scope of yoga in a practical sense.

Yoga is sometimes considered a religious act, or something confined to Hinduism only. But the UN General Assembly resolution disproved these ideas and affirmed the significance of yoga for the physical, mental, and spiritual well-being of all individuals.

Yoga originated in India centuries ago and gradually disseminated across the globe. Etymologically, the word “yoga” has a Sanskrit origin meaning “union”- the union of body with consciousness and consciousness with the soul. Yoga is open to multiple interpretations. For some, it is a way to be physically fit and healthy; for others a therapy or cure for disease; for others it is a philosophy of life; and still others it is a means of spiritual awakening to attain higher consciousness. The bottom line of all these beliefs is striving for peace and tranquillity.

Yoga for All
Yoga has gained admiration and captured peoples’ imagination across the world, and thus has become a source of India’s soft power. Popularizing yoga in Europe and America is accredited to a few names like Paramhansa Yogananda, B. K. S. Iyengar, K. Pattabhi, and T. K. V. Desikachar. The overwhelming number of yoga schools in America and Europe and many parts of Asia are a testimony to the popularity of India’s rich cultural traditions. Yoga is also a part of the curriculum of some educational institutions in Europe and America.

Yoga could be a big attraction for tourists coming to India. The ‘tourist circuits’ of India should add a ‘yoga/spiritual circuit’ to their list. This would further enhance India’s image as a peace-loving country, apart from generating revenue, increasing foreign exchange, and providing employment to local people.

Yoga has long been popular with celebrities as well. In 1968, the Beatles visited Rishikesh, India to learn about transcendental meditation (a form of yoga) from Maharishi Mahesh Yogi, helping to popularize ideas about Indian spirituality. Recently, President Barack Obama was impressed by the “energy and vigor” of the visiting Indian PM Narendra Modi, despite the fact that he was fasting during his visit. Thus yoga becomes a significant cultural export from India, earning the power of attraction.

The annual International Yoga Festival celebration at the Parmarth Niketan in Rishikesh, India, hosts many tourists from all over the world keen to learn the ancient art of yoga on the shores of the sacred River Ganges. For many of them, Rishikesh is like a yoga paradise. Monica Monatanaro from Palermo, Italy, says that "I absolutely love the structure, the setting and the energy.  I feel safe and comfortable. It is exactly what I wanted for my first solo trip to India." There are many such stories that testify to the inspiration and motivation found by festival attendees.

Yet there is one disappointing aspect in the popularization of yoga. The commodification of yoga and yogic therapies, as well as inaccurate teachings by improperly trained instructors, have jeopardized the attraction and effectiveness of yoga to some extent.

Yoga has become a global phenomenon for commercial purposes. For example, the yoga DVD by fitness guru Jillian Michaels “Yoga Inferno,” and books like Slim Calm Sexy Yoga by American model-turned-yoga instructor Tara Stiles have tremendous circulation across the globe. These resources deviate from the original teachings of yoga, losing the spiritual characteristics as enshrined in sacred Indian treasured texts like the Vedas. There have been counter attempts by certain organizations of Indian-Americans to bring spiritual elements back to yoga.

There have been attempts to patent various yogic exercises, for example, the Indian-American yoga guru Bikram Choudhary tried to obtain copyrights on his sequence of 26 poses, but the validity of such claims regarding intellectual property rights needs to be examined. Is it appropriate to trademark individual names within yoga, considering that yoga is designed to improve health and originates from traditional Indian knowledge?

In 2001, the Indian government established the “Traditional Knowledge Digital Library” to prevent foreign claimants from patenting traditional Indian knowledge in this way.

What should India do?
The Indian government recently announced the creation of a separate Ministry for Yoga, which is a welcome decision. The proposed ministry ought to collaborate with the Ministry of Human Resources and Development to promote institutional collaborations at the international level to further encourage the study and practice of yoga in foreign universities. The practice of yoga should be encouraged in Indian schools to ensure the physical and mental well being of young Indians, which will let Indians lead by example.

The Indian government can open studios abroad to train interested people in yoga, yogic therapies and Ayurveda (an ancient Indian medicinal tradition based natural and comprehensive system of health care) to ensure that yogic practices are practiced as described in the Vedas. Collaboration with the Indian diaspora should be encouraged to disseminate yoga training abroad, in regions where it is not yet popular.

Yoga could be a big attraction for tourists coming to India. The ‘tourist circuits’ of India should add a ‘yoga/spiritual circuit’ to their list. This would further enhance India’s image as a peace-loving country, apart from generating revenue, increasing foreign exchange, and providing employment to local people.

Indian public diplomacy has already been making efforts to showcase yoga. It should disseminate more literature and stories about yoga.

Yoga is an Indian gift to the world–a key to living longer, better, and happier. Let humanity celebrate this.