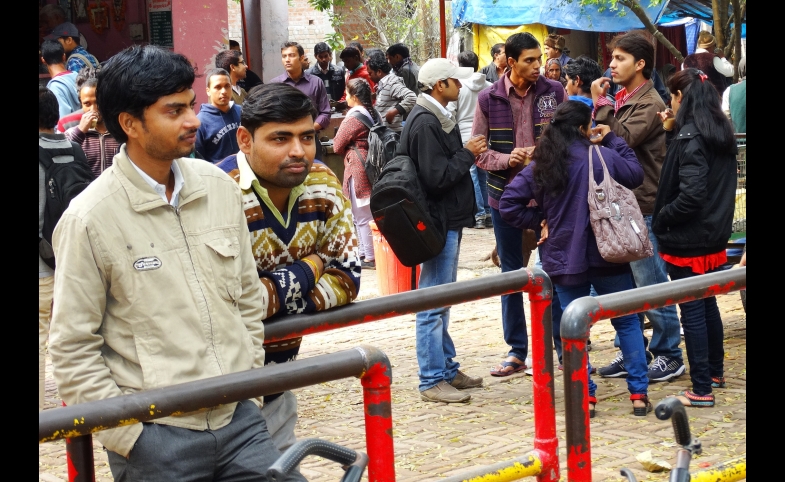 NOTE FROM THE CPD BLOG MANAGER: The co-author of this piece is Doctoral Fellow at Banaras Hindu University Sonali Singh.

India’s growing transregional influence and advancements in communications technology have led to increased foreign policy awareness among the Indian public. To this end, Indian public diplomacy has been focusing on foreign policy with domestic audiences through its “Distinguished Lecture Series on India’s Foreign Policy” (DLS). The DLS lectures are mostly delivered by retired Indian ambassadors at university campuses in India (some lectures have been organized overseas also).

THE DISTINGUISHED LECTURE SERIES
The series began in February, 2010 at Banaras Hindu University (BHU) and has been extensively covered by local news media. To date, more than 95 DLS events have been organized across the country, giving students and faculty members the opportunity to interact with Indian ambassadors. The lectures are based on the dialogical model of public diplomacy: interactive sessions after the lectures may provide relevant feedback to the External Publicity and Public Diplomacy division (XPD) of the Ministry of External Affairs about people’s hopes and anxieties regarding various foreign policy issues.

The DLS lectures have covered diverse themes. Some lectures have demonstrated India’s political optimism in bilateral relations with the major powers and demystify its strategic interest in international relations; others have offered positive narratives about India’s past and strong historical ties with various regions of the globe.

Appraisal of the DLS initiative must consider two questions: First, to what extent do the lectures contribute to the knowledge, understanding, and perception formation of the target audiences on India’s foreign policy issues? And second, to what extent were the ideas expressed in the lectures transmitted to other networks by audience members?

Our research suggests that through face-to-face interactions with Indian diplomats, the DLS has been able to inform and influence “wondering minds” in the audience. Our recent survey study on two DLS lectures organized at BHU indicate that both lectures increased the knowledge and understanding level of the audience. Most survey respondents followed the speaker’s line of discussion and gave more precise responses in a post-lecture test than on a pre-lecture test consisting of the same set of questions. Both students without any background in international relations and foreign students studying at BHU reported that they found the lectures interesting, and that they enhanced their understanding of foreign policy issues. Jean Bosco, a Rwandan student studying at BHU, said, “Even though the lecture was very short, I gained tremendous knowledge about India’s foreign policy. The lecture has given answers to many of my questions like: How India is trying to make the Indo-Pak relations better? How much efforts India is putting in for this? And how India is developing and pursuing its goal to become a major power?” A few students also stated that the lectures have generated curiosity and interest among them on foreign policy issues and have led to informal discussions of these issues.

Appraisal of the DLS initiative must consider two questions: First, to what extent do the lectures contribute to the knowledge, understanding, and perception formation of the target audiences on India’s foreign policy issues? And second, to what extent were the ideas expressed in the lectures transmitted to other networks by audience members?

Efforts to dispel misconceptions about India’s foreign policy has been a major focus of the DLS. Speaking at BHU, Ambassador Achal Malhotra remarked that India does not behave like a big bully in the region. To paraphrase his remarks: “India advocates the policy of constructive engagement, despite serious provocations in the past (the attack on Parliament, Mumbai terrorist attacks, etc). We believe that violent retaliation and confrontation can only complicate matters. This applies in particular to Pakistan, the origin of state-sponsored terrorism targeted at India. This policy must not be misunderstood as weakness, however. India sends strong and loud messages every time our patience is tested.” Our post-lecture survey indicates that most respondents found this argument convincing.

SUGGESTIONS FOR FUTURE ACTION
Through the lecture series, the XPD needs to generate more effective outcomes than those already discussed. Our recommendations:

1) Follow-up actions might establish long-term relations with the audiences and universities by creating virtual communities and facilitating consistent discourse on foreign policy (to their credit, the XPD posts the text of the lectures on their website). Repeated DLS events in the same institution could lead to lasting interest and informed debates.

2) Lecture organizers should prioritize certain issues on which India takes a firm stand, such as climate change, nuclear non-proliferation, agricultural subsidies, and India’s relations with Pakistan and China.

3) Finally, venue location should be taken into account when choosing lecture themes, for example, a lecture on Indo-Bangladesh relations in West Bengal (an Indian province which shares a common border with Bangladesh) might be well-received.