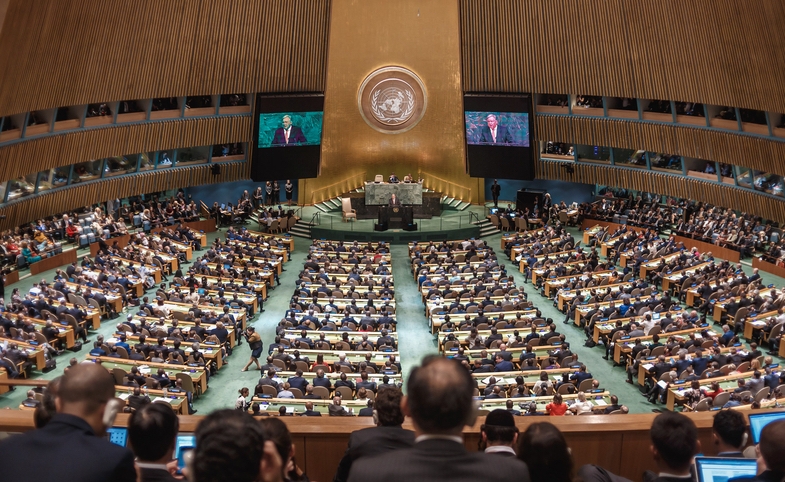 The United Nations’ 72nd General Assembly was held September 12-25, 2017 at its headquarters in New York City. The core theme of the session was, “Focusing on People: Striving for Peace and a Decent Life for All on a Sustainable Planet.”

According to the International Institute of Sustainable Development’s (IISD) SDG Knowledge Hub, there were 196 statements delivered, 421 meetings and 1,528 bilateral meetings held at the event. The opening session remarks by UN General Secretory António Guterres stressed, “trust could be restored if people worked together.”

Speeches delivered by heads of states and government officials focused on the war of words between North Korea and the United States; the chaotic political and economic situation in Venezuela; climate change; forced migration and its economic effects on countries; conflict zones; and the ongoing wave of terrorism in the world.

“We produced scholars, doctors, engineers. What have you [Pakistan] produced? You have produced terrorists,” Indian External Affairs Minister Sushma Swaraj said during her UNGA speech. Pakistan responded by way of Maleeha Lodhi, the permanent representative of Pakistan to the UN, who responded, “India is mother of terrorism in South Asia.”

These statements were in stark contrast to UN Secretary General Guterres’s opening remarks. Worse, the statements from India and Pakistan’s representatives did nothing to highlight the many shared issues and problems the two South East Asian nations face: terrorism, unemployment, water and sanitation problems, poverty and low literacy rates, hate speech, difficulties in the democratic process, civil military relations, foreign policy, and a complex relationship with neighboring countries.

This diplomatic faux pas, committed on the of the world’s most prestigious international forums, raises several questions about the efficacy of Pakistan’s foreign policy.

To make matters worse, the Pakistani delegation used a three-year-old photograph of a Palestinian girl, Rawya Abu, being harassed by soldiers in Gaza as a supposed example of Indian brutalities in the disputed Kashmir region.

The official Twitter account of the Pakistani Mission at the UN retweeted on September 24 a Times of Islamabad tweet featuring Pakistan’s permanent representative to the UN, Ambassador Maleeha Lodhi’s response to India’s foreign minister, in which Amb. Lodhi showed a photo of a pellet-gun injured woman from Kashmir, stating, “this is the true face of India.” 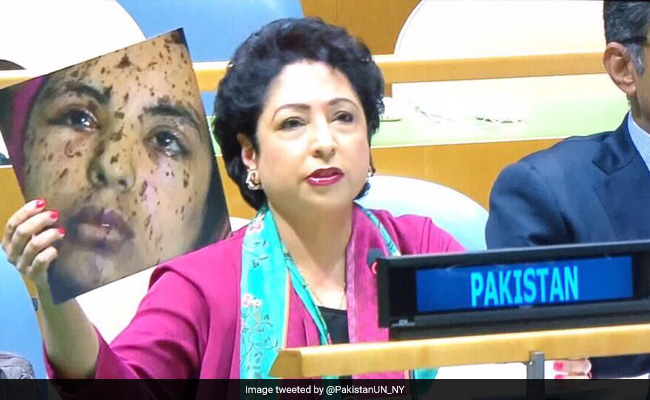 This diplomatic faux pas, committed on the of the world’s most prestigious international forums, raises several questions about the efficacy of Pakistan’s foreign policy.

Is this Pakistan’s diplomacy at the world’s largest forum? Are Pakistani diplomats still living in the Middle Ages and do not want to improve their efficiency in global affairs?

By eschewing fact-checking, Lodhi weakened Pakistan’s position over Kashmir. Nobody might care at all about the Pakistani delegation’s speech, but people do care about a fake photo being showed at UNGA.

Pakistan does not only need to present their Kashmir claim with solid proof, but also needs to do effective diplomacy with all the stakeholders involved in Kashmir and international bodies to solve this regional tension.

Pakistan must work with its allies and neighboring countries through diplomacy on several issues. These types of cheap tactics cannot help but damage the country’s reputation. The nation should train all diplomats on how to deal with crisis situations like this. They also should work on new tools of public diplomacy and should consider all of them according to their potential for successful diplomacy.

Photos (from top to bottom): Photo by John Gillespie I CC BY-SA 2.0, Photo courtesy of @PakistanUN_NY via Twitter