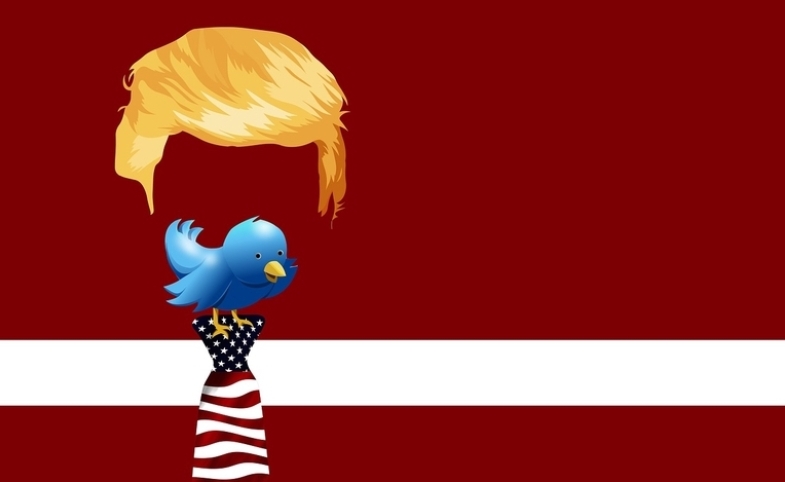 When Donald Trump tweets, he knows exactly what he is doing. He recognized long ago that if he relied on mainstream media to deliver his words to his supporters and the larger public, his message would often be diluted and otherwise tampered with by news organizations he considers hostile.

But through Twitter he found a way to present “Donald Trump, Unfiltered.” Twitter allows him to enjoy the best of all media worlds. He can detour around news media gatekeepers by tweeting directly to his nearly 44 million Twitter followers, and he can count on them to retweet faithfully. Further, he can coopt those same journalistic gatekeepers because he knows they will cover his tweets, presenting them to an even larger audience.

Trump might be battered by some in the news media and by his political critics, but that does not detract from his ability to disseminate his message of the moment. When he decides to amplify bigotry, such as by retweeting right-wing British anti-Muslim videos or targeting mostly African-American professional football players, he is giving the voters who constitute his base exactly what they cherish: White House approval of their prejudices.

Twitter is Trump’s indispensable tool. Never before has an American politician been able to connect so consistently and directly with the public. Other presidents, such as Franklin Roosevelt and Ronald Reagan, used radio and television effectively, but not multiple times every day. Instead of FDR’s fireside chats, we now have Trump’s fireside tweets. Suffice it to say that the intellectual quality is different.

For his own political gain, Trump is ripping apart the fabric of American civil society and undermining America’s global leadership role. In doing so, he is creating a vacuum that another country will fill.

Twitter has 330 million monthly active users worldwide. In addition to his domestic following, Trump reaches international audiences with his tweets. These people don’t vote in U.S. elections, so he doesn’t care about their reactions to his words. But when, for instance, American diplomats try to do their jobs among the world’s 1.6 billion Muslims, they are now seen as representatives of the world’s leading Islamophobic society. The evidence: the American president’s tweets.

One of the reasons that American influence in the world is in such sharp decline is that Trump does not understand how information flows across the world. There is no longer any such thing as “domestic political content”; what he says in America does not stay in America. He is polluting the sea of information in which billions of people wade every day. Trump’s tweets are certainly being read with pleasure (and mirth) in Beijing and Moscow. For his own political gain, Trump is ripping apart the fabric of American civil society and undermining America’s global leadership role. In doing so, he is creating a vacuum that another country will fill.

Trump also recognizes that Twitter is a wonderful venue for conspiracy theories. He is now reportedly talking to associates about his infamous Access Hollywood tape being counterfeit and—once again—about allegations that Barack Obama was born outside the United States. Such charges divert the public and the news media from matters of real substance, but they are red meat for many Trump supporters.

Trump’s malicious discourse is not the fault of Twitter. The President is merely taking advantage of the latest communication device and assuming that much of the American public will be too lazy to challenge the content of his tweets. Like other social media, Twitter is merely a tool. Those who consume as well as those who send tweets are responsible for Twitter’s effects.

Note from the CPD Blog Manager: This post originally appeared on HuffPost.

Re-Thinking Social Engagement Strategies in the Age of Trump

Whether you are an executive working for an American multinational company, university, or NGO, or a diplomat serving in our embassies and missions abroad, in the age of President Trump we need to all radically rethink and...