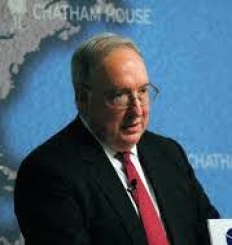 Philip Seib is Professor Emeritus of Journalism and Public Diplomacy at USC and is author of Information at War: Journalism, Disinformation, and Modern Warfare. He served 2009-2013 as director of USC’s Center on Public Diplomacy, as Vice Dean of USC’s Annenberg School for Communication and Journalism 2015-2016, and is currently a CPD Faculty Fellow.

He is author or editor of numerous books such as: Headline Diplomacy, New Media and the New Middle East, The Al Jazeera Effect, Real-Time Diplomacy and The Future of Diplomacy. His latest book is As Terrorism Evolves: Media, Religion, and Governance. He is editor of an academic book series on international political communication, co-editor of a series on global public diplomacy, and was a founding co-editor of the journal Media, War, and Conflict.