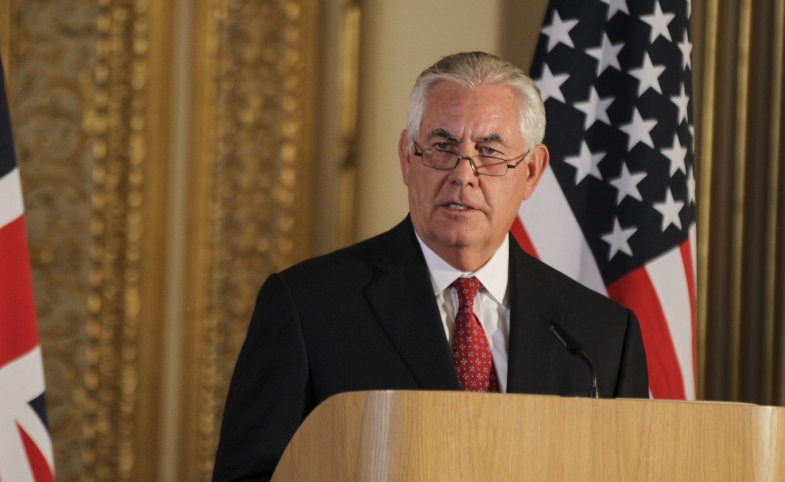 The dismissal of Secretary of State Rex Tillerson came as no surprise. He had displayed the temerity to disagree with a president who believes himself infallible and surrounds himself with sycophants. Tillerson had expressed doubts about administration policy on matters ranging from NATO to Latin America. In the Trump White House, honest disagreement is equated with disloyalty, and Tillerson paid the price.

The chief foreign policy officer of the United States is the president, and most presidents, whatever their level of knowledge about the world, relish that role. Some have kept foreign policymaking almost exclusively within the White House, even if that means humiliating the secretary of state. President Richard Nixon, for example, kept counsel solely with his national security adviser, Henry Kissinger, until Secretary of State William P. Rogers finally gave up and resigned. (Kissinger then became secretary of state as well as retaining his White House position.)

But Nixon had a coherent strategic vision about how the United States should proceed in world affairs. Donald Trump does not, and he needed Rex Tillerson to offer advice based on his global business experience as chairman and CEO of ExxonMobil. While with the energy company, Tillerson had extensive dealings with Russia and Middle Eastern countries, expertise valuable for a secretary of state.

Now, Tillerson is gone, and in secretary of state-designate Mike Pompeo, Trump may have someone too politic to disagree with the boss. Pompeo is smart – first in his class at West Point and a Harvard Law School graduate – but it remains to be seen if he will give Trump honest advice even when the president doesn’t want to hear it.

Filling vacancies with current department personnel and enlisting some outsiders will take time, as will recruiting prospective Foreign Service officers. This lengthy process must get underway immediately.

Tillerson has been reviled for his management of the State Department, which often seemed to be no management at all. He endorsed crippling cuts in the department’s budget and left many essential positions unfilled or staffed by temporary appointees. Tillerson took the heat for this, but he certainly was acting on instructions from the White House. If President Trump had wanted the State Department to function differently, it would have happened.

The fact remains, however, that the State Department has been badly damaged. In January, news reports stated that 60 percent of the department’s top-ranking diplomats had departed and applications to join the Foreign Service had dropped by 50 percent. How Pompeo goes about restoring morale and efficiency at State will be the first test of his administrative ability. This matter does not lend itself to a quick fix. Filling vacancies with current department personnel and enlisting some outsiders will take time, as will recruiting prospective Foreign Service officers. This lengthy process must get underway immediately.

A bigger test awaiting Pompeo will be how he deals with Russia. As CIA director, he certainly knows a lot about the Kremlin’s nasty meddling in American politics. Although he has now approved narrow sanctions against some Russian agencies and individuals, Trump has been remarkably reluctant to push back against Vladimir Putin’s tactics. Can Pompeo change this, or will he be muzzled by the White House?

Another possible point of contention between Pompeo and the president will be the duties of Jared Kushner, who has been placed by his father-in-law in a diplomatic role for which he is wholly unqualified. Will Pompeo try to pull peace efforts in the Middle East back to the State Department?

The list goes on. The discussion at Pompeo’s confirmation hearing promises to be lively, although the outcome is virtually certain.

One topic related to Tillerson’s ouster that has not received enough attention is the firing of Steve Goldstein, Under Secretary of State for Public Diplomacy and Public Affairs. Out of six Under Secretary positions at the State Department, Goldstein’s was the only one that had been filled. Within the understaffed State Department, he was doing a good job, speaking about the importance of public diplomacy while also sometimes serving as Tillerson’s spokesperson. Unfortunately for him, he had the audacity to publicly present Tillerson’s point of view after Tillerson was dismissed. Shortly thereafter, Goldstein himself was fired by, according to news reports, “the White House.”

If Pompeo, once confirmed and on the job, should choose to replace Goldstein, that would certainly be his prerogative. But the White House’s action in firing the under secretary as an act of revenge was yet another blow to the professionalism and integrity of the State Department. The president’s inner circle is largely composed of people who understand domestic politics far better than foreign policy.

Pompeo will need to push back against political interference, wherever it comes from. His job security should be enhanced by Trump’s recognizing that firing successive secretaries of state would be widely perceived as evidence of presidential ineptitude.

Rex Tillerson now gets to return home to Texas, a far saner place than DC. He is neither a hawk nor a dove, which did not serve him well in a Washington environment where ideological purity is required. Also, he did not learn quickly enough what the job of secretary of state required. But his biggest misfortune was to be an honest person in a regime that places little value on honesty.