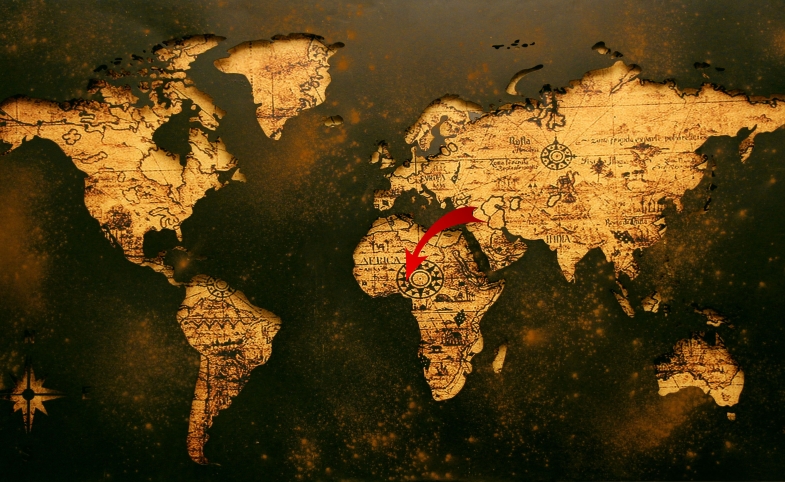 Despite President Trump’s self-congratulatory pronouncements about the demise of the Islamic State (IS), the terrorist organization is still very much alive. It has lost its physical caliphate in Iraq and Syria, but it is displaying military muscle elsewhere. In addition to the continuing threat from IS, other terrorist organizations continue to enhance their tactics and resources.

As is detailed in a recent Wall Street Journal article, a potent subsidiary of IS—Islamic State West Africa Province (ISWAP)—is operating in the Chad Basin of central Africa and is expanding its influence particularly in Nigeria. In late December, ISWAP fighters—bolstered by artillery and tanks—attacked a Nigerian army base that housed 500 troops and a large cache of military supplies. The Nigerian troops fled and IS fighters seized the supplies. This was reminiscent of IS’s rise in Iraq in 2014, when its forces overwhelmed Iraqi troops in Mosul who then retreated and abandoned much American-provided military hardware.

Trump’s view of counter-terrorism is dangerously simplistic. In a February 6 speech at the State Department, Trump said IS “now lacks a significant territorial base from which to launch terrorist attacks against other countries, recruit foreign fighters, and spread havoc across the region. Their land is gone.”

Africa is home to a deadly ally of al Qaeda, the al-Shabaab terrorist organization that perpetrated the recent attack in Nairobi. Trump rarely mentions al Qaeda, but the organization should not be forgotten. It is very much alive.

Premature claims of “victory” over terrorism are not just inaccurate, they are dangerous.

Seizing and holding territory is not the essence of the strategy employed by the likes of IS, particularly now that they have painfully learned that they are no match for the firepower of the United States and its allies. Instead, terrorists are embracing a “survivalist” approach, deploying to safe havens as they rebuild their base of supporters.

While Trump seems poised to declare “mission accomplished” in terms of obliterating the Syria-Iraq caliphate, counter-terrorism planners should be paying closer attention to Africa.

For several years, as IS’s military fortunes in Syria and Iraq declined, their prospective recruits were urged to go instead to Libya to begin building strength for new ventures. Among these efforts is smuggling weapons to ISWAP, which has now pushed aside Boko Haram as the most disruptive force in Nigeria and neighboring countries.

Africa is also home to a deadly ally of al Qaeda, the al-Shabaab terrorist organization that perpetrated the recent attack in Nairobi. Trump rarely mentions al Qaeda, but the organization should not be forgotten. It is very much alive, even if quieter than in its early years. It is active in Syria and has carved out a mini-caliphate of its own in Yemen. In testimony to a Senate committee on January 29, U.S. Director of National Intelligence Dan Coats said al Qaeda “is showing signs of confidence as its leaders work to strengthen their networks and to encourage attacks against Western interests.”

In his February 6 speech, Trump noted Islamic State’s reliance on social media. “For a period of time,” he said, “they used the internet better than we did. They used the internet brilliantly, but now it’s not so brilliant.” This might be true, but it also might be that terrorist organizations have become shrewder in their use of online venues. Popular social media services such as Twitter have aggressively been purging accounts identified as used by terrorist groups.

But for their most serious business—recruiting, fundraising, training—IS and others have moved into the harder-to-access “dark web,” a home they share with drug dealers, pornography peddlers, arms merchants, and extremists of various persuasions. As terrorism expert Gabriel Weimann has noted, these dark web sites do not show up on most search engines, they are difficult to hack, and they lend themselves to money transfers using cryptocurrencies such as Bitcoin.

Certainly, Islamic State has suffered serious damage, but it and other terrorist organizations still possess the strength to disrupt and murder. Premature claims of “victory” over terrorism are not just inaccurate, they are dangerous.

Note from the CPD Blog Manager: This piece was originally published by the Pacific Council on International Policy. Philip Seib is author of As Terrorism Evolves, published by Cambridge University Press.

Some conventional public diplomacy measures are not suitable for countering violent extremism (CVE) because they are mismatched against extremists’ more aggressive tactics. But this week, the U.S. State Department has taken...