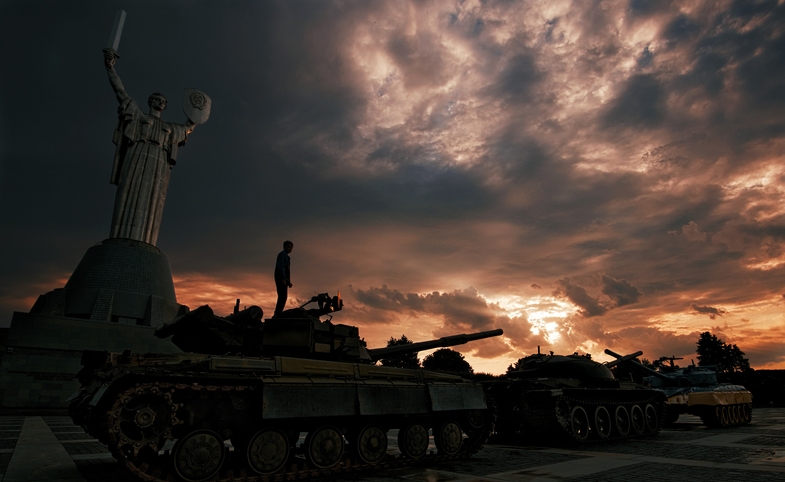 On its official account, NATO recently tweeted a video about the Forest Brothers, the guerrillas from the Baltics who fought against Soviet forces after WWII. An immediate response from the permanent mission of Russia to NATO was: “[this is] another shameful attempt to rewrite history & glorify inglorious former SS-fighters and nationalists to serve political narrative of the day.” Maria Zakharova, the spokesperson for the Ministry of Foreign Affairs of Russia, wrote on Facebook, “If Bandera is a hero now, and the “Forest Brothers” are partisans [who] fought for the Baltics, then what will happen tomorrow?”

This incident shook up not only diplomats but the whole Russian Internet: almost everything related to the history of the Great Patriotic War (the war which usually is not called WWII) is a very sensitive issue for discussion. Any effort to change the historical narrative of the war is usually taken as an act of direct ideological aggression against Russia. Moreover, the Foreign Policy Concept asserts that Russia firmly counters “attempts to rewrite history and use it to stir up confrontation and revanchism in global politics or attempts to revise the outcomes of World War II.”

A couple of months earlier another Twitter scandal happened between the official English-language accounts of Russia (powered by the Ministry of Foreign Affairs) and Ukraine (presumably powered by the Poroshenko Administration) when they sparred over the historical origin of Anna Yaroslavna, who was born in Kievan Rus and who became the queen of France in the 11th century. During his visit in France, Vladimir Putin’s remark on “Russian Anna” provoked Ukraine to respond with doubts of such an interpretation. Russia’s following reply of reconciliation was "We are proud of our common history. [Russia], [Ukraine], and [Belarus] share the same historical heritage which should unite our nations, not divide us.” Above a GIF from The Simpsons, Ukraine responded with her answer: "You really don't change, do you?”

You really don't change, do you? pic.twitter.com/HDfS9A8jWZ

Ukraine seems very vulnerable in this digital conflict, as do the Baltic states. Ukraine alludes indirectly to the ongoing conflict over Crimea and Donbass, while the Baltic states consider Russia a threat to their sovereignty and independence. Hundreds of tweets hashtagged (in the Russian language) “Kremlin, you will not rewrite our history” are coming from across the Baltic states and are primarily addressed to Russian-speaking audiences.

If the successful foreign policy of any country can be evaluated in terms of keeping good relationships with traditional allies and/or establishing and developing partnerships with new ones, then Russia’s foreign policy is a disaster.

If Russia continuously endeavors to control the historical narrative regarding her neighbors, there must be something that urges the country to do so. The answer may lie in the field of Russia’s contemporary foreign policy. If the successful foreign policy of any country can be evaluated in terms of keeping good relationships with traditional allies and/or establishing and developing partnerships with new ones, then Russia’s foreign policy is a disaster. Despite strong historical ties, the war of 2008 with Georgia has led to the severing of all diplomatic relations between countries. The conflict of 2014 with Ukraine, the closest nation politically, economically, culturally, and spiritually, pushed away at least 40 million Ukrainian people and resulted in international sanctions on Russia. Among the fifteen republics of the former Soviet Union, there are only four (!) modern independent states that genuinely cooperate with Russia within the Eurasian Economic Union (EAEU) — Armenia, Belarus, Kazakhstan, and Kyrgyzstan. More damage concerning Russia’s image occurs constantly, not to mention the Russia obsession that has recently overtaken U.S. national politics.

We currently witness how battles on the field of Twitter are becoming serious and contribute more and more to the disconnect between some countries and nations, with regard to the involvement of diplomats. It is contemporary digital diplomacy which can be represented at least in two aspects. Ilan Manor asserts they are as follows: 1) a new tool in the conduct of public diplomacy, and 2) the ability to interact with foreign publics by engaging them in dialogue. Both aspects seem reasonable, and it would be hard to deny the inevitability and advantages of digital diplomacy in the digital era. However, the above-mentioned examples of Twitter diplomacy rather worsen relationships between countries and nations. This begs the questions:

The answers are not that obvious and clearly show multi-sided digital diplomacy. Corneliu Bjola warns of the counter-trends of digital diplomacy: emotional contagion, algorithmic determinism, and policy fragmentation. These counter-trends are being detected and acknowledged in recent conflicts on social media. Russia actively uses the tools of digital diplomacy to try to promote and control the narrative. When the interpretation of certain facts and events comes from diplomats and official institutions, this is a sign of foreign policy’s desirable and expected outcome.

In the case of shared history, there is no way to suggest an appropriate narrative of any historical event that would be satisfactory for all counterparts. Digital rewriting, reevaluation, or reassertion of history is inevitability problematic. The only way to eliminate such conflicts and disconnect raised on social media is to emphasize “shared understanding and mutual openness.” This is simple, but simple does not mean easy. While nobody owns history, and there cannot be “right” or “wrong” interpretations, any attempts to control the narrative become visible immediately and are, hence, strictly opposed. This is an urging for digital diplomacy to strengthen interstate relations, softening some angles of foreign policy. This is a demand for diplomats to promote honest dialogue.

Digital Diplomacy as a Tool for Symbolic Violence

In a recent article, Sherzod Arapov from the University of World Economy and Diplomacy in Uzbekistan, focused on the use of symbolism in digital diplomacy to create "symbolic violence", defined as "a practice, manifested in...