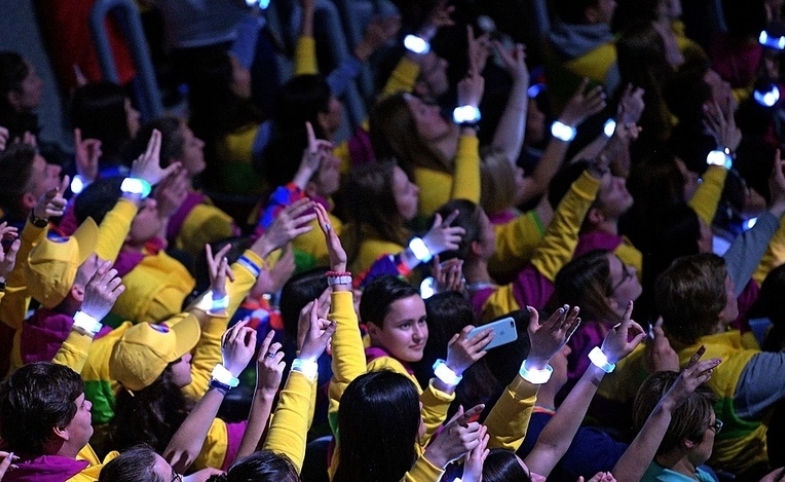 On October 2017, the 137th Inter-Parliamentary Union (IPU) in Saint Petersburg, Russia held the largest assembly in the organization’s history, with 2,500 participants, 160 delegations (more than half of which were headed by parliamentary speakers) and 400 journalists.

Members of parliaments from around the world signed the IPU petition in support of the formation of democratic societies and discussed strengthening the parliamentary dimension of the UN. In particular, the IPU aimed at being viewed as a global platform that could become a serious alternative to the Parliamentary Assembly of the Council of Europe (PACE) and the Parliamentary Assembly of the Organization for Security and Co-operation in Europe (OSCE).

Political practices often suggest that ethnic diversity determines the development of different forms of democracy in countries around the world. Contemporary dynamics of international events show that the spread of democracy on a global scale, without due regard for the peculiarities of a country’s inhabitants, leads to the emergence of regional conflicts like those in Afghanistan, Iraq, Libya, Syria, Ukraine and Yemen.

The international community has used the Assembly to reiterate its commitment to the fundamental principles of international law—the principle of non-interference in the internal affairs of states and the consequent inadmissibility of imposing democracy on sovereign states from the outside. All this will allow for further development of relationships between participating members.

This is how Russia is engaging with the world to sell its soft image. Talking about world conflicts with heads of states and other officials—as well as debating social justice, democracy and transparency in democratic institutions—allows a country to project its image as an active member of the world community. These tactics lead a nation to have a good image among other nations, leaving its citizens considered problem-solvers, not problem-creators. These events definitely play an important role in resolving conflicts, restoring peace and initiating negotiations with the goal of ending uncertainties among nations.

Gabriela Cuevas Barron was elected as new President of the IPU at the event, and the Marshall Islands, Turkmenistan, Uzbekistan and Vanuatu all became members of the IPU, bringing the total number of organization member-states to 177.

The newly elected president said that the 137th IPU Assembly had shown that the IPU is the world’s most important inter-parliamentary organization. In her words, “We have brought together almost all the world’s parliaments here. We understand that we must defend democracy and human rights. We must defend the multilateral approach and make it better. There are important people who in all earnest support the isolation of parliaments and the unilateral resolution of issues. I am confident that we will move forward responsibly.”

Seeing a country can create good memories for the visitor and leave him or her with a soft image of the nation.

The final declaration was presented by a Canadian MP, in which he outlined the objectives of the document: strengthening the legislative framework, completely eliminating human rights violations, improving cooperation, actively using the results of scientific research in parliamentary work and increasing the personal responsibility of parliamentarians.

As a system of government, democracy contributes to the realization of human potential, the eradication of poverty, the development of open and peaceful societies and improved relations between nations. This resolution notes the central role of parliaments in democracy and the need for representative, transparent, accessible, accountable and effective institutions at all levels.

Another successful event in Russia’s attempt to garner soft power was the 19th World Festival of Youth and Students in 2017. Russia’s biggest event of the year was successful in selling its soft image to 185 countries and thousands of young people who have great memories from the event.

While discussing the event and its programs with the international participants, I felt that they seemed very happy and had a great time during their stay in Russia. These conversations clearly show the success of the event, and Russia remains successful in inculcating those messages in the minds and hearts of the participants. In this way, we can measure the impact of these events, which are particularly designed for creating soft images of countries.

The 19th World Festival’s slogan, “For peace, solidarity and social justice, we struggle against imperialism. Honouring our past, we build the future,” was similar to the IPU slogan of “Promoting cultural pluralism and peace through inter-faith and inter-ethnic dialogue.” Both events highlighted issues of peace and culture. Thus, it seems that Russia is not only targeting world leaders and heads of states with talk of peace and cultural imperialism/pluralism, but also youth.

However, Russia still lacks in achieving the IPU’s theme because now is not the time of cultural imperialism; now is the time of “academic imperialism.” Academic imperialism is a new phenomenon and the latest trend in creating a soft image in the hearts of scholars, students and researchers. This is the way that nations can get better results­­—by promoting their soft image through international students in the form of student visas, research grants and scholarships. It is practiced notably by China, Germany and Turkey, which are considered favorite destinations among developing countries’ scholars and youth for study and research. In fact, the Express Tribune (an English newspaper in Pakistan) in November 2017 reported 22,000 Pakistani students studying in China.

Youth festivals often attract youth for studying, jobs, scholarships and research. After a country makes a good first impression on someone, this person may come stay in the country long-term, possibly to study and to conduct research. This automatically improves the host country’s soft power but also imposes imperialism on the person’s original culture.

These types of programs are good for mobilizing and sensitizing youth to vulnerable social issues. Seeing a country can create good memories for the visitor and leave him or her with a soft image of the nation. The tourism industry also contributes to the economy when a person attends these programs, which is good for economic diplomacy and generating revenue and prosperity. To physically visit a nation and see it through one’s own experience can eradicate biases and stereotypes from visitors’ minds.

Photo by the Press Service of the Russian Federation I CC BY 4.0 (Image was cropped)