Home|Media Framing of a Diplomatic Insult 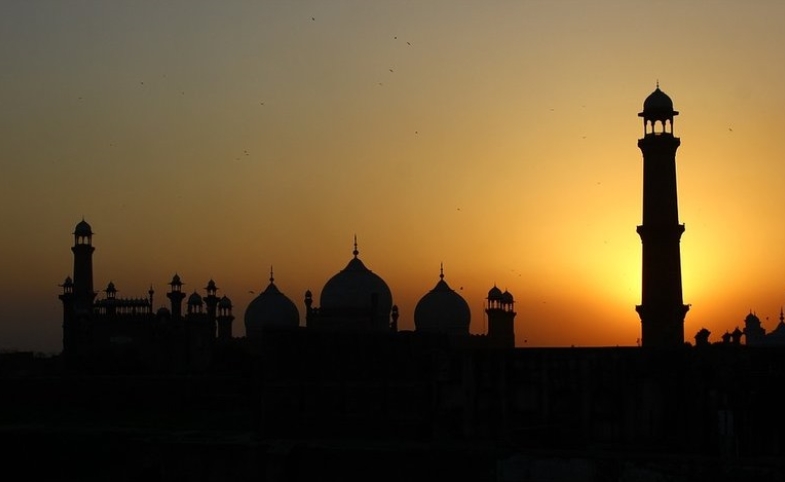 On social media, users heavily criticized the vetting. Electronic and print media framed it as an attack on Pakistan’s ideology. Media anchors, political analysts, defense analysts and civil society condemned the Pakistani government’s silence over this diplomatic insult and embarrassment to the red passport, the diplomatic passport of Pakistan.

This kind of rude behavior is humiliating for a nation who lost more than 100,000 lives and billions of dollars in a war against terrorism to defend its ally’s interest in the region and has triggered hateful sentiments in Pakistan toward the superpowers.

Pakistan has been the U.S.’ ally in the war against terrorism for decades, especially after 9/11. Surprisingly, Pakistan’s foreign office did not complain to U.S. officials at a diplomatic level to highlight the matter. This made Pakistani media even more furious over the weakness of Pakistan’s foreign policy and its foreign office. Relations between both countries are already strained. Incidents like this are highly objectionable and against diplomatic protocol.

Pakistan’s national narrative is based on the Two-Nation Theory, which states that Muslims and Hindus cannot live together under one state. My intention here is to look at the objectives and principles on which Muslim leaders laid down the foundation of Pakistan. For me, it’s better not to think what kind of state founder Muhammad Ali Jinnah wanted, but rather what kind it is now. Indian leaders convinced the British government to divide the sub-continent into two separate states to end the brutality and killings of each other at that time. Muslims wanted to enjoy their freedom and basic human rights, and to do this, they needed an independent state. It became an ideology of Pakistan.

I have only one suggestion for the government of Pakistan and so-called free media: you should look at your own actions.

Indian media, which often looks into occasions of insults to Pakistan at international forums, comprehensively covered the incident.

Previously in two other incidents, a Pakistani diplomatic delegation went to the U.S., and officials treated them in same way. Another time, an army official was abased like an ordinary person at the airport. He said he would never again visit the U.S. in his life, and he kept his promise.

The question is, why has this always happened with Pakistani officials? Is this a normal procedure? America obviously does not apply the same security procedure to everyone: once, when an Indian film star waited 45 minutes for airport security clearance and tweeted about it, U.S. officials later apologized for the long wait.

I fully understand & respect security with the way the world is, but to be detained at US immigration every damn time really really sucks.

Response from the U.S. ambassador in India:

Sorry for the trouble at LAX @iamsrk. We are working to ensure it doesn’t happen again. Your work inspires millions, including in the US.

Recently, the deputy spokesperson of the U.S. Embassy in Pakistan said that the prime minister of Pakistan was on a private visit. If I analyze the event according to diplomatic protocols, he was not holding an ordinary passport, but a passport issued by the Prime Minister’s Office in Pakistan. As per Pakistani media, he traveled to the U.S. because his sister was ill. It’s amusing, because if his intentions were simply to visit his sister, why did he meet with U.S. Vice President Mike Pence?

Media reported that it was a huge diplomatic insult and embarrassment because this goes against the ideology of Pakistan. International media highlighted and discussed this video, as it may have consequences for the U.S.-Pakistan diplomatic relationship. I am not saying that they will cut diplomatic ties, but it may trigger hatred by the Pakistani people toward U.S. policies against Pakistan.

Since the Trump administration came to power, the U.S. government has put pressure on Pakistan to do more to combat terrorism in the region, particularly in the Afghan case. The U.S. announced several times that they would call their troops back from Afghanistan, but in the end they couldn’t because the U.S. wanted to put peace and responsibility for the war on the shoulder of Pakistan, which Pakistan did not want. This is the only way for the U.S. to leave Afghanistan safely—after handing over all security charges to Pakistan.

The ongoing media debate and research by scholars of international relations claim that so far, the U.S. government has failed to achieve its goals for the War in Afghanistan and is looking for safe exit. However, they also do not want to leave Afghanistan in this current state of war; they are looking for a reliable and trustworthy partner in the region who can take over the war and let the U.S. leave safely. For many years, the U.S. government has blamed Pakistan for the failure of U.S. troops because of Pakistan’s foreign policy toward the U.S. and Afghanistan. Pakistan has criticized U.S. war policy in Afghanistan and proposed possible solutions, which did not work out because the U.S thought those policies would lead the region into more instability. Pakistan is unable to decide what to do about this very important issue because of security challenges in South Asia.

In Pakistan, the elected members of parliament are not highly qualified, nor are they honest with the nation. People should focus on casting their votes for honest and qualified representatives. I have only one suggestion for the government of Pakistan and so-called free media: you should look at your own actions. Why are superpowers treating your officials this way? I hope you face no difficulty getting a right answer.