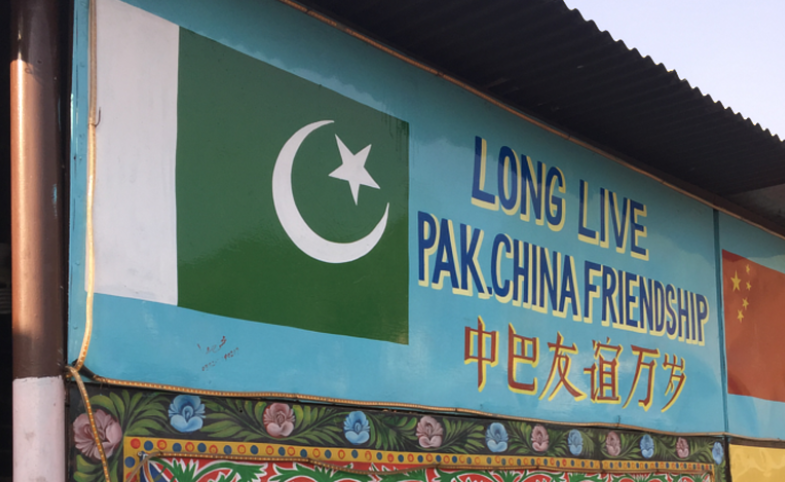 When President Trump opened the new year by calling out Pakistan on Twitter for “lies and deceit,” it reminded us that there are few more vexing geo-entanglements than the U.S.-Pakistan “alliance.”

The United States has foolishly given Pakistan more than 33 billion dollars in aid over the last 15 years, and they have given us nothing but lies & deceit, thinking of our leaders as fools. They give safe haven to the terrorists we hunt in Afghanistan, with little help. No more!

But the dynamic is evolving quickly in ways that Washington seems slow to appreciate, due to Pakistan’s growing dependence on China and its potential to move closer to Russia.

Washington may be right to withhold further military aid to Pakistan. But consider that Washington is threatening to pull back $255 million in military aid, at the same moment that China has been ardently wooing Pakistan with far greater treasure: some $62 billion relating to the China-Pakistan Economic Corridor (CPEC).

CPEC may well allow Pakistan to turn a corner. The American investment seems irrelevant by comparison in the eyes of many Pakistanis. Many are quick to suggest that past American aid fattened mainly Pakistan’s military rather than its civil society and that China’s support will allow Pakistan to modernize its economy, create opportunity for millions of its citizens, leaving behind its woes of recent decades.

As The Economist observed last September: “For Pakistan, the scale of ambition is unprecedented—a ‘game- and fate-changer’ as overwrought locals put it. If CPEC gets electricity and goods flowing efficiently, then growth could jump by over two percentage points a year, by one estimate. Better yet, CPEC could shift the national narrative—too often dominated by coups, extremists and a chippy kind of nationalism—towards economic construction.

This does much to explain Islamabad’s less-than-apologetic response to Trump’s inflammatory tweet. It also helps explain why China publicly stood up for its southern neighbor.

For years, Washington has complained, with merit, about a perceived ambivalence on the part of Islamabad to crush terrorists, especially given how the U.S. has spent billions to sponsor Pakistan’s anti-terror efforts.

The U.S. and other Western nations bear a certain responsibility—for investing in a house divided and expecting that divided household to do their bidding.

Trump is characteristically blunter in expressing frustrations than the presidents who preceded him, and far less diplomatic than those career diplomats living within the Beltway.

This is not to say that he is entirely wrong. Last night in Islamabad, I watched a group of affluent professionals debate Pakistan’s relationship with the U.S. and with extremist groups. Some here concede that Pakistan has been involved in what amounts to a so-called “double game,” as Pakistani soldiers lay their lives to fight terror even as other elements of the military and intelligence leadership undercut that fight. Pakistani journalist Ahmed Rashid has documented the problems thoroughly (though this review of one of his books by Benazir Bhutto’s niece demonstrates the complexity of the debate).

This amounts to a quiet civil war within the Pakistani government. While many of them sign agreements to accept foreign money to fight terror, others believe that Pakistan’s best interests involve strategic alliances to push back against India and Iran. This involves a certain accommodation of extremist networks inhabiting the dusty frontiers that connect Afghanistan and northwest Pakistan.

This may well be a major sin on Pakistan’s part. But the U.S. and other Western nations bear a certain responsibility—for investing in a house divided and expecting that divided household to do their bidding. To use Trumpian bluntness, only an idiot would expect a happy return on such an unpromising investment.

The Pakistanis are an intensely proud people, often problematically so. They pursued nuclear-weapon capability despite global condemnation and economic hardship because they believed it was a necessary bulwark against sibling rival India. And many here have long resented the sense that Islamabad has been “bullied” by Washington in a war on terror that many here feel is a counterproductive, never-ending slashing of Hydra heads.

The Trump tweets, and subsequent warnings from his administration, suggest that Pakistan continues to slide in Washington’s mind from ally status to frenemy status to possibly full-enemy status. This is a human disaster for those of us who have ties to both nations. The relationship desperately requires renewal. But American threats to suspend military aid are not scaring the Pakistani street—or its government—to change course. Not with China standing so close by.

Photo courtesy of Rob Ashgar: A sign at a popular Islamabad restaurant captures the manner in which Pakistan has moved ever closer to its “all weather” friend to the north.

A recent mobile video that went viral on social and mainstream media showed Pakistan’s Prime Minister Shahid Khaqan Abbasi being frisked at John F. Kennedy International Airport in New York during his private visit to the U....