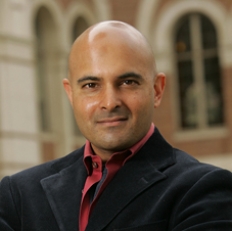 Rob Asghar is a Pakistani-American political writer whose essays and commentaries have appeared in more than 30 newspapers around the world, including The Wall Street Journal, Chicago Tribune, Denver Post, Philadelphia Inquirer, Jordan Times and Japan Times. He is currently a regular blog contributor to Forbes. Asghar began publishing columns about East-West relations and American foreign policy shortly after the September 11, 2001 terrorist strikes on American soil, offering a perspective shaped by his travels and his roots in Pakistan. From 2011 to 2017, he served as a special adviser to the USC Office of the President, and is currently the director of presidential communications at Northwestern University. He has been a publicist and speechwriter for executives in business and academia, and has edited books on management and theology. He is a member of the Chicago Council on Global Affairs. All opinions expressed are his own.