Home|Going Back to the Public in Diplomacy: Citizen Diplomats and the Nature of their Soft Power 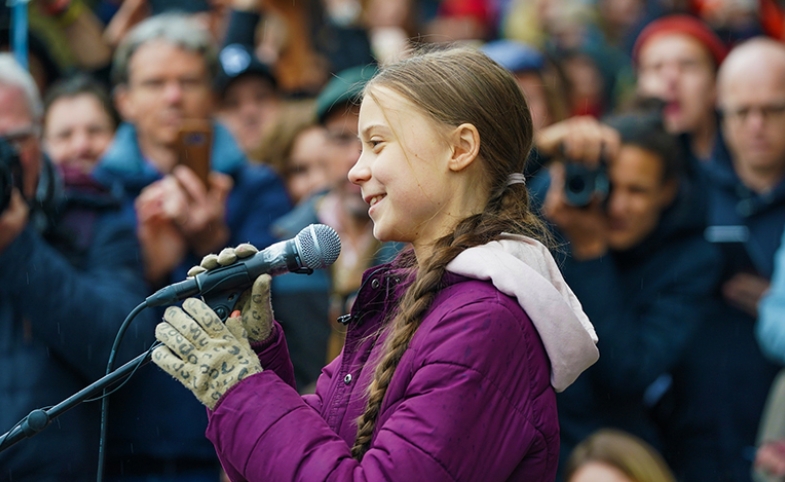 Going Back to the Public in Diplomacy: Citizen Diplomats and the Nature of their Soft Power

Note from the CPD Blog Manager: This piece is based on the authors’ chapter, “The Citizen Diplomats and their Pathway to Diplomatic Power,” published in Diplomacy, Organisations and Citizens: A European Communication Perspective from Springer International Publishing, edited by S. P. Sebastião and S. C. Spínola (October 2021).

The rise of non-state actors in public diplomacy is a fact that reflects the decrease of state agency in international affairs. Traditional public diplomacy has become more fragmented, agent-based and focused on a soft power approach. This is reflected in the case of citizen diplomats who, increasingly so, act in an international context and impact foreign policy and diplomacy directly. The rise of celebrity diplomacy and transnational ethnopreneurs describes the stage on which national governments and supranational organizational actors employ either well-known individuals or low-key entrepreneurs to publicize causes and to engage in foreign policymaking circles. However, the current literature on both types of citizen diplomats does not discuss the nature of the soft power they wield in their attempts to impact policymaking regarding issues relevant at the personal level.

Therefore, our study looked into how citizen diplomats access existent power mechanisms or even build new ones. We addressed two research questions. First, we tried to see how citizens convert different types of capital into soft power resources in order to achieve diplomatic influence and impact at the policy level. Then, moving from actions and process to profile and communication, we asked a second question: when discussing citizen diplomats, what is their nature in terms of license to operate, the nature of their power, personal brand and the presence or absence of a strategic communication approach?

We used Andrew Cooper’s criteria for contemporary celebrity (citizen) diplomats—namely a sense of purpose, an ability to interact with high-level state officials and a global reach—in order to conduct our selection process for private individuals capable of acting in a diplomatic setting. We then applied Paul Sharp’s taxonomy pointing to five types of citizen diplomats and generated five case studies that reflect them: George Clooney as a “go-between” citizen diplomat; Ashton Kutcher as a representative for sectoral, regional or local economic interest; Malala Yousafzai as a lobbyist or advocate for a particular cause; Greta Thunberg as a subverter or transformer of existing policies and/or political arrangements, domestic and/or international; and Bill Gates as an autonomous agent in international relations. In the case studies we used Joseph Nye’s model of conversion of soft power (resources, policy tools, conversion skills, target response, outcomes) to analyze how these citizen diplomats transform their own specific type of capital into symbolic capital and then into diplomatic power, as well as whether or not this process has any policy outcomes. We structured the case studies to reflect the components of this soft power conversion model, which we adapted to the realities of citizen diplomacy and citizen diplomats and transformed into a data collection and analysis grid.

The contemporary citizen diplomat is hybrid and multileveled. Their identity is shaped from a mix of personal and professional elements, and this multifaceted appeal helps them to advance their agenda.

Taking into account these case studies, we first found out that citizen diplomats use their personal capital as the main source of soft power, though the nature of the capital may vary: cultural capital for George Clooney and Ashton Kutcher; social capital for Malala Yousafzai and Greta Thunberg; economic capital for Bill Gates. Second, we saw that through constant communication combined with a rapid response capability, the use of strategic communication and the development of long-lasting relationships with key individuals over a long period of time, citizen diplomats position themselves as “advocate first, diplomat second.” Using promotional techniques aligned with their personal brand, they build networks that can support, amplify or validate their personal brand and employ the various awards they receive as legitimation tools. Lasting relationships are then employed for diplomatic purposes. For citizen diplomats, obtaining diplomatic power represents their main challenge. This can be overcome by developing a type of capital relevant to their identity and actions and transforming it into symbolic capital, a process that entails the use of promotional techniques and organizational development strategies addressing both diplomatic elites and the general public at the international level.

We also found out that the contemporary citizen diplomat is hybrid and multileveled. Their identity is shaped from a mix of personal and professional elements, and this multifaceted appeal helps them to advance their agenda. In this way, citizen diplomats have access to multiple public spheres, and the validation they obtain in these public spheres gives them the power to perform diplomatic functions. At the same time, the incorporated role of lobbyists and advocates for a cause (Sharp’s taxonomy) is performed differently, which gave us the possibility of including them in different categories.

Our study concluded that:

“George Clooney acts as a go-between, Greta Thunberg asks for a fundamental change of approach and is in a subversive opposition to major diplomatic players, Ashton Kutcher brings together tech interests and child protection, while Bill Gates has the economic power to circumvent states and to have an instrumentali[z]ation approach to them.”

The final level for achieving credibility as diplomats is reflected by the need for organizational support. In comparison with traditional diplomats, citizen diplomats are preserving their autonomous identity; they don’t become co-opted by those organizations. The autonomous status is preserved thanks to the existent capital, which allows citizen diplomats to have their own public persona. This construct is reinforced by the indirect manner in which citizen diplomats act; by engaging and mobilizing international publics and audiences, they put pressure on government elites to impact the public agenda.

Reflecting on the indirect nature of citizen diplomats’ actions, we end our discussion with a few critical questions. Further inquiry into the domination of Western/North citizen diplomacy has to be addressed; even though we identified increasing scholarship on China’s public diplomacy, other spaces are less researched, as well as the constant transitions of citizen diplomats between different regions. Also, we saw how citizen diplomats constantly intersect with civil society diplomacy; therefore, further exploration of the intersections between these two forms of diplomacy becomes stringent in the context of contemporary diplomacy.