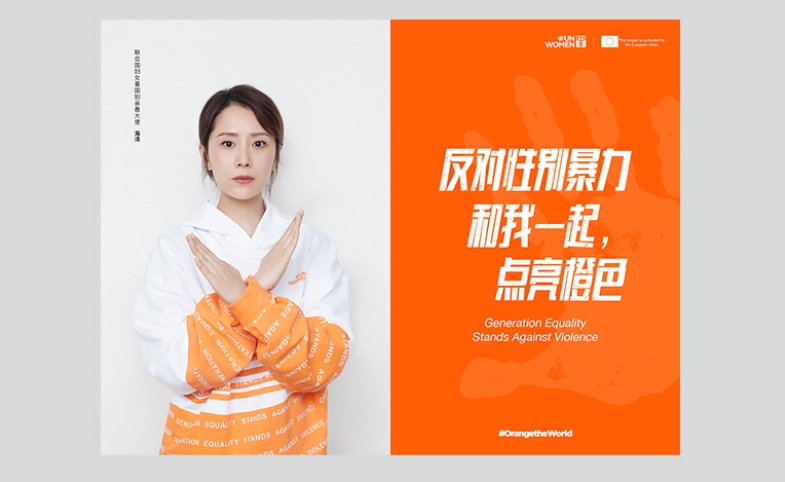 There is growing concern about China’s influence in the UN system. More than 25 percent of UN agencies are led by Chinese representatives. Beijing’s increasing activism in the organization is raising foreign eyebrows at a time of increasing Chinese geopolitical maneuvering. However, the UN is also visible in China. Crucial in the UN’s public diplomacy effort are around 30 Chinese celebrities. These informal UN goodwill ambassadors engage online with the public on behalf of the world organization. In International Affairs, we analyze how nine Chinese UN celebrity ambassadors with a total of over 400 million followers communicate online, what this means for our understanding of celebrity diplomacy as a global phenomenon, and who benefits from their outreach.

Weibo is perhaps China’s most heavily censored social media platform. In the rapidly shrinking public sphere under Xi Jinping, any prior opportunities for goodwill ambassadors to discuss work toward the achievement of the UN Sustainable Development Goals (SDGs) within China have all but evaporated. How, therefore, should we make sense of celebrity diplomacy with Chinese characteristics?

China’s celebrities are operating in a political and cultural environment in which they navigate the expectations of multiple parties. First, there is the UN as the accrediting international organization, whose strategies and policies are geared toward the propagation of universal values. Second, there is China’s government, which has an overriding interest in using Chinese stars to promote nationalist narratives and offers little scope for deviant messaging in China’s infosphere. Third, there are Chinese societal expectations of national heroes, which lead to the wider public in China casting ‘their’ celebrities as moral role models. Moreover, China’s celebrities do of course have their own personal business interests.

Public and above all political expectations are key variables in shaping China’s celebrity culture. In the West, celebrities are considered to have independent agency and are seen as outsiders who enter the political sphere to encourage participation and engagement in informal political processes. Quite the opposite is happening in China. Indeed, it is doubtful whether Chinese celebrities benefit from any form of enhanced agency because of their informal diplomatic activity.

More than anything, China’s celebrities are aware of their leadership’s expectations that they display vigorous patriotism in their messaging. Hong Kong actor Jackie Chan is a case in point. In 2018 he tweeted, "I am proud that I come from China, a place to entrust in my heart. There is a motherland behind me wherever I go… After the Reunification, I can say I am Chinese wherever I go." Chinese celebrities perfectly understand the importance of collective norms and expectations regarding their behavior. They realize that active endorsement of their home government’s policies will massively boost their careers in China’s highly competitive entertainment industry. If transnational mobilizing power is the hallmark of celebrity diplomacy, are the UN’s envoys in China conducting celebrity diplomacy at all?

In our research on celebrity diplomacy in China we analyze practice, specifically what the UN’s Chinese celebrities do and in particular, how they communicate on Weibo in their capacity as informal UN diplomats. We see that, in particular, the new-generation diplomats, like actress Hai Qing and Singer Karry Wang, have become more active in UN-related activism. In contrast, old-generation ambassadors like actors Jackie Chan, Li Bingbing and Chen Kun have become less active online. We conclude that China’s changing political environment under Xi Jinping has had a greater influence on old-generation celebrities’ online presence than the growing incentive to be an advocate for the UN’s cosmopolitan values.

The new generation's activism has become more symbolic. The use of symbols to represent ideas helps avoid political entanglements and is hence less problematic in China’s party-state. It enables the Chinese celebrities simultaneously to assume the moral leadership expected of them by their domestic fandom, fulfill their obligations as informal UN ambassadors and endorse the party-state’s UN discourse. It is an unavoidable compromise in today’s China. The new celebs hence prefer to stick to slogans. They do not discuss the UN’s SDGs, let alone in a Chinese national context. They are keen to avoid anything in their online messaging that might provoke debate in China’s over 500 million active online community members on Weibo. Back in 2012–13 Chen Kun, UNICEF’s goodwill ambassador to China posted on children’s living conditions in a poverty-stricken region in southwest China. After 2013, during Xi Jinping’s presidency, he has stopped mentioning said problems altogether. The available avenues for celebrity diplomacy have changed, and that change is bound to stay.

The UN would benefit from a better understanding of how its celebrity ambassadors’ messages unfold in China’s political reality, and indeed elsewhere. UN communication strategy should not be limited to global messaging from the center but should also critically examine the translation and adaptation of central messages by its goodwill ambassadors in receiving countries. After all, the UN may be dominated by liberal democracies, but it accommodates many authoritarian countries.

Beyoncé and Jay Z are proving that America has the diversity and creativity to survive the new China challenge. The musical duo inspires a new generation, shows America’s cultural strength, resilience and power—and just may...

Note from the CPD Blog Editor: This blog is based on the author’s article “Consular diplomacy’s first challenge: Communicating assistance to nationals abroad” published in the Asia & the Pacific Policy Studies (APPS)...